With how often we see General Motors LS engines being dropped into cars, and the wide variety of vehicles we see with an LS swap, one could be fooled into thinking that fitting one of these engines into a car is easy. But as this three-part video series from YouTube’s V8TV shows, swapping an LS V8 into a car that it was not originally meant for isn’t such an easy task.

The series follows the V8TV crew as they install a 6.2L LS3 V8 engine and a Tremec T56 transmission in a 1969 Corvette C3. Like many restoration jobs, whether it be home or automotive, there are some unexpected twists and turns that make this seemingly straightforward swap a bit more complicated than one may expect. 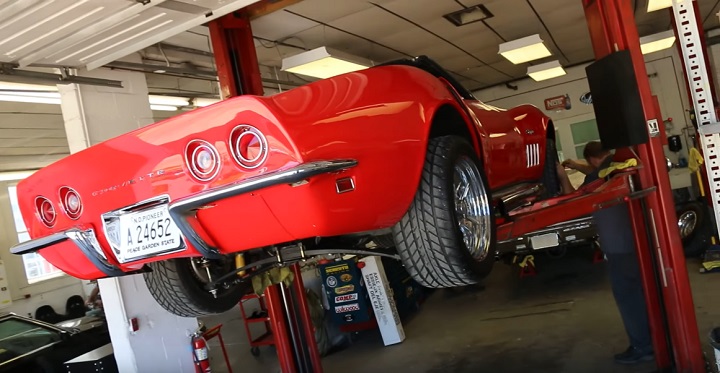 The C3 Corvette featured vacuum-operated flip-up headlights and a vacuum-operated “trap door” to hide the windshield wipers and spindles. This was an elegant and rather innovative solution back in 1969, but the vacuum system is known to burn out over time, which they both had on the customer car in question. The V8TV guys turn to Detroit Speed for some help, which offers an electronic conversion for the headlights and wiper trap door, making them more reliable and easier to service. See? Things are already getting a bit complicated and we haven’t even gotten to the engine swap yet!

After completing this job, the V8TV crew goes about cutting a hole into the C3 Corvette’s floor to fit the rather large six-speed manual transmission into the vehicle. They then have to weld in a newly designed transmission tunnel before they are able to drop in the engine and gearbox. We don’t want to take away from the three-part series, though, so check it out embedded below to see how this surprisingly complicated project comes together.