As the new 2020 Chevrolet Corvette proves, moving a vehicle’s engine to the middle brings all kinds of performance benefits. Not only that, but a mid-engine platform brings with it new proportions and styling parameters. So what happens when that same goodness is applied to another Bow Tie brand icon – the Chevrolet Camaro? Well, then you get something like this mid-engine Camaro rendering. While some of us here at GM Authority can’t take our eyes off of it, others can’t stand to look at it. Created by freelance 3D designer and animator Rostislav Prokop, who posted the rendering to social media so Instagram, this mid-engine Camaro is a mashup of the latest Camaro fascia styling lines, as applied to the Chevrolet Corvette C8 body. The rendering is in video form, with the camera taking a walk around the mid-engine Camaro while a looped V8 audio track plays in the background. Covered in bright orange paint and complemented by black accents, the mid-engine Camaro sits low over deep-dish wheels, tucking the low-profile tires under wide fenders. The brake calipers are finished in red, and the lighting accents complement the aggressive line even further. The roof is also finished in black, while the frunk sports a deep air vent section… though without an engine to cool, it seems rather unnecessary. 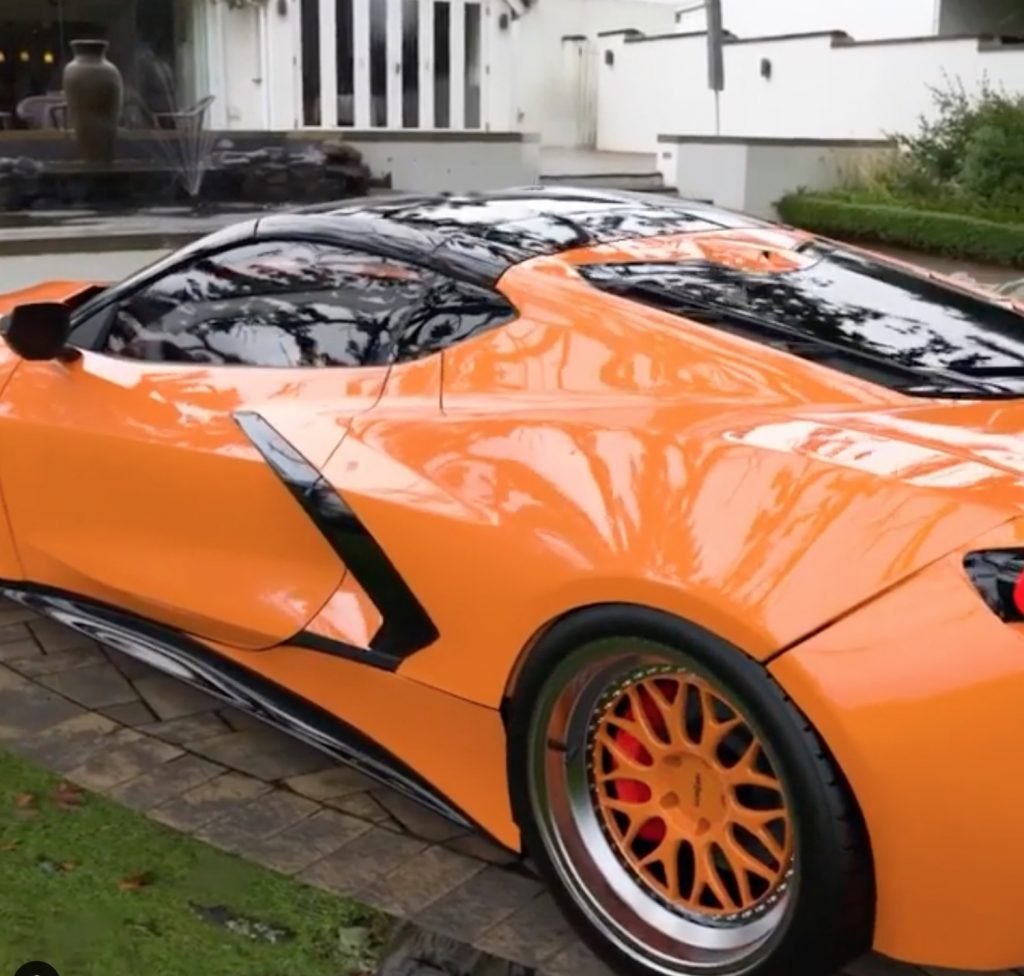 With horsepower becoming more and more plentiful these days, the move to a mid-engine configuration may become more common. After all, when the engine is closer to the rear wheels, traction is vastly improved. That said, there’s currently no indication that General Motors will actually make a mid-engine Camaro, but still, given renderings like this, such a configuration wouldn’t necessarily be a terrible idea when pushing the envelope of performance. In fact, this isn’t the first mid-engine Camaro rendering we’ve seen.

On the flip side, one has to wonder if Chevy has the need for two mid-engine sports cars, or if it would be better off with both mid-engine and front-engine offerings in its portfolio. That said, the Camaro could potentially forego an internal combustion engine altogether in favor of a battery pack, and become one of the 20 new all-electric GM models to be introduced by 2023.

What do you think, dear reader? Are you a fan of this rendering? If this were a real vehicle, would you want it in your garage? Let us know by posting your thoughts in the comments, and make sure to subscribe to GM Authority for more Chevrolet Camaro news, Chevrolet news, and around-the-clock GM news coverage.