The Chevrolet Citation was once the best-selling car in the United States, with General Motors moving more than 800,000 of them in the vehicle’s launch year in 1980. Despite this, the Citation is quite a rare sight these days, although we recently stumbled across one for sale on the used market via Cars.com.

Unfortunately, the Citation we found listed for sale is no regular example. The car was at some point converted into a strange three-wheeler with a central seating position and a rear-mounted engine – surely making this one of the weirdest custom Chevys we’ve ever laid eyes on. 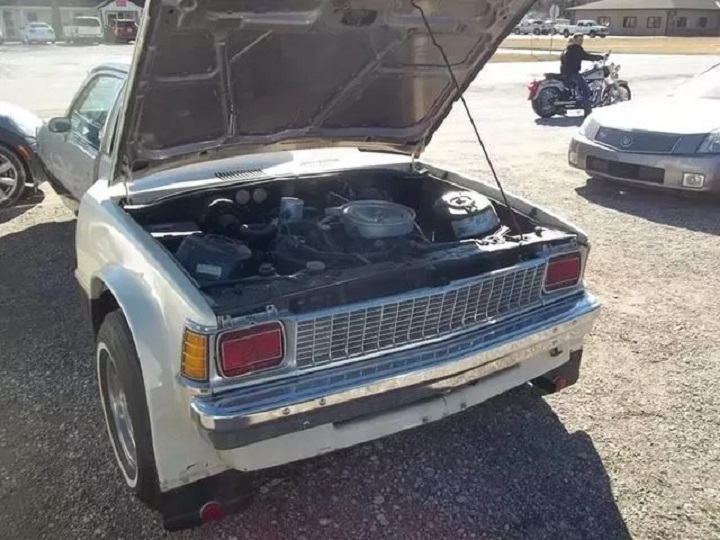 According to the listing, the car was built by an unknown fabricator who “made a lot of crazy projects before this one.” You may be concerned as to the quality of the workmanship on display here, but the seller claims the builder had “plenty of practice,” before slapping this strange creation together. 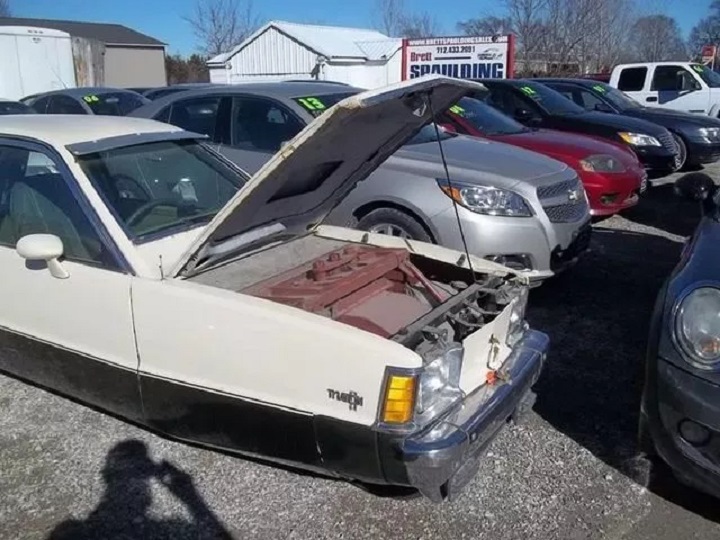 This car appears to have been built by cutting the car in two and attaching the custom, two-seat cabin section to the back end of what was formerly the front end of the vehicle (confusing, we know). The back end (formerly the front end) still retains the Citation’s intake grille and headlights, though the lights have been tinted red to convert them into brake lights. The builder appears to have put together a custom front fascia with different headlights to make up the other end of the car. 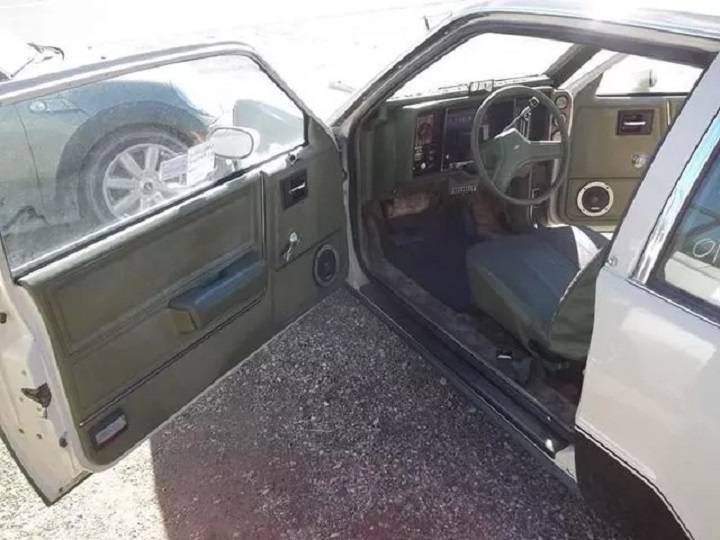 We’re not sure if this car still runs and drives, but the listing seems to indicate it does, as it does not mention if any work is required work to get it on the road. It does say it could use a paint job, but honestly, we’re not sure a paint job will make this monstrosity look any better.

The seller is asking just under $5,000 for this rear-engine Chevy Citation, which seems like quite a lot. They are also open to taking trades, though the listing does not say what kind of items they may be after. It’s worth noting the seller also has this car listed as a 1989 model year vehicle, but the final year of production for the Citation was 1985.

Check out the listing at this link and feel free to let us know what you think of this strange Citation in the comments down below.