Retired hearses appear for sale on Craigslist and eBay surprisingly often. These vehicles are usually quite cheap, for rather obvious reasons, but today we bring you a hearse that just may sell for a somewhat significant sum.

This 1993 Cadillac Fleetwood hearse is no average, run-of-the-mill funeral vehicle. To our knowledge, this is actually a Japanese “miyagata” hearse – lavishly decorated funeral coaches that are intended to resemble Buddhist temples and Shinto shrines. According to Japan-based blogger Mark Weitzman, the popularity of miyagata has been in steady decline in recent years, with some residents saying the vehicles are “tacky and depressing.” 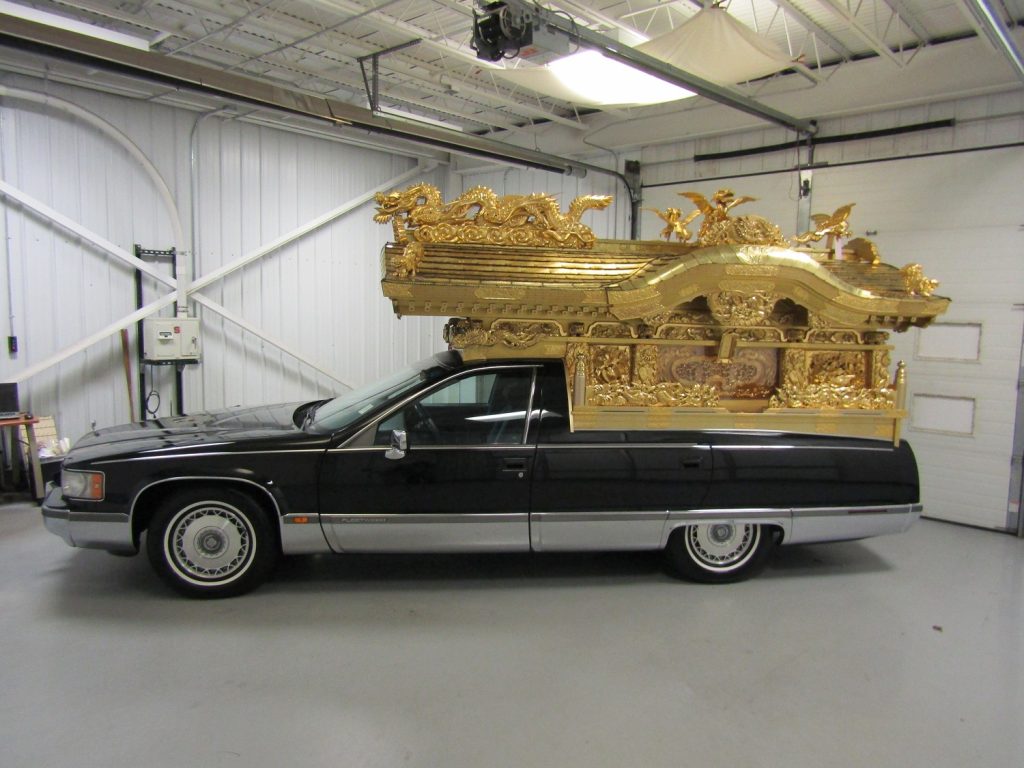 That may be why this 1993 Cadillac Fleetwood miyagata has come up for sale. It’s not clear if it was used by a Buddhist funeral home somewhere in America, or if it was brought in after the fact from Japan or someplace else. Whatever its history is, it’s now for sale through Tennessee-based classic car dealer Duncan Imports and Classics, who is asking a not-insignificant $17,000 for it.

While the price is quite high, we’d say it’s justified. We’re not sure how much an ornate limousine such as this is worth, but we can’t imagine the extremely intricate back portion was cheap. It’s also been used quite sparingly, showing just 26,100 miles on the odometer. Also, where else is it possible to find a miyagata-style hearse for sale in America? 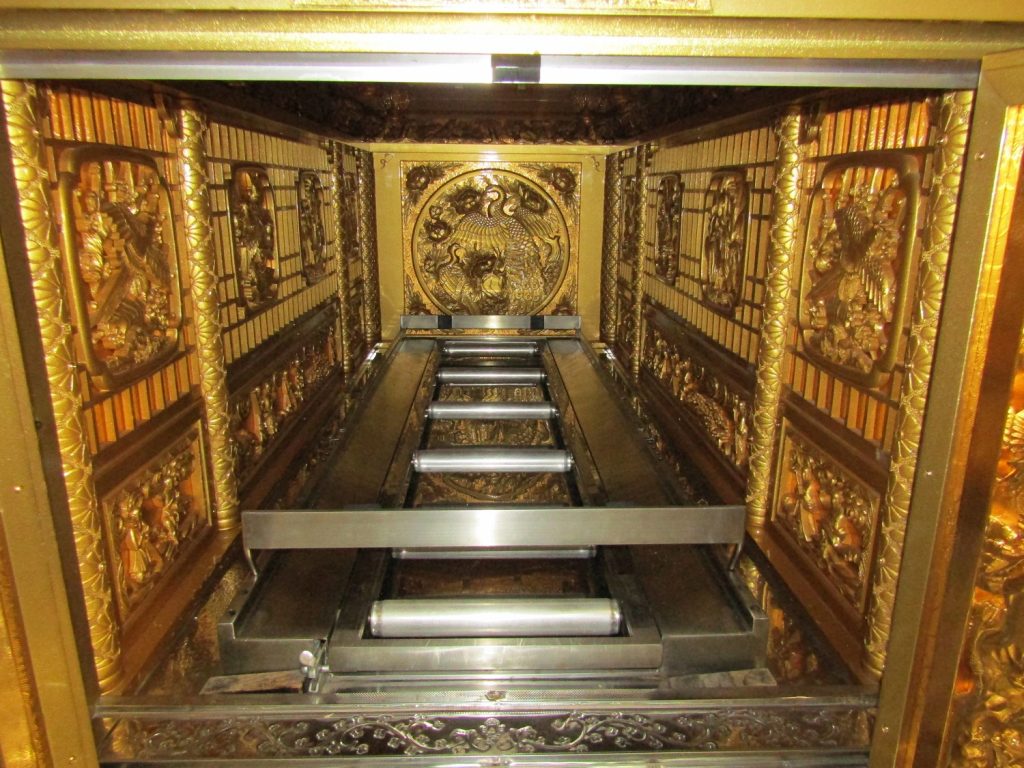 This car would be an interesting conversation piece for any car collection or museum and would also probably be a hit at car shows. It also has plenty of life left in it, so perhaps it will be put back into service by a Buddhist temple or funeral home.

Check out the listing at this link for some more photos and information on what is surely one of the strangest for-sale vehicles we’ve ever featured here on GM Authority.