Ever since GM launched the Chevrolet Silverado Medium Duty range for the 2019 model year, GM Authority has been steering the conversation about giving the new commercial truck a regular truck bed. Though there’s a substantial amount of interest in getting these trucks with a regular pickup bed from the factory, GM does not have plans to offer such an option, at least as of this writing. That chain of events has led us to render such a creation back in December. But now, Tennessee-based TriCity Customs has affixed the bed of a Silverado 3500HD to a 2020 Silverado Medium Duty. 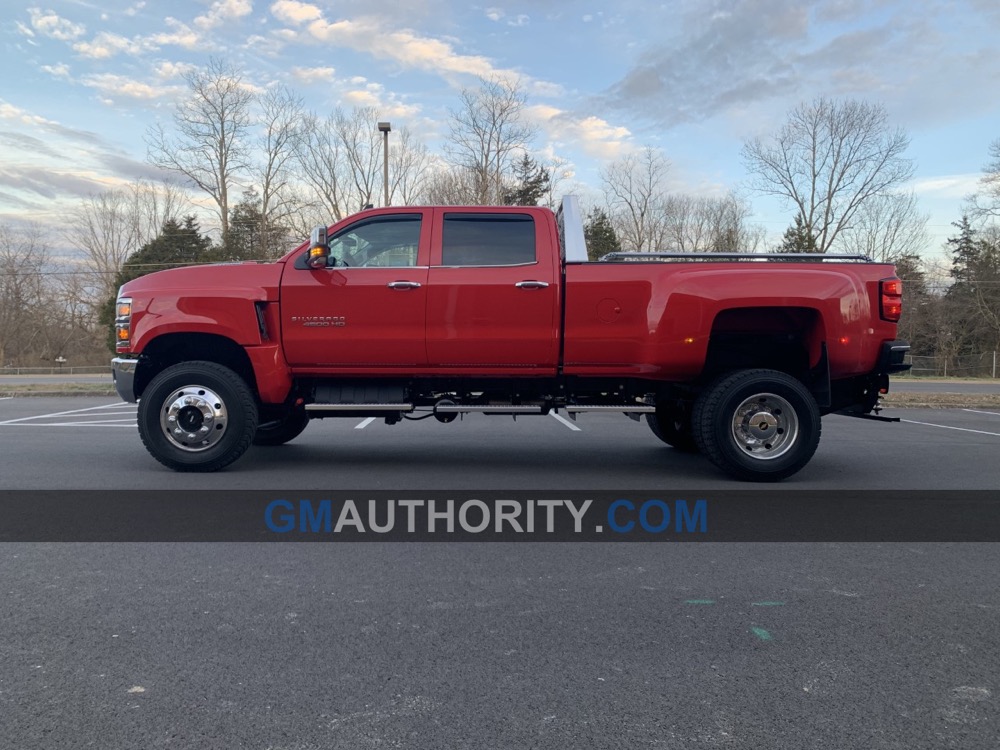 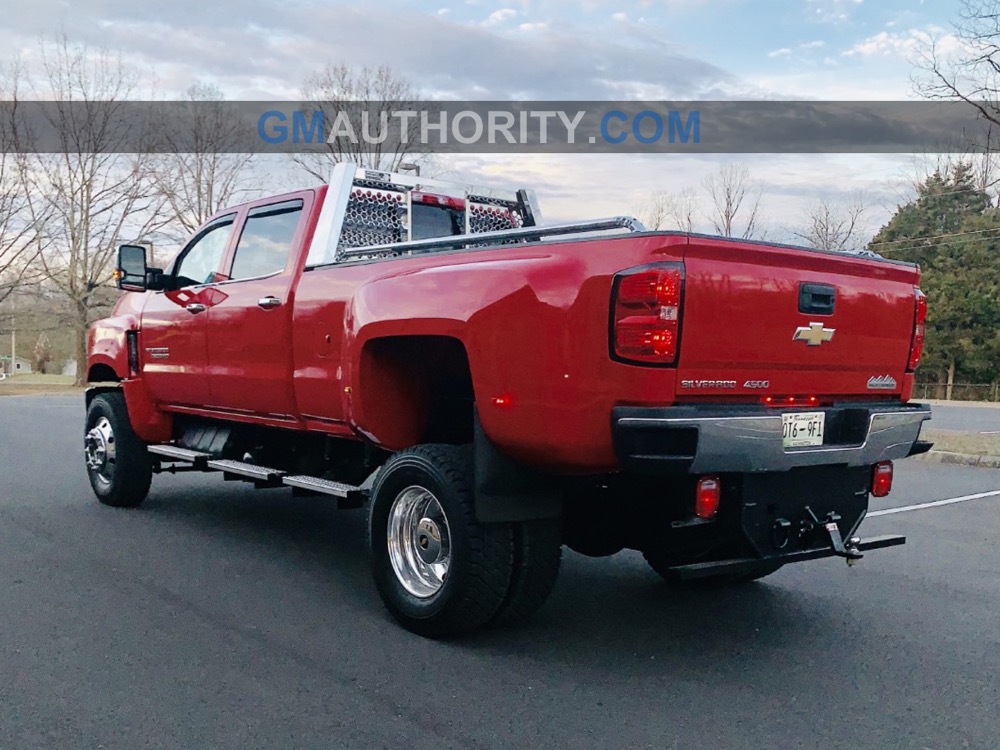 They then took the box from a K2-generation Silverado 3500HD Dually, added five inches at the front end to better fit the Medium Duty’s greater length, and installed it on the 4500HD truck, leaving a space of about 6 inches between the rear end of the cab and the front end of the box. For those who remember the old Kodiak Monroe Conversions with their fiberglass boxes, those models had a “no step” area in that space. Matt says that this space could either be covered up, or used to install additional reservoirs for fuel. 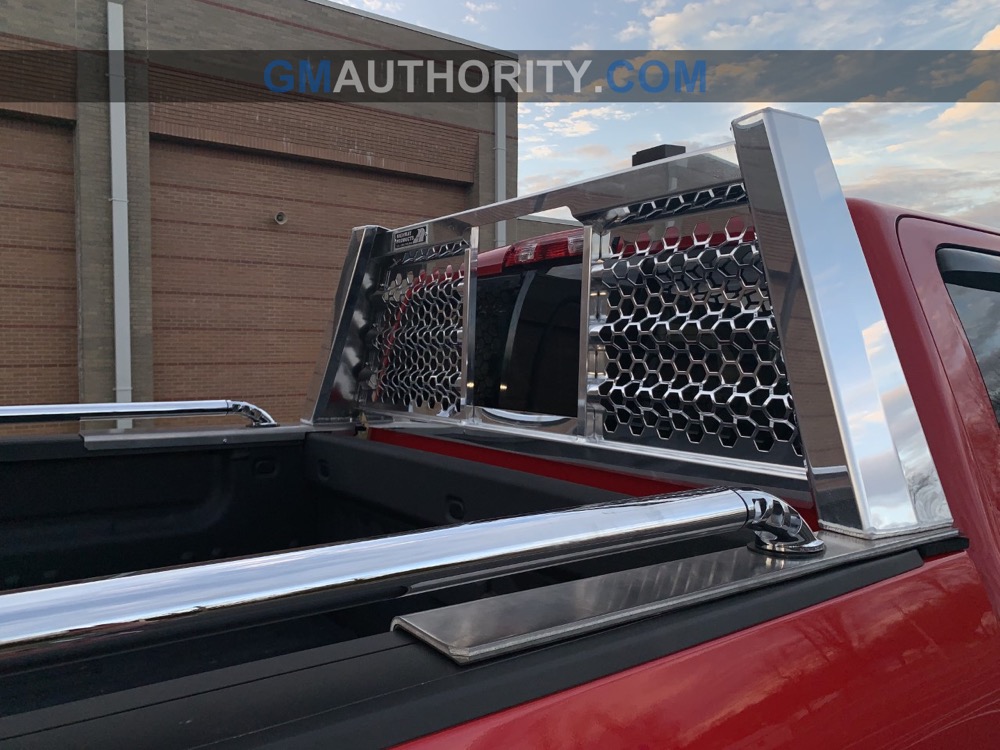 The bed has the factory spray-in liner, while the rear end of the truck has two sets of lights – the lower ones that come attached to the rear of the frame from the factory, and the regular tail lights on the box. Thanks to extra wiring harnesses that are included in the bed, both sets are functional, as are the side marker lights on the box’s fenders.

What’s more, this Silverado 4500HD also has a functional backup camera (rear vision camera, in GM parlance). In fact, the Silverado Medium truck comes with a camera and all the necessary wiring from the factory, so TriCity swapped the box’s original camera, located near the tailgate release handle, with the camera included with the Medium Duty truck. 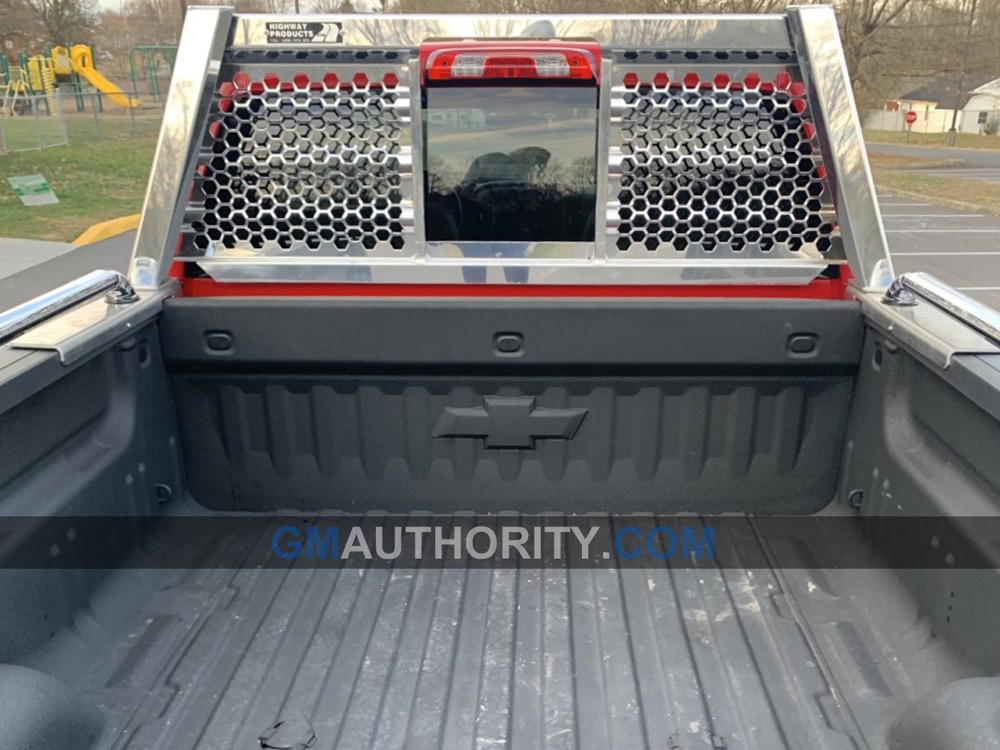 Being their first, this particular build took TriCity Customs about 12 months, but Matt tells us that they can do the conversion for interested customers in a much more reasonable timeframe now that they know what’s involved. The shop is currently working on a website, but in the meantime, they can be reached using the following contact info:

The Chevrolet Silverado Medium Duty is a commercial truck that’s the result of a partnership between General Motors and Navistar. The vehicle is built by Navistar, using a last-gen Silverado cab and GM’s 6.6L V8 L5D turbo-diesel Duramax engine mated to a wide spectrum of Allison transmissions. The conventional medium duty truck is available in three models – 4500HD, 5500HD, and 6500HD – with various frame lengths and GVWRs.

Like exclusive stories like this? Then be sure to subscribe to GM Authority (it’s free) for the latest Silverado news, Chevrolet news, and ongoing GM news coverage.