Ringbrothers’ custom 1969 Chevrolet Camaro, nicknamed “Valkyrja,” was undoubtedly one of the most impressive builds at SEMA last year. And that’s really saying something, given SEMA’s reputation for displaying some of the finest bespoke automobiles ever produced by the aftermarket. Nevertheless, Valkyrja secured a win for the Ringbrothers shop in the 2019 SEMA Battle of the Builds, and managed to draw a huge crowd throughout the entirety of the world-renowned auto event. Now, Ringbrothers is profiling this amazing Chevy with a new video. 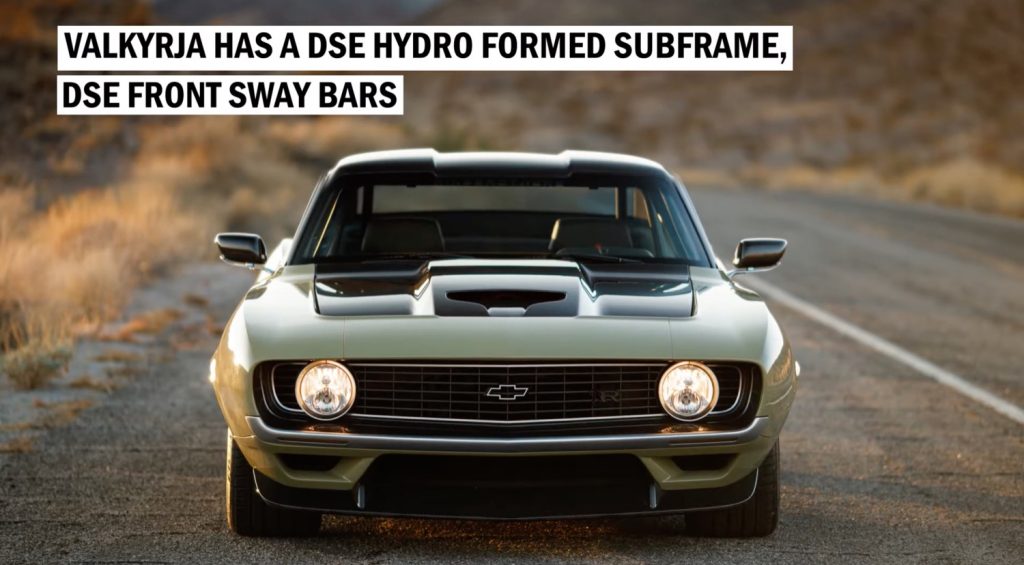 Clocking in at one-minute, 43 seconds, the video is essentially a compilation of lovely static shots of the Valkyrja Chevrolet Camaro, plus some overlaid text detailing various bits of the build.

Watching the video, it’s really no surprise why this custom Camaro managed to secure a win in the SEMA Battle of the Builds competition. Every single detail on this machine was excruciatingly picked over. The harder you look, the more awesome stuff there is to be found. 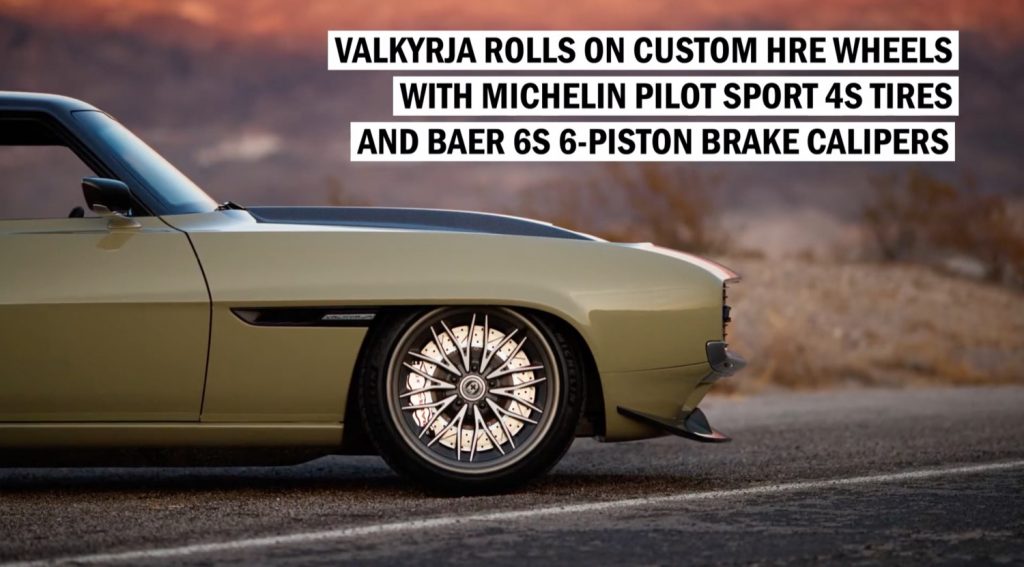 Broadly speaking, the Valkyrja Camaro uses a custom carbon fiber body, which sits low and wide, looking like a fantastic combination of new and old. Tasty composite can be seen peeking out from the front air dam, the hood, the roof, the rear diffuser, and the rear fascia. The rear view gives us a look at the center-mounted Flowmaster exhaust, not to mention absurdly wide Michelin Pilot Sport 4S tires mounted on custom wheels from HRE. 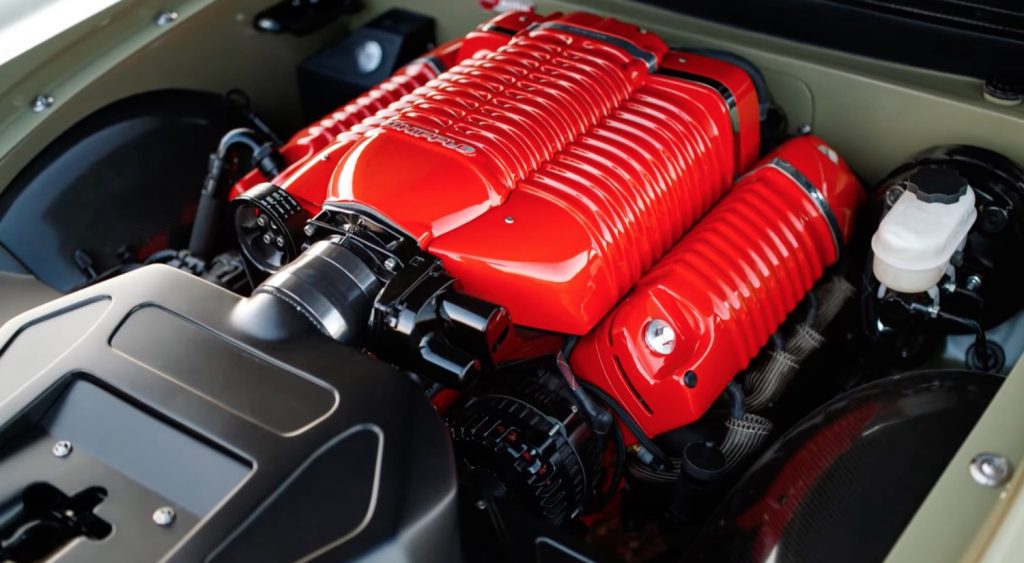 Output is provided by a blown 416-cubic-inch LS3 V8 engine, which was upgraded by Wegner Motorsports to throw down upwards of 890 horsepower. A 2.9L Whipple supercharger stuffs the ‘eight with boost, while an upgraded six-speed Tremec transmission provides the cog swaps. 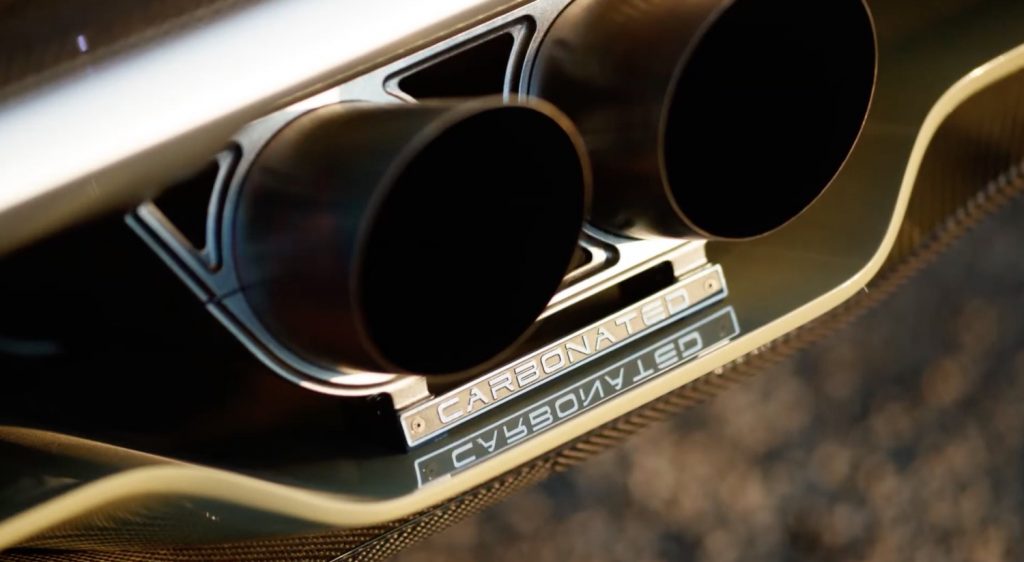 Naturally, the interior is equally jaw-dropping, with an HRE steering wheel, custom seats and upholstery, Dakota Digital gauges, and a Kicker audio system offered as just a few of the highlights.

The custom Valkyrja Camaro is definitely drool-worthy, so hit play and check it out for yourself. And don’t forget to subscribe to GM Authority for more Chevrolet Camaro news, Chevrolet news, and around-the-clock GM news coverage. 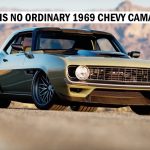 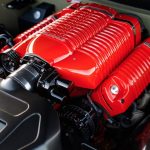 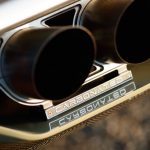 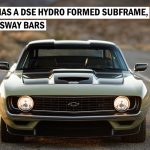 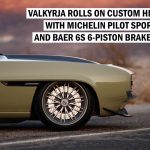 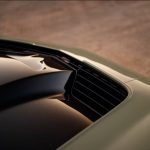 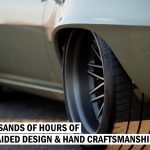 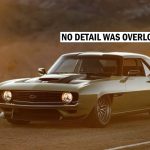