Back in February, we covered a video showing off a remote-controlled Caddy, and now, we’re once again diving into the RC world with this Chevrolet Camaro Z/28. Featured in a video recently posted to YouTube by RCDriver_Online, this review shows the mini Camaro scooting down the tarmac with a few top speed runs. 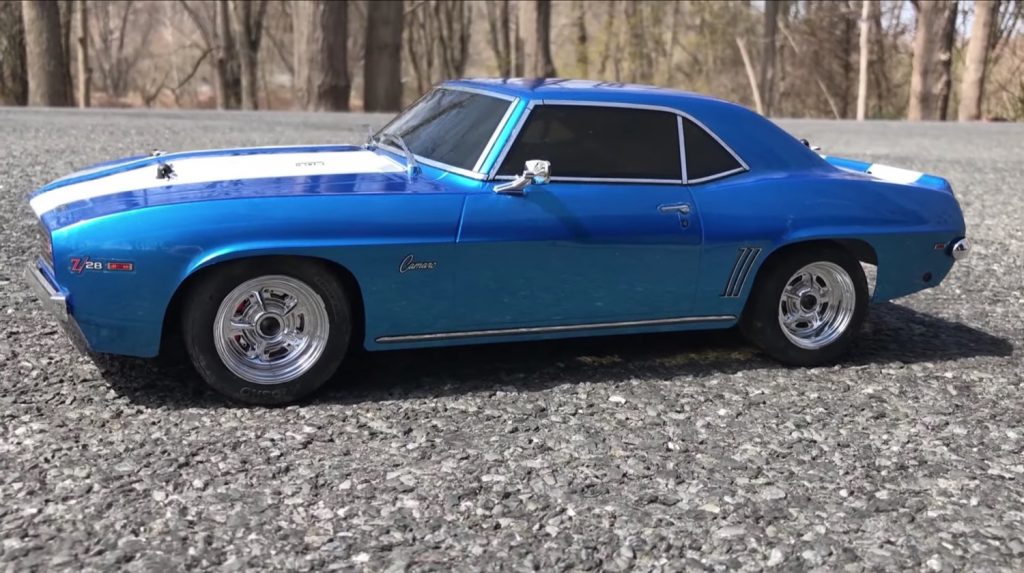 This particular model is the 1969 Chevrolet Camaro Z/28 Fazer Mk 2 by Kyosho, and it looks quite nice, with a blue body topped by white racing stripes, chrome-look trim bits, classic five-spoke wheels, and a 4WD chassis. A quick glance at this model, and you’d be forgiven for thinking it’s the real thing – not too shabby for a toy that costs $229.99.

But the question remains – how fast is it? 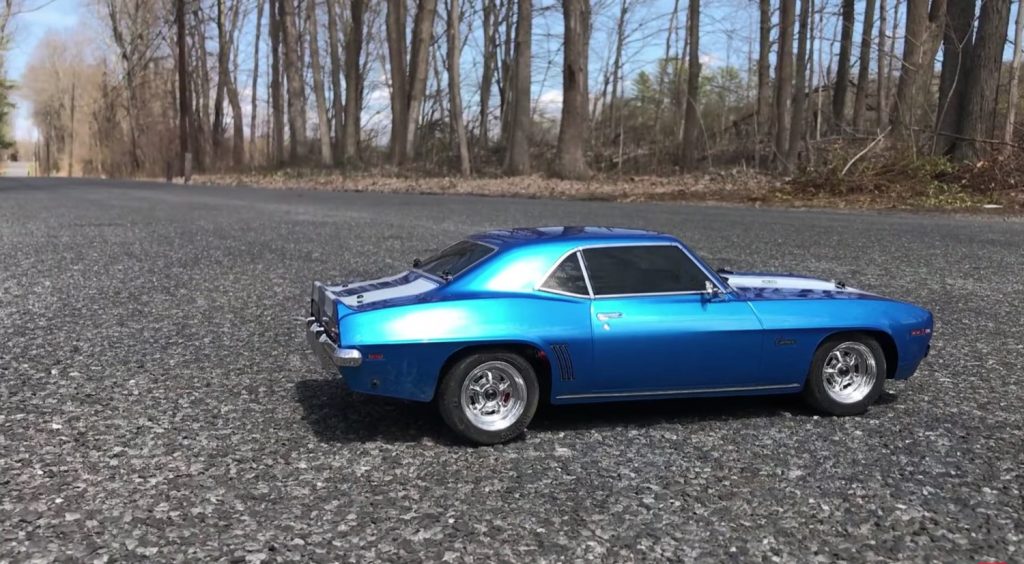 To find out, the video host takes the little RC out to a stretch of road to give it some room to run. The first run is with a 2S LiPo battery installed. According to the GPS system strapped to the back of the ’69 Chevrolet Camaro RC car, it tops out at very decent 24 mph. 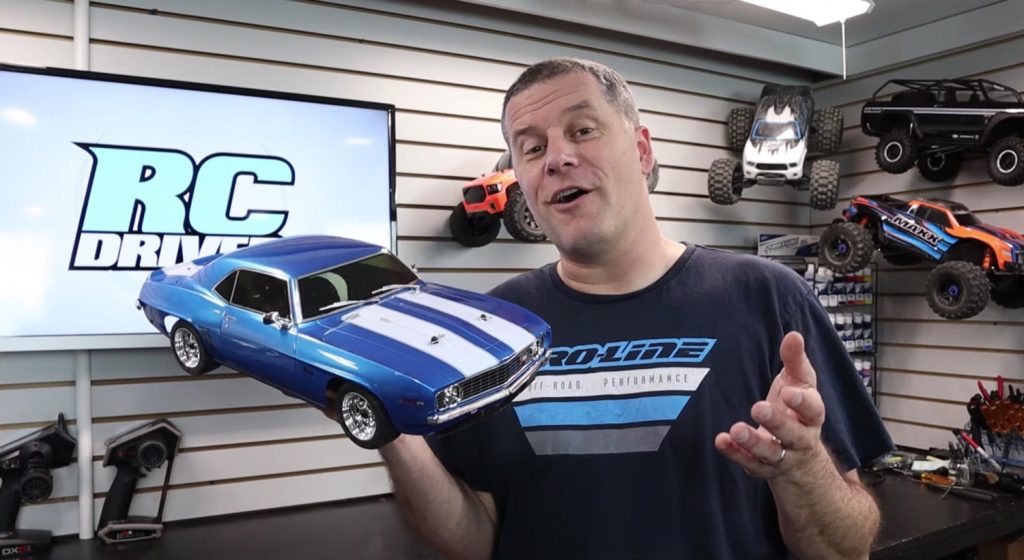 From there, the video hosts swaps the 2S battery for a more substantial 3S battery pack. Right off the bat, it’s clear that the bigger battery has a huge effect on the Chevrolet Camaro’s acceleration, propelling the model with a ton more power. Indeed, the GPS tells the tale, with the 3S pack topping out at 36 mph, a gain of 12 mph over the 2S pack.

If you like remote controlled cars, the Chevrolet Camaro, or any sort of combination thereof, this video is probably worth a watch. It’s a little under four minutes long, and gets right to the point. And who knows – maybe it’ll inspire a new hobby?