Produced between 1983 and 1988, the Pontiac Fiero was initially framed as a two-seater “commuter car” that offered sporty, aggressive styling and an unorthodox mid-engine layout, plus surprisingly economical fuel returns. Originally equipped with the 2.5L “Iron Duke” four-cylinder (and later a 2.8L V6), the Fiero is just begging for more power to match its looks. It would seem as though the host of this particular video agrees, swapping in a turbocharged Small Block in a series of recent videos. 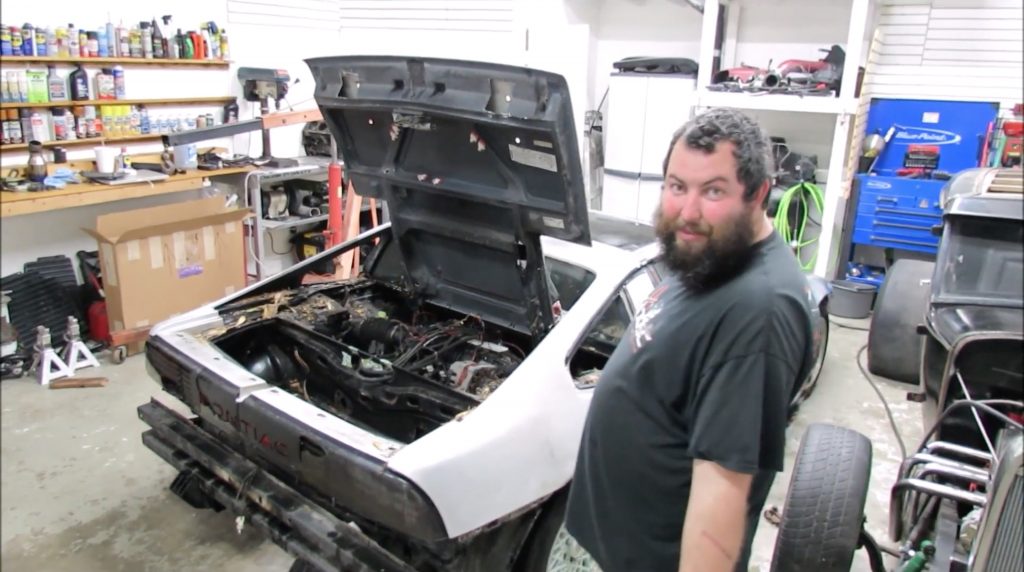 The car in question is a 1987 Pontiac Fiero GT, which came from the factory with the 2.8L L44 V6. However, at the outset of the video, we find the host has big plans for the two-door, as evidenced by the spread of parts laid out behind it.

The most important bit is a new 6.2L LS3 V8 engine, which will pair with a long list of go-faster engine parts, not to mention a humungous turbo, too. The builders also plan on upgrading the suspension and various drivetrain components.

After going over some of the parts destined for installation in the Pontiac Fiero, it’s time to haul the old V6 out. The hosts go over some of the car’s, uh, quirks, and well, the donor car is looking pretty rough. There’s a lot of rust and corroded parts, so much in fact that the crew decides to ditch the old car and go for Plan B – a second Fiero that was parked in the yard a few months ago. 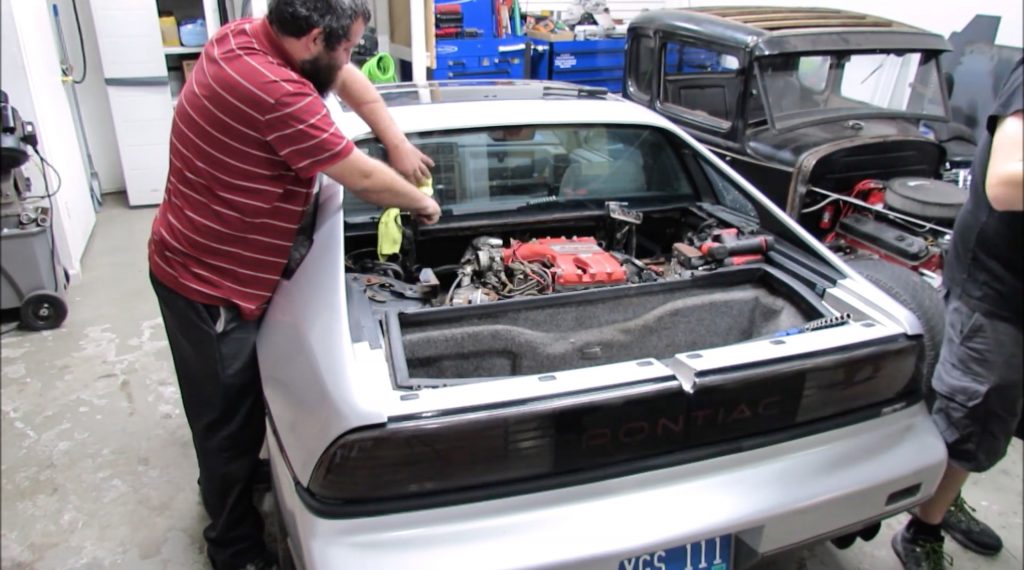 This second Pontiac Fiero is also looking pretty nasty, but at least the metal underneath is in better shape.

The first video here is just the first steps of the swap, but the rest of the process is detailed in subsequent videos. The video tone is laidback and fun, so if you wanna see a turbocharged LS3 V8 Pontiac Fiero get built, go ahead and hit play.