The Cadillac Lyriq is the luxury brand’s upcoming all-electric crossover, recently shown in concept form at a private event back in March. We’ve covered everything there is to know about the new EV, including the name, the exterior design, and leaked images of its cabin. Now, we’re here to report on new details with regard to the Cadillac Lyriq interior. 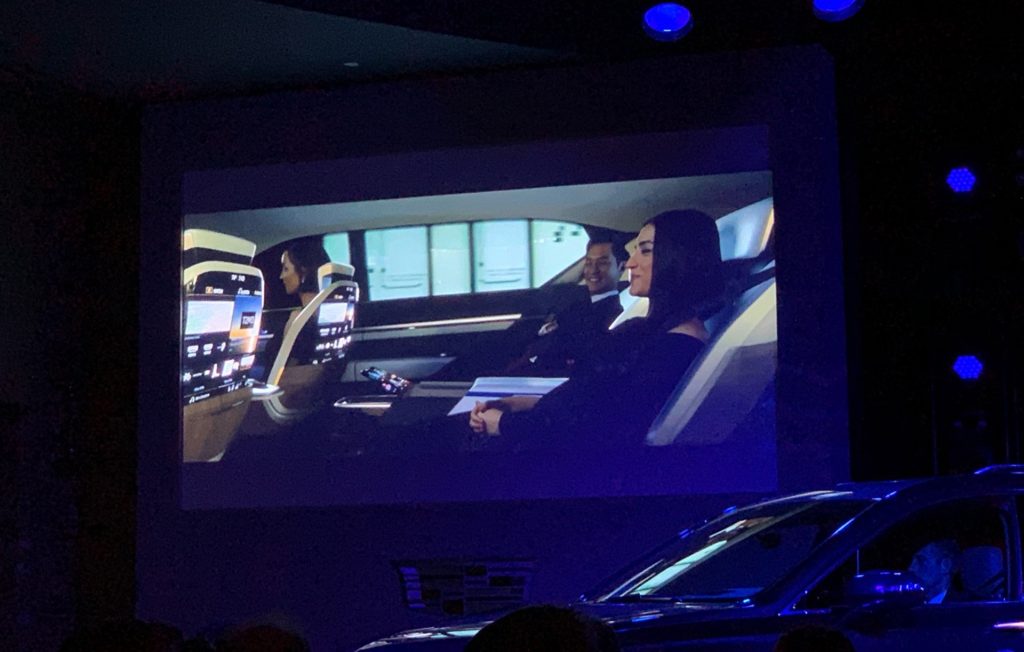 For starters, the Lyriq will boast loads of rear passenger room – so much so, it could be described as “palatial.” In fact, the Cadillac Lyriq interior could possibly offer even more space for rear-seated passengers than those in front.

The extra rear space will be particularly well-received in the Chinese market, where extended-wheelbase models have proven to be hugely popular. To note, China has recently become Cadillac’s biggest market by sales volume.

The Lyriq will also have large rear doors for easier ingress and egress, something that’s somewhat visible in the Lyriq teaser image shown previously.

We also know that the current Cadillac Lyriq interior concept comes with a 2+2 seating configuration, as identified by attendees at the special media event back in March. That means four individual seats, with two in front and two in back, maxing out with four passengers total, a configuration previously seen with the Cadillac Escala concept as well.

It’s currently unclear if the production-spec Lyriq model will be a four- or five-seater, although it’s possible that it will be a five-seater as standard with the option for a four-seat configuration.

Dotting the Cadillac Lyriq interior will be a multitude of displays, headlined by a mammoth horizontally oriented screen across the dash, which will outsize even the 38-inch screen offered in the 2021 Cadillac Escalade. There will also be a vertically oriented screen in the center console, as we reported previously. The second row will also get its own set of screens, including two for the first-row seat backs, and a third placed between the two rear seats. 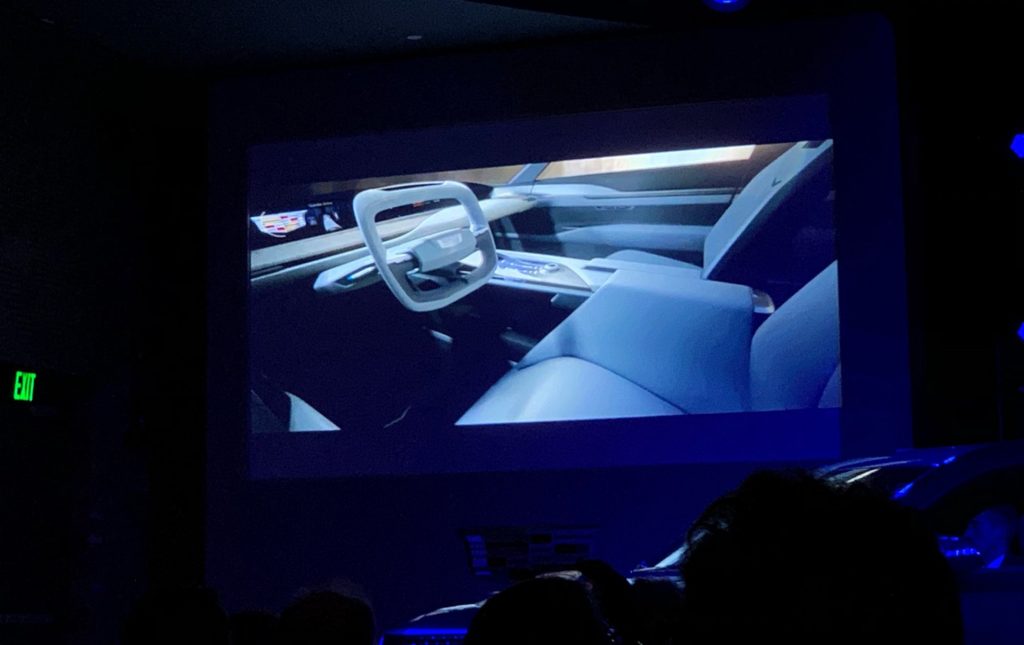 The Cadillac Lyriq interior will sport a number of high-end materials, including aluminum, carbon fiber, and wood trim. The cabin will be finished in neutral colors, as revealed in the leaked images, but other colors will be optional. Leather upholstery will pervade throughout, while cloth will be used sparingly.

While the details covered here pertain mainly to the concept model, most will carry over to the production-spec Cadillac Lyriq interior as well. The Lyriq was originally expected to debut in April, but has been since delayed as a result of the ongoing COVID-19 pandemic. That said, it’s possible we’ll see the big sheet pull at the New York International Auto Show, which has since been rescheduled for August.