Last year, we stumbled across a rather strange custom Chevrolet Silverado called the Bureko 6×6. The Czech-built Bureko 6×6 has, as the name would suggest, three axles and six-wheel drive, making it one of few 6×6 vehicles in production that you don’t need a special license to operate.

Now, almost a year later, Bureko has released a new video showing its massive Chevrolet Silverado-based creation in action ahead of its launch in Qatar. In addition to the previously mentioned six-wheel-drive system, the Bureko 6×6 also features a lifted suspension, an LED light bar, bed-mounted spare tires and aftermarket wheels wrapped in aggressive, knobby off-road tires. 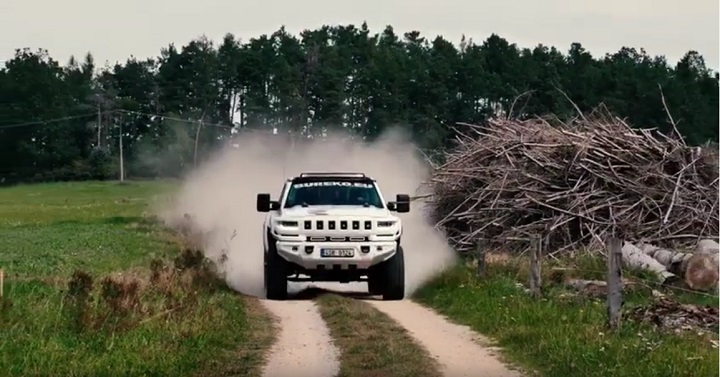 Naturally, you need quite a bit of power to move the Bureko 6×6 with any amount of authority, as it has a GVWR of 7,705 pounds (3,495 kilograms). The base model features the Silverado’s standard 420-horsepower, 6.2-liter L86 V8 engine, but the firm also has a selection of upgrade engines available, ranging rom 600 to 800 horsepower. It doesn’t stop there, though. The company also has 1,000-horsepower and 1,200-horsepower forced-induction V8s on offer, too. 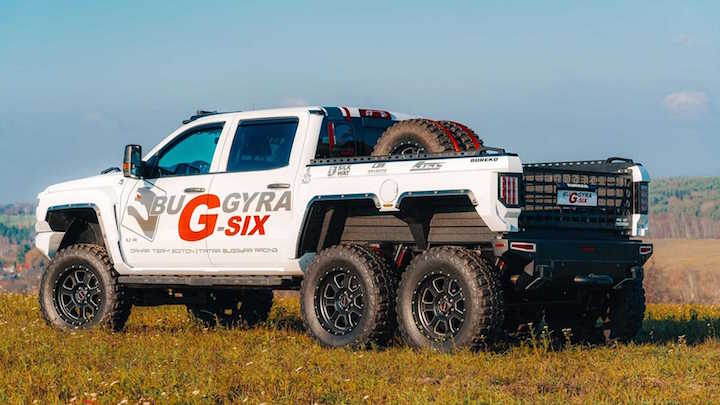 The Bureko 6×6 is also intentionally styled to look like a Hummer vehicle and is not the first Hummer look-alike vehicle produced by the company. The company’s first model, the Bureko 4×4, was styled after the well-received Hummer HX concept. The old Bureko 6×6 model, which this new version replaces, was essentially an elongated, two-door version of the HX-inspired 4×4. 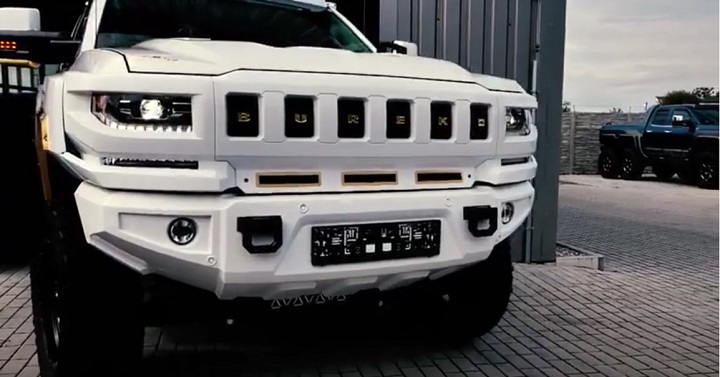 In addition to the extra axles, lifted suspension and custom exterior styling, the Bureko 6×6 is also available with 24 karat gold exterior trim and accents for the buyer who decides this massive truck wasn’t already garish enough.

Check out the video embedded below to see the near-8000-pound Bureko 6×6 in action and if you happen to live in Qatar, look for it to go on sale in the country shortly.