Team Penske’s Scott McLaughlin won the second round of the IndyCar iRacing Challenge from the virtual Barber Motorsports Park on Sunday, beating teammate Will Power to the finish line by less than half a second.

McLaughlin, a New Zealand native who currently resides in Brisbane, Australia, qualified eighth on the grid after waking up at 2 a.m. local time to practice for the online event. An avid sim racer, McLaughlin went on the attack when the green flag came out and made up one position on the first lap before putting the pressure on fellow Penske driver Josef Newgarden and Andretti Autosport’s Scott Speed, who was filling in for Marco Andretti. 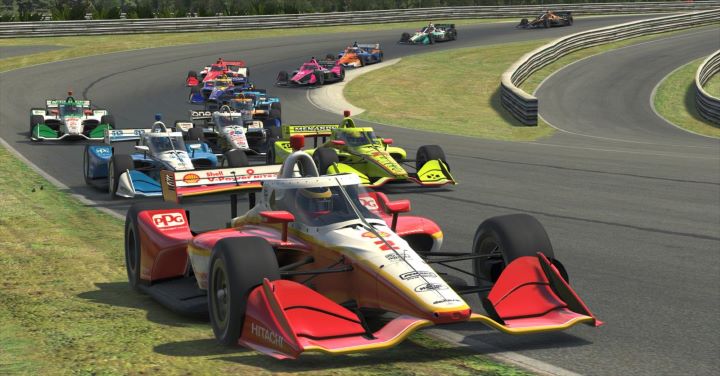 The race began to play into McLaughlin’s favor when he pitted one lap before the planned Lap 15 competition caution. Race leader Sage Karam and second-place Felix Rosenqvist then entered the pits on Lap 25 and 26, respectively, handing the lead to McLaughlin as the rest of the front runners also went in for fresh tires and fuel.

Shortly after, Rosenqvist and Karam had a coming together, taking them both out of contention. This left McLaughlin and Speed fighting for the top two spots, with the Kiwi handing the lead over to the American when he dived in for his second and final stop on Lap 32. This gave the lead over to Speed, but McLaughlin was eventually able to cut down the gap thanks to his fresher fuel and tires and pass him with just 6 laps remaining. 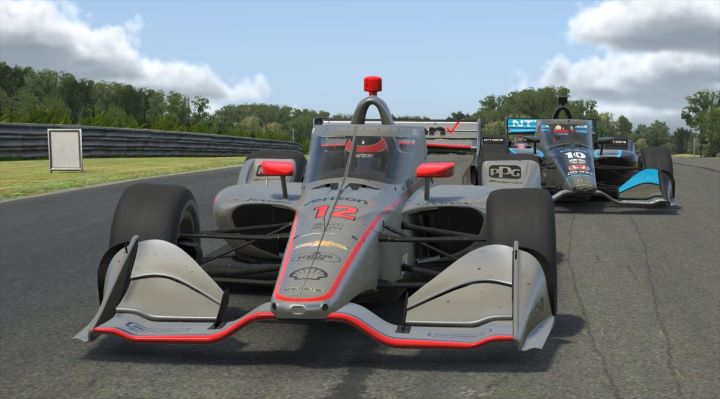 Will Power eventually passed Speed as well and began to close in on McLaughlin, forcing his fellow Chevy driver into an error on the final lap as he locked his wheel going into the final corner. McLaughlin managed to hold his narrow lead to take the win, however, with Power finishing second and Speed coming home third. Team Goh’s Alex Palou was fourth overall, while Simon Pagenaud completed the top five. 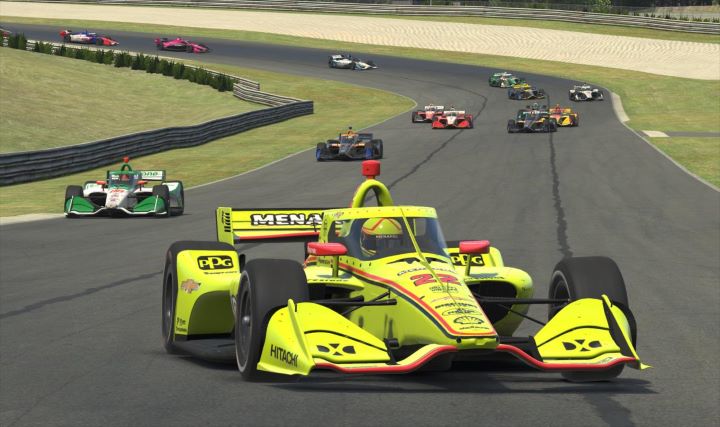 “I’m really happy,” McLaughlin said post-race. “I actually brought in the IndyCar engineer I’ve been working with in the States, Jonathan Diuguid. I give him credit. He put me on an awesome strategy. It’s a bit better than last week. I was playing with the fuel myself and trying to remember the numbers while I was driving. It was a bit easier this week.”

Rewatch the entire Virtual Honda Indy Grand Prix of Alabama presented by AmFirst in the video embedded below.