We here at GM Authority enjoy the occasional foray into the weird, but this thing is straight out of the deep end. Say hello to the 1947 Buick Nekrofora, a strange amalgamation of classic American steel, overseas coachbuilding, and decades of oxidation. 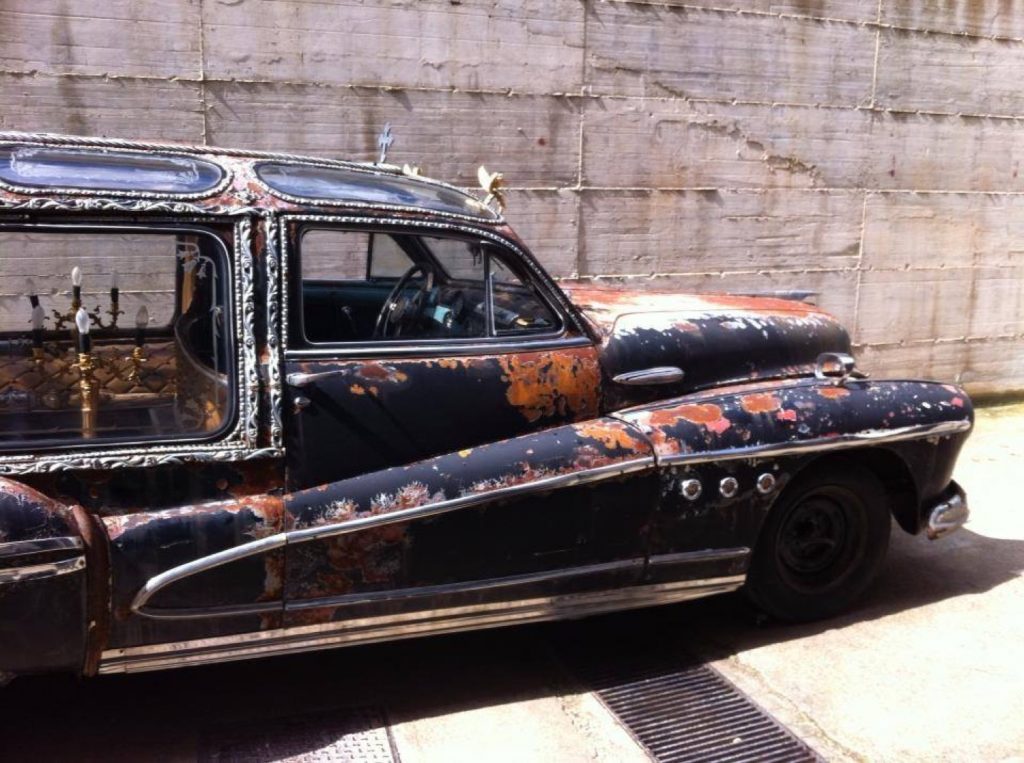 Details on this thing are a bit sketchy, but here’s what we managed to turn up. Originally built in Michigan as a 1947 Buick Roadmaster Estate Wagon, the vehicle was subsequently shipped overseas, where it was converted into a hearse. The conversion replaced the rear passenger area with a long, ornate-looking casket-holding cargo section, while the exterior was revamped with a number of broad window sections, providing onlookers with copious opportunities to observe the dearly departed’s coffin. Additional ornamentation includes metal trim bits that outline the new window sections, golden angels sitting right above the rear hatch section and windshield, and what appear to be tail fins from a 1956 Chevrolet Bel Air. 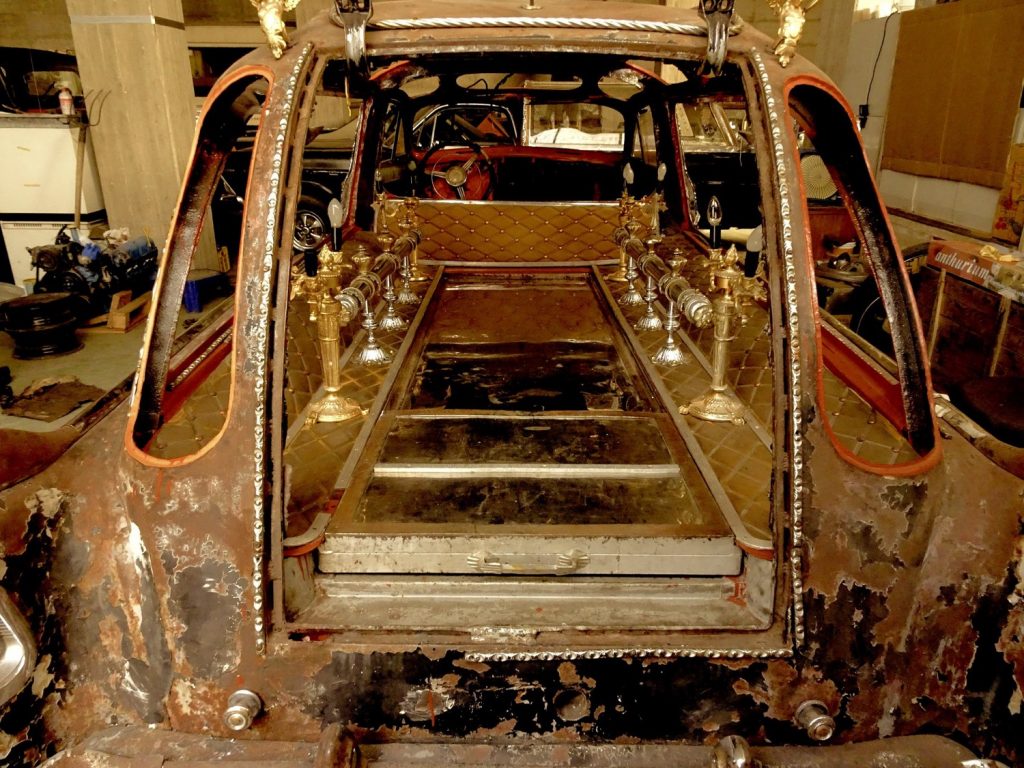 It’s unknown how long the Buick was in service, but what’s obvious is that it was eventually left to rot in a field. Exposed to the elements, the Frankenstein hearse took on a whole new, appropriately creepy vibe. The graceful curves of the original Roadmaster body remain, as does the bespoke conversion, but now, the whole thing is draped in decades of rust and corrosion. 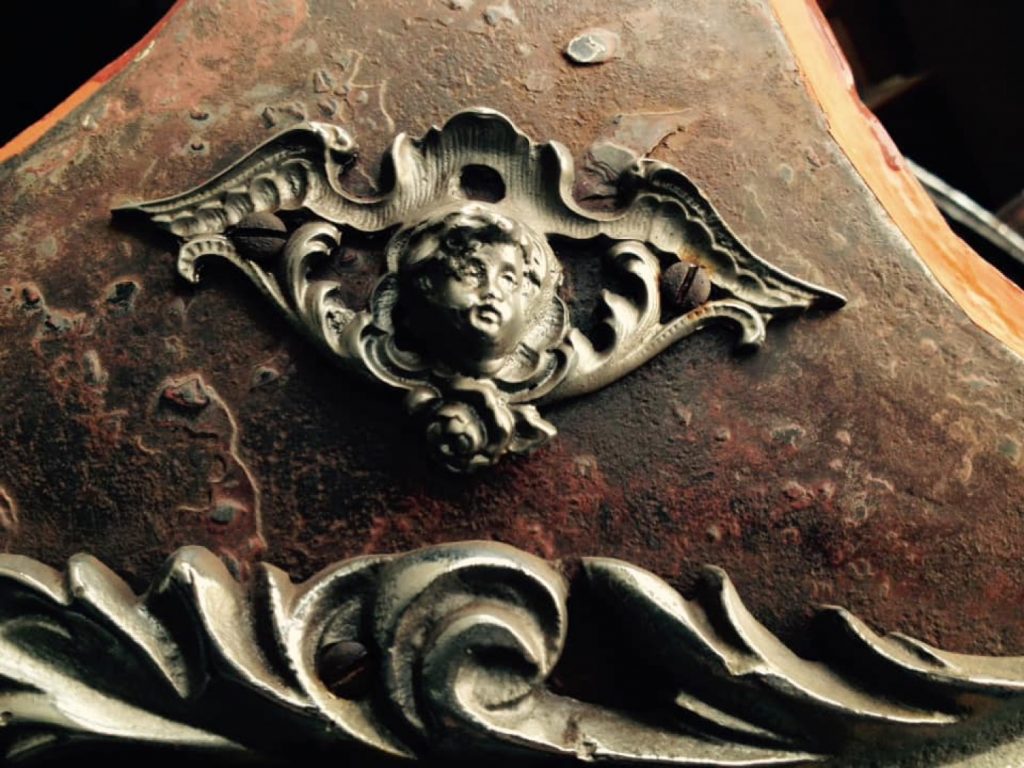 It’s an outlandish vehicle, that much is certain, but its ability to turn heads is unquestionable. In fact, it got just the right vibe to draw the attention of one Dante Fontana, who was so taken by the vehicle’s bizarre appearance that he bought it and is now restoring it, labeling it the Buick Nekrofora. On Fontana’s public Facebook page, which is devoted to the Buick’s restoration, he describes it as a “Byzantine Post-Mortem Rat Rod Spaceship.” Sounds about right.

You can check out the Buick as it lay in the old field right here, or hit the link below to check in on Fontana’s restoration progress thus far. And make sure to subscribe to GM Authority for more Buick news and around-the-clock GM news coverage. 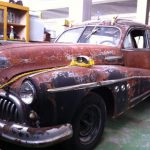 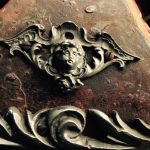 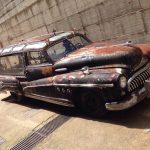 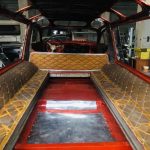 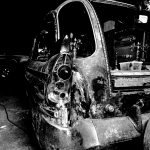 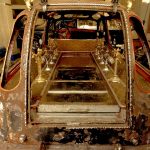 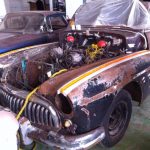 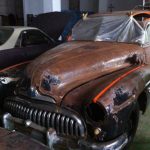 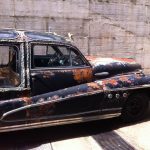