McLaren Formula One driver Lando Norris won the IndyCar iRacing Challenge from the virtual Circuit of the Americas on Saturday, leading teammate Pato O’Ward across the finish to give Chevrolet team Arrow McLaren SP a 1-2 result.

Norris, who was a special guest driver for the online race, started the race from pole position and quickly pulled out a sizable chunk of time over the rest of the field. He then went on a unique strategy as he pitted on Lap 11 – just a few laps before the competition caution was to come out on Lap 15. 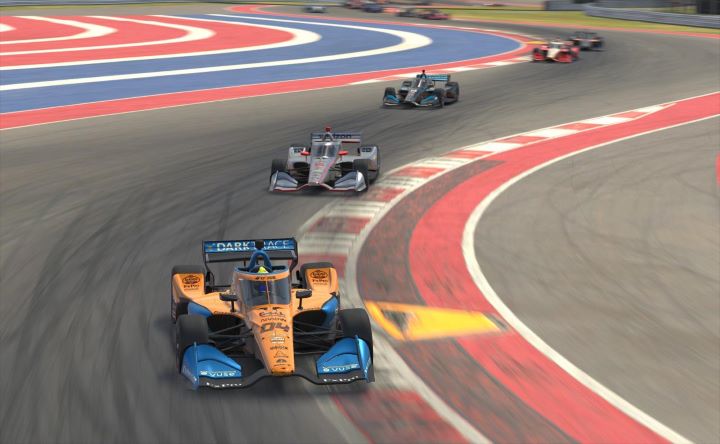 Norris restarted sixth following the competition caution, lining up behind Will Power, Felix Rosenqvist, Rinus Veekay, Santino Ferrucci and Scott Dixon, who had all decided to stay out on old tires rather than pit under yellow. The F1 ace and experienced sim racer got a good start when the green came back out, but lost control of his car on the curbs at the exit of Turn 20. This caused him to fall back to 13th, with Team Penske’s Power then looking like a strong contender for the win. 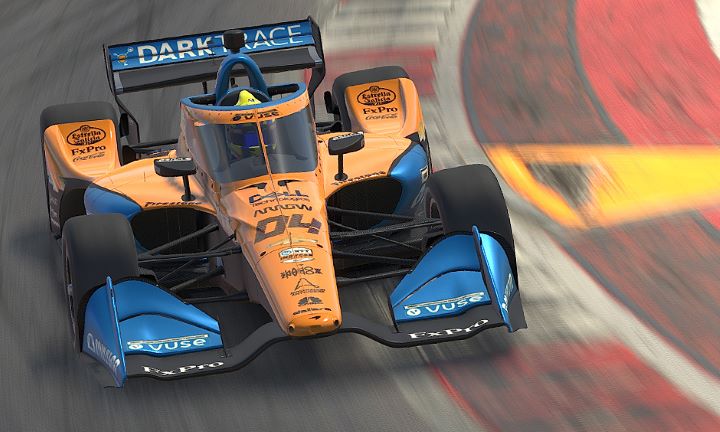 The Briton kept his head down, though, and began to charge through the field, trimming his deficit to the leaders from 15 seconds to only six. Power, meanwhile, lost time as he spun twice on his out lap following his first pit stop.

After making up a few more positions, Norris pitted out of third position for the final time on Lap 24. With Alex Palou and teammate O’Ward still having to make second pit stops as well, the race was now down to Norris and leader Rosenqvist, who was on a one-stop strategy. 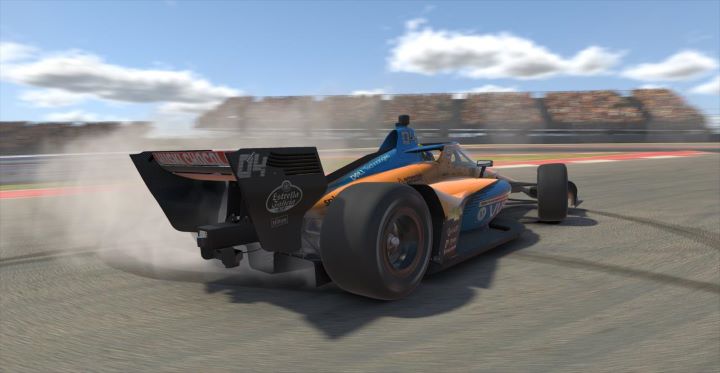 As Norris closed in on Rosenqvist, the Swede spun through COTA’s tricky esses section, allowing Norris to easily slip past. O’Ward eventually passed Rosenqvist for second, handing Chevrolet and Arrow McLaren SP a 1-2 finish. Ropsenqvist completed the podium in third.

A full race replay from the virtual IndyCar race is embedded below.