Car collectors sometimes get flak online for hiding their cars away out of the public eye and not using them as they intended to be. While some of that criticism may be deserved, we can take solace in the fact that the majority of car collectors take great care of their vehicles and, when ready, sell them to other enthusiasts or collectors to enjoy them once they’ve moved on. 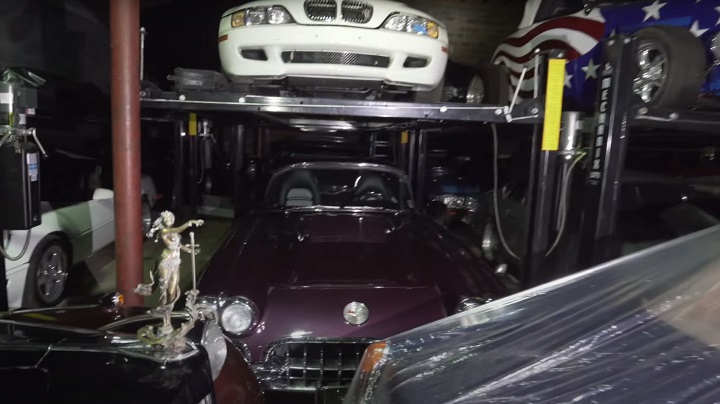 The same cannot be said of this car collection that detailing company Ammo NYC recently stumbled upon, however. The company was asked to come to an anonymous car collector’s garage to detail a beautiful and highly valuable Bizzarrini P538 that the owner planned on selling, along with a few other vehicles. However, when they arrived, they were shocked to find the garage was jam-packed with some of the rarest, most sought after production cars and race cars of all time – the majority of which had not been driven in over 20 years and had been left to collect dust. Naturally, they documented the shocking site for their YouTube channel.

Given this anonymous car hoarder is American, it’s no surprise that the collection was filled with several desirable and valuable Chevrolet Corvette models and other General Motors vehicles. Among them are several C2 Corvettes (including what looks to be an ultra-rare C2 Corvette Grand Sport) and a white Lingenfelter Corvette C4. To be honest, there’s really too many Vettes stuffed in the sparkling garage to list them. As the detailer says at one point in the video, “there’s Corvettes as far as the eye can see,” in this dingy warehouse. 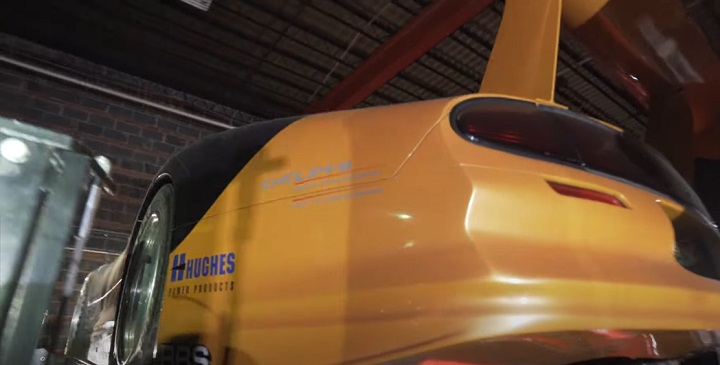 It’s not just Corvettes, either. Several Camaros are also seen collecting dirt and dust in the video, including an original Camaro ZL-1. The GM car we were most surprised to see, though, is the Oldsmobile Aurora GTS-1 race car. This is one of just four factory-built Aurora GTS-1 IMSA race cars (and one of just two left) and is a seldom-seen piece of GM motorsports history. The Aurora GTS-1 actually won its class at the 1996 24 Hours of Daytona, though it’s not clear if this particular car is the race winner. The car came out of the GM Heritage collection and may have been purchased by the current owner when GM sold off some of its collection vehicles in the wake of its 2009 bankruptcy.

Check out the video embedded below, GM fans. This is a video no car enthusiast would want to miss.