The LS engine swap meme is still alive and well these days, and why not? With a relatively compact size, proven reliability, huge power potential, and parts support out the wazoo, GM’s LS small block just works. Of course, the question is how to take it to the next level. Haltech has an answer, offering up this incredible LS-based, quad turbo V12. 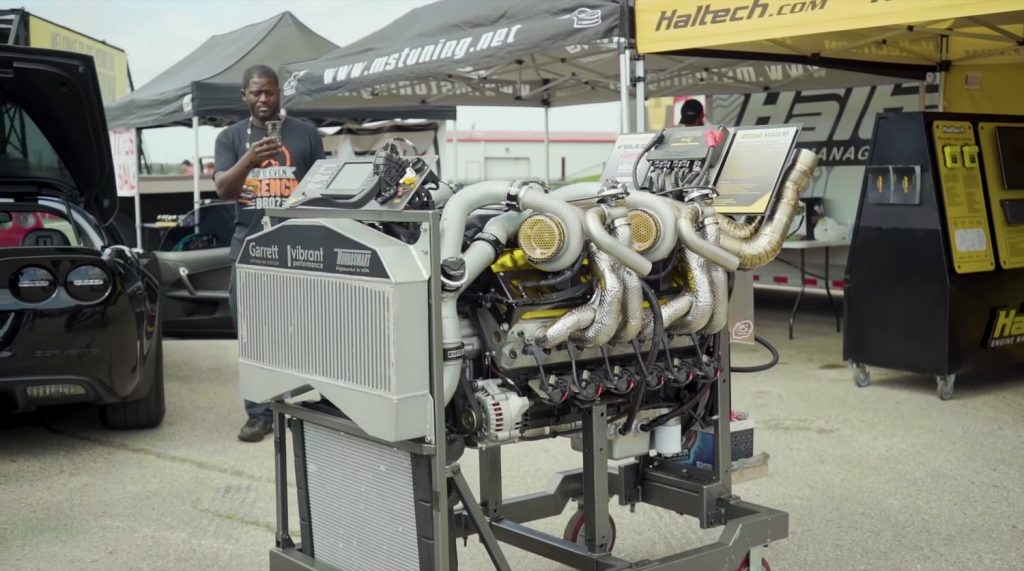 For those of you who may be unaware, Haltech is a tuner best known for its engine management and control unit technology. The company’s U.S branch recently acquired a V12 based on the famed LS engine architecture, which it’s using as a development and test platform, as well as a showpiece at various automotive events.

This incredible engine was originally produced by V12LS.com, and includes a one-piece cast aluminum block, custom heads and intake, and race-cast cam and crankshaft. Displacement is rated at 9.7 liters, or 592 cubic inches. Output out of the box (that is, naturally aspirated) is rated at 700 horsepower. 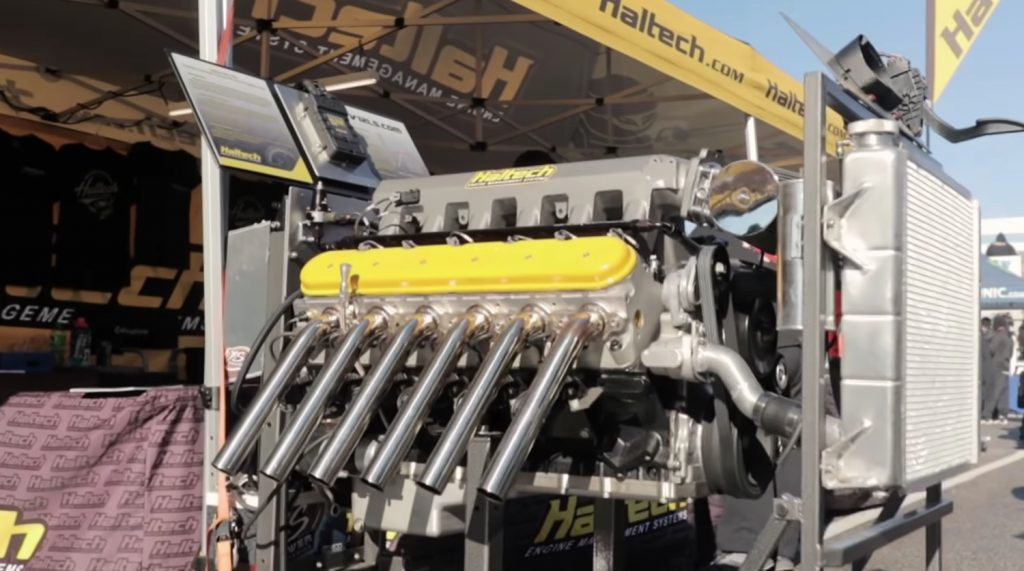 However, Haltech has since upgraded the LS engine-based V12 with a number of exciting new parts, not the least of which is a quartet of Garrett GT3582R turbochargers.

As the video points out, the turbos might seem relatively small compared to the massive V12, but considering each is driven by exhaust gasses from just three cylinders, they actually make for a very solid fit. 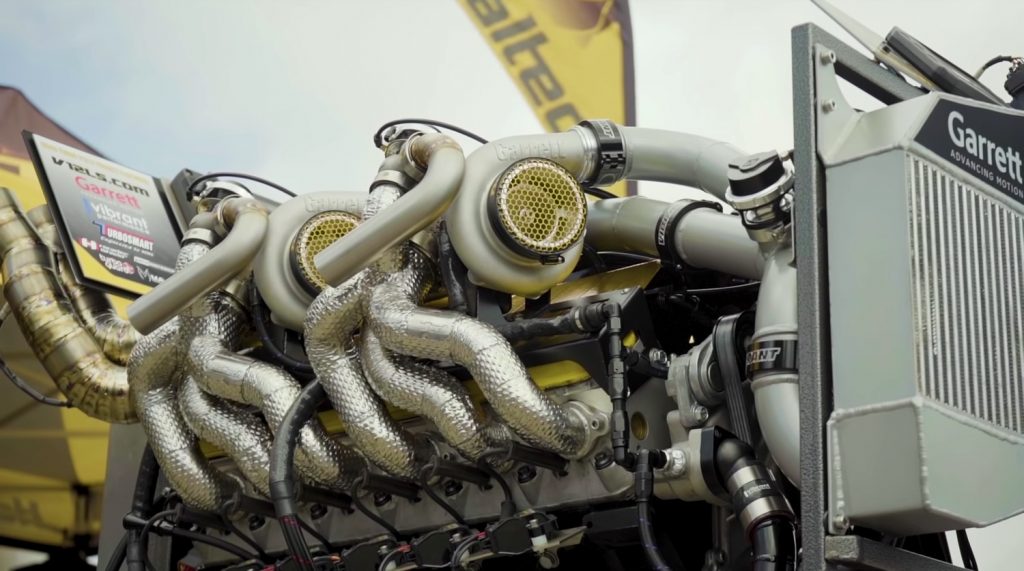 With that, the stage is set for the creation of a quad turbo V12 based on the GM LS engine. Making it all work obviously required a good deal of ingenuity, but Haltech makes it seem easy. We’re especially fond of the company’s fabrication for the aluminum, steel, and titanium piping on this thing, which looks absolutely gorgeous when it’s all done.

If you’re a fan of the GM LS engine, or you just want to see this unique monster of a motor come together, then this is the video for you.