This video is definitely frightening to watch, so be warned. Earlier in March, in Scappoose, Oregon, a driver’s dash cam captured a head-on collision between an out-of-control Kia minivan and a black GMC Yukon, an incident which ended with four people sent to the hospital.

The video is just 50 seconds long, but that’s all it takes for this massive accident to take place. There are two different angles that show the events play out, the first being a front-facing view where we see the minivan speed into oncoming traffic, narrowly missing two other cars and the truck equipped with the cameras. The second angle shows the view behind the truck, where the minivan smashes into the GMC Yukon, which didn’t see the oncoming vehicle until it was too late. 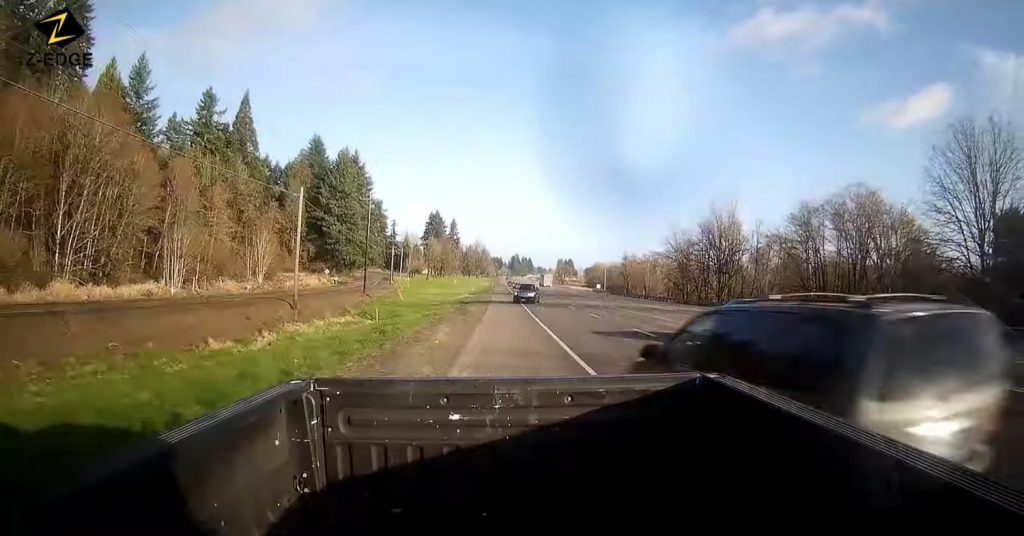 “I was on my morning commute,” the video description reads. “You can see I didn’t ‘jerk’ out of her way. I saw the motion from the two cars she split and thought it may be a horse or deer, so I just wandered over. Had I not, it would have been too late to react.”

According to a report from Columbia County Spotlight, the driver of the minivan and her two passengers were taken to the hospital, as was the driver of the GMC Yukon. The Yukon driver suffered fractured vertebrae, a broken pelvis, a broken sternum, and a bruised heart. 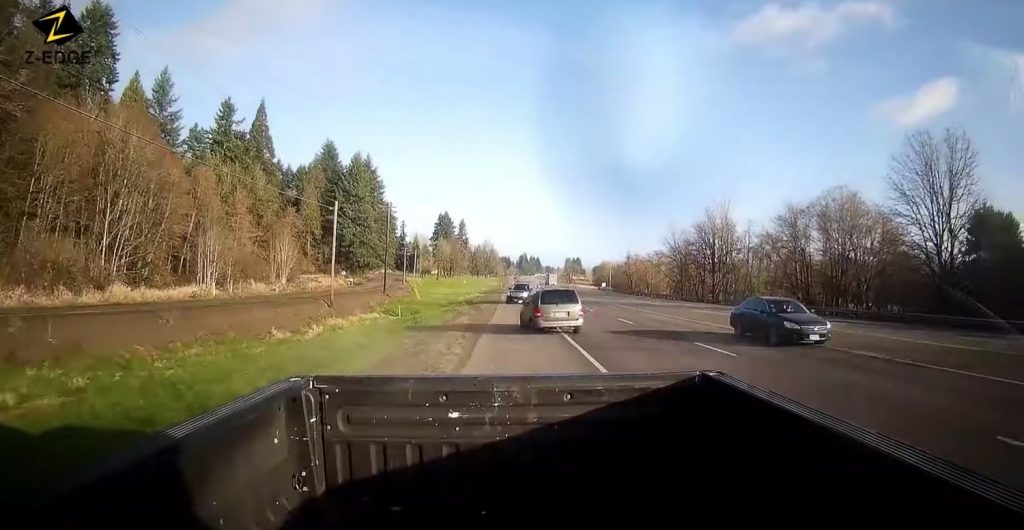 The minivan driver, identified as Lisa Sam, was charged with a DUI, as well as five other charges related to the crash. Sam and one of her passengers may also face charges for possession of methamphetamine.

Looking at the footage of the crash, it’s a miracle there were no fatalities. Again, this is one nasty collision, so be warned.