In case it wasn’t already obvious, running from the police is really, really stupid. Unfortunately, the driver of this particular GMC Sierra didn’t have the smarts to figure that out, and ended up paying for it with a massive wreck that could have ended with death.

As reported by local NBC news affiliate WKYC, an unidentified 54-year old man failed to yield after state troopers attempted to pull him over for reckless driving. The incident occurred on I-71 in Ashland County, Ohio, at 5:17 PM local time on March 23rd.

After the GMC Sierra pickup truck failed to yield, additional state troopers joined the chase. “The suspect vehicle continued southbound at varying speeds, swerving in and out of traffic,” Ohio Highway Patrol stated in a press release. “During the pursuit, the suspect vehicle intentionally struck a patrol car causing it to crash into the highway median cables.” 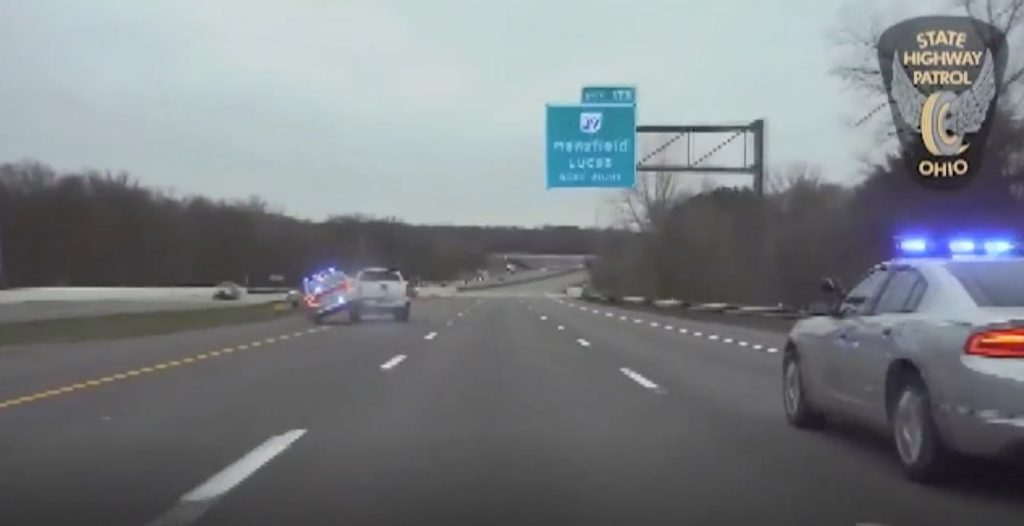 The state trooper in the patrol car was taken to the hospital for non-life threatening injuries and was later released. You can see what happens at the start of video, with the patrol car moving in on the GMC Sierra pickup from the rear in what appears to be an attempted pit maneuver. However, when the two vehicles collide, the patrol vehicle looks as though it rides over the Sierra’s rear wheel, losing control and careening towards the median. 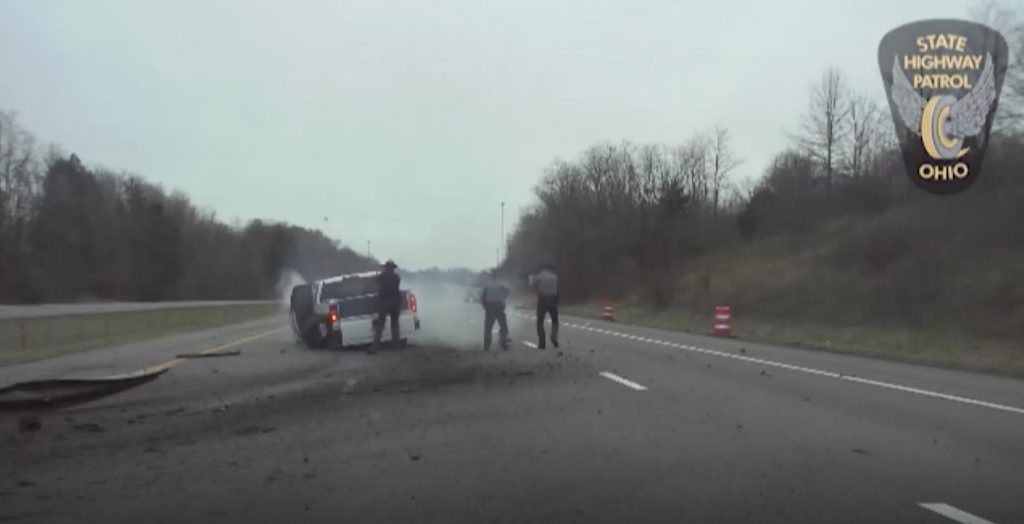 It’s a nasty crash, but what happens next is even more shocking. Police deploy stop-sticks, which send the GMC Sierra careening out of control into an overpass, completely destroying the truck. Thick clouds of smoke start to billow from the engine bay.

Lucky for the unconscious driver, the troopers pull him to safety. He was taken to hospital with non-life threatening injuries.