Properly upgraded, the GMC S15 / Chevrolet S10 pickup truck can be an absolute beast on the drag strip, as evidenced by the turbocharged track killer featured here by 1320 Video.

Nicknamed Red Savage, this 1985 GMC S15 is owned and piloted by Justin Heckman out of Joplin, Missouri. A few months back, Heckman brought the Red Savage down to Xtreme Raceway Park in Texas, where he set out to test a few changes made to the truck over the winter, such as a new ignition system, a new transmission, and a few other bits and pieces. 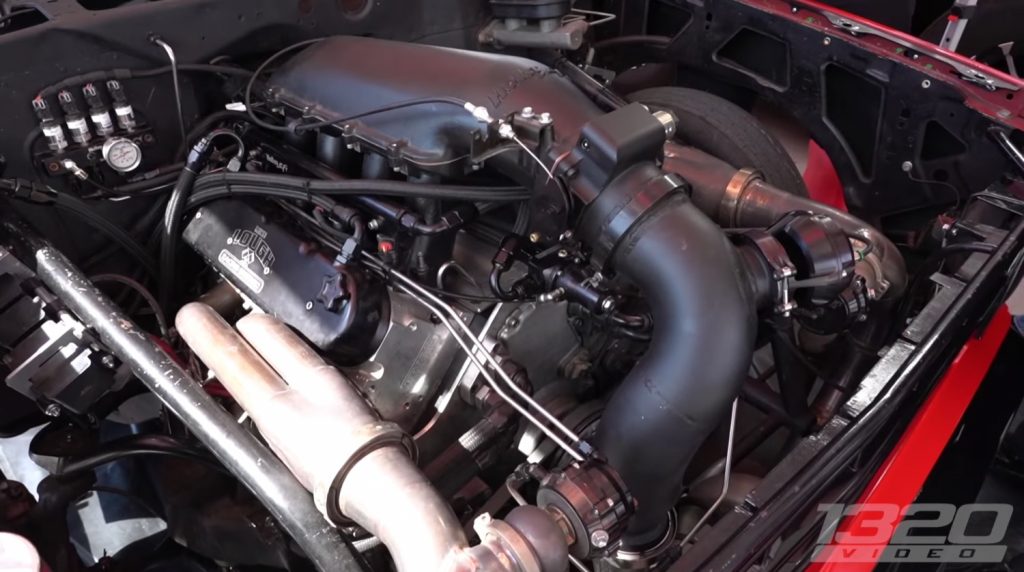 Making the go is a 388 LS V8 with a mammoth turbocharger breathing 49 psi of boost. Output is rated at 1,829 horsepower on the dyno.

Heckman isn’t going halfway with his tests – in fact, he enters the Red Savage GMC S15 in two classes at the Texas event. The format is a bit different than your typical sanctioned drag race, with no time slips and no Christmas tree. Rather, a man with a flashlight starts each race for a more informal appeal. 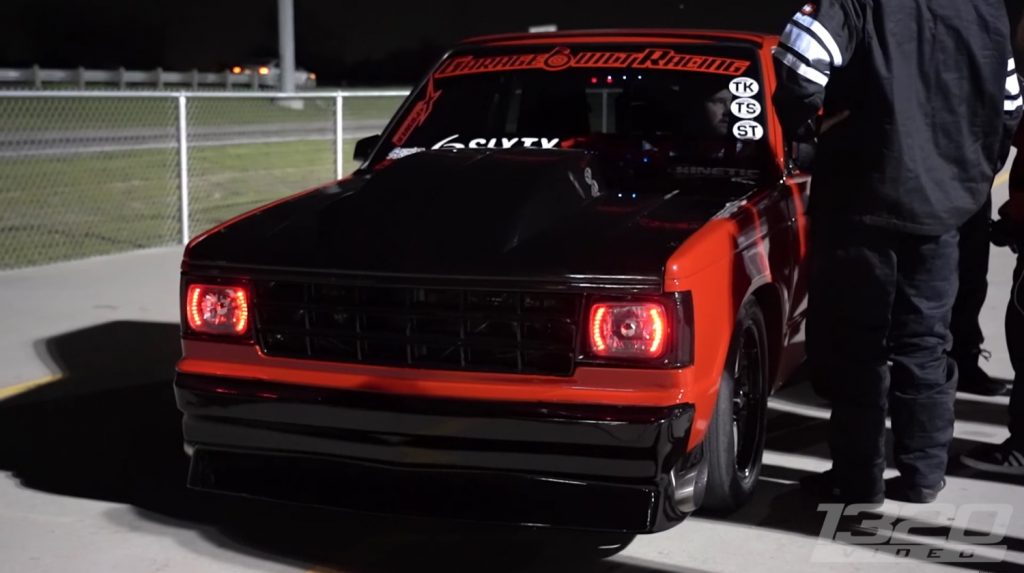 From the off, it looks like the changes made to the GMC S15 over the winter worked, with the dragster pickup blowing away the competition run after run. This thing looks dialed, digging into the prepped surface and catapulting the truck towards the horizon. No fuss, no drama, just hard acceleration. It sounds pretty nice, too. 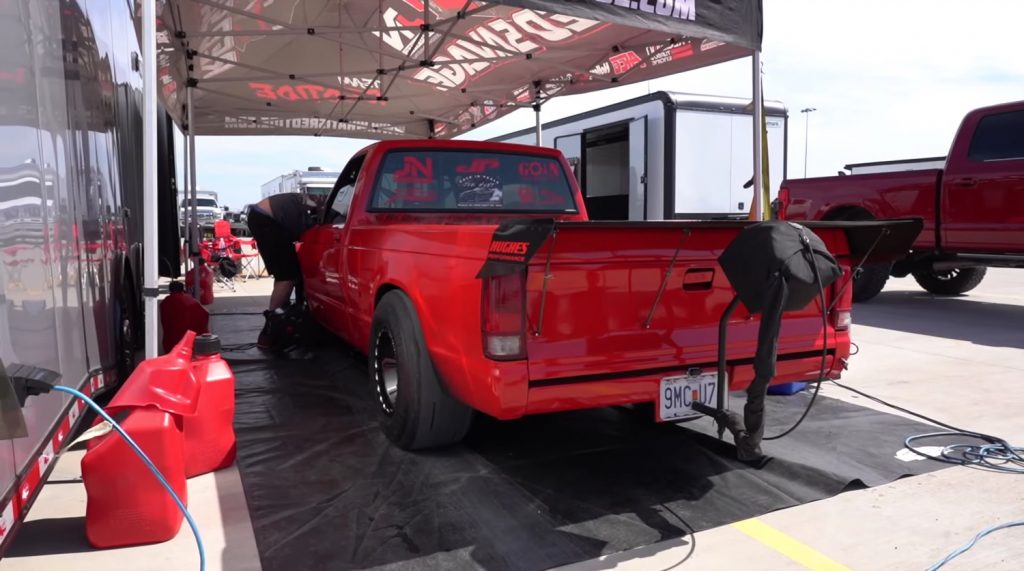 At the end of the day, Heckman’s GMC S15 manages to secure a semi-final finish in one class, and a win in the other class. As the host points out, the “test session is going pretty well.”

Hit play to watch the Red Savage GMC S15 tear up the drag strip, and let us know what times you think of the truck in the comments. And don’t forget to subscribe to GM Authority for more GMC news and around-the-clock GM news coverage.