Barry Engle, General Motors executive vice president for the Americas, recently sat down with Automotive News‘ Weekend Drive podcast to discuss the current situation the automaker is facing amid the COVID-19 pandemic. 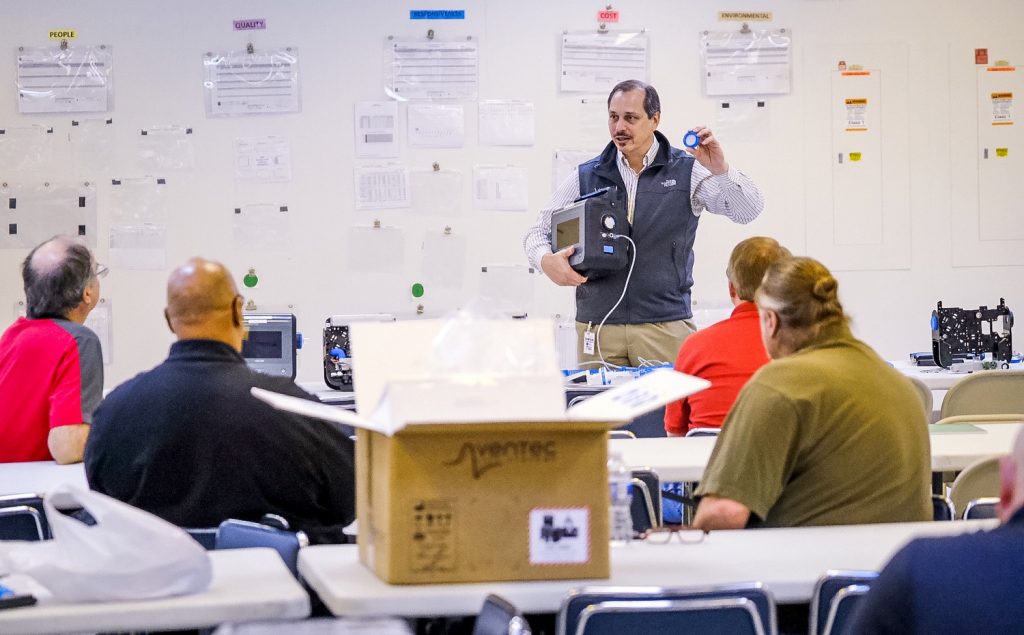 GM has taken on a starring role in the United States’ fight against COVID-19, accepting a $490 million government contract to produce up to 30,000 ventilators at its Kokomo, Indiana plant by late August. The automaker’s efforts will help the government double the number of ventilator machines in its Strategic National Stockpile and will be sent to hospitals as well as makeshift field hospitals that have been set up to take in overflow patients.

In addition, the company is also making facemasks at one of its former production plants in Michigan and announced last week that it would be doubling its face mask production output as PPE supply shortages continue to cause problems for frontline healthcare workers.

During his interview with AN, Engle likened GM’s ventilator and facemask production to the automotive industry’s collective efforts to support the war effort during WWII and said the automaker sees the situation as a “unique opportunity for us to be able to help and contribute here in the middle of a crisis.”

“I suppose the nearest conditions that would approximate what we’re looking at now, in terms of the challenge of it all and in terms of the impact on the business, the economy and the population, would probably be going back to something like a WW2 experience,” Engle said. “Which also was another point in time where the whole industry was impacted and essentially shut down, and interestingly there are some parallels in that just as we all mobilized then, now many years ago, to be able to support the war effort and rally together as a nation, we have a similar opportunity now in this very point in time to be able to step up and to be able to help.”

“So that’s probably the closest analogy or surrogate that I can think of and I’m pleased that as an industry, just as we rallied then we’re doing it again and we’re here to be able to support our customers and the country,” he added.

Engle also said that when GM’s production plants come back online, it will work closely with its suppliers and the UAW to ensure its workers remain safe. He predicts the industry will slowly return to normal, rather than rush back to producing vehicles in a short timeframe.

“All of us collectively are concerned about the virus and providing appropriate, safe conditions for our employees as we do come back,” he said. “So what will be required is a united effort across the supply chain and all of the OEMs with the UAW to agree on what are the right protocols and to be able to provide uniform, consistently safe conditions for everybody. And we’re pretty much in that now, trying to collaborate and work with everyone to sort out what will that look like to help someone get back up (and running) as quickly as possible and do so safely.”

Check out the full interview embedded below.