General Motors is leading the ventilator repair working group promoted by the Ministry of Economy in Brazil, becoming an active member in the fight against the COVID-19 virus. The company has made its five manufacturing facilities available to the authorities in the South American country, where a group of volunteer employees began repairs of said equipment.

As such, GM’s industrial complexes in Gravataí, Joinville, São Caetano do Sul, São José dos Campos and Indaiatuba were repurposed to carry out repairs of medical devices. So far, the automaker’s facilities have received 91 ventilators, of which 37 have already been repaired and returned to their respective hospitals in the next few days after calibration. 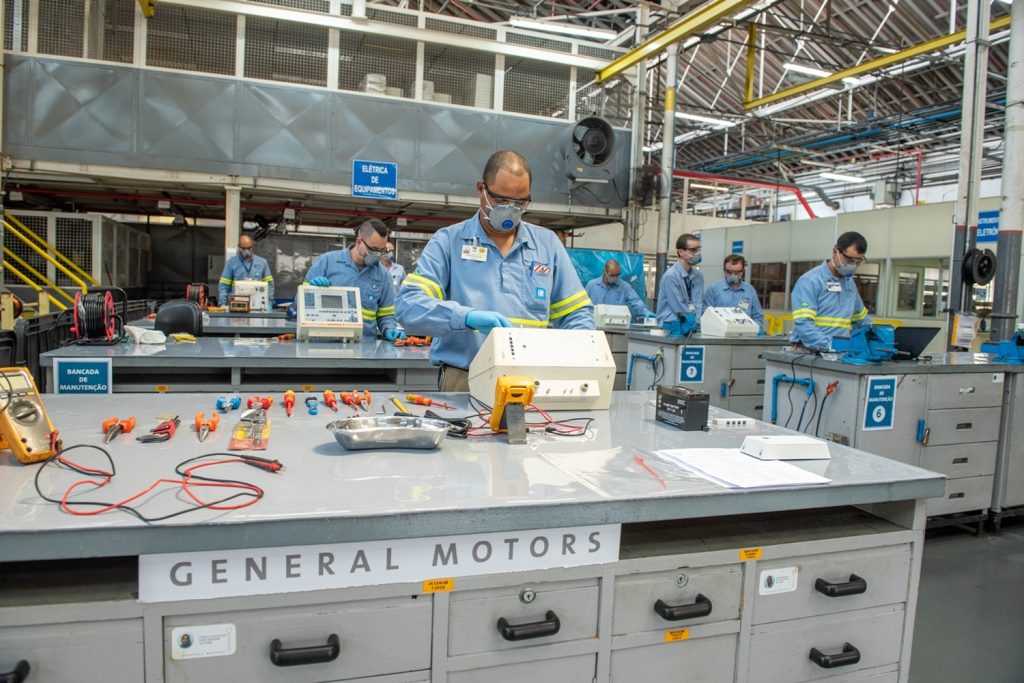 “We are carrying out repairs at our facilities in Gravataí (RS), Joinville (SC), São Caetano do Sul (SP), São José dos Campos (SP) and Indaiatuba (SP),” said GM Brazil Innovation Manager, Carlos Sakuramoto, in a press release. “More than 65 voluntary GM employees are involved in the process and more will be invited to join the group as demand grows,” he added.

After stopping car manufacturing in Brazil due to restrictions to contain the spread of the pandemic, GM was the first auto company to join the effort between the Brazilian government and private companies to repair all ventilators that do not work in the country. The action seeks to increase the number of devices available to help patients in critical condition due to the COVID-19 virus.

To date, more than 3,000 non-working ventilators have been identified across the country, but the number may be even higher. The goal is to repair 100% of the devices by picking them up at hospitals, taking them to a nearby factory, repairing them with previously trained labor, and returning the equipment to the hospital of origin to battle the pandemic.

Subscribe to GM Authority as we bring you the latest GM Brazil news and ongoing GM news coverage.