To note, all four filings have not completed registration as of this writing, and the first filing for “Onix” (from September 2016) has been abandoned and now shows a “dead” status. It’s logical to conclude that the same will likely soon be the case with the first “Chevrolet Onix” filing (also from September 2016), since that application has passed the registration deadline. It’s this latter circumstance that has caused GM’s legal team to file the “Chevrolet Onix” application a second time, much like it already did for “Onix” a month prior.

Whereas the three prior filings made us wonder whether GM is planning on introducing the Chevrolet Onix in the U.S. market, this latest filing makes us wonder about that possibility even more. 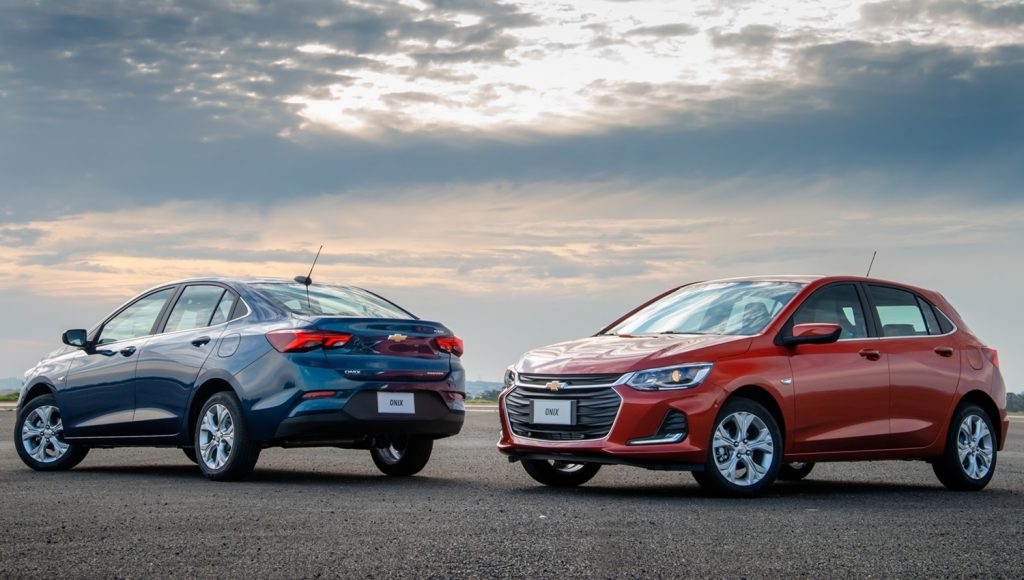 The Onix, now in its second generation, is a family of subcompact passenger cars – currently made up of a four-door sedan and five-door hatch. The vehicle – which was developed on the Global Emerging Markets architecture, otherwise known as the GM GEM platform, is currently sold in various developing markets, including Mexico and South America. In the latter market, the Onix has quickly risen to be the best-selling new car on the continent. What’s more, the vehicle is also available in China, where it replaced the Cavalier.

Based on what we know at the moment, the Onix is not destined for U.S. consumption. We’ll keep following this one, and invite you to subscribe to GM Authority for the latest Chevrolet Onix news, Chevrolet news and ongoing GM news coverage.