Deliveries of the 2020 Corvette C8 began early last month and customers all over the country are now excitedly taking delivery of their new mid-engine sports cars. One customer’s excitement was a bit hampered, however, when he noticed a discrepancy on the window sticker that came on his car.

On a Facebook page called “C8 Corvette Owners (And Friends),” a Corvette C8 owner posted a photo of the two window stickers that came with his vehicle. One of the stickers correctly indicated the car’s engine was built in the United States, as well as its eight-speed dual-clutch transmission. The second window sticker that came with the car seemed to suggest otherwise, showing the transmission was actually built south of the American border in Mexico. 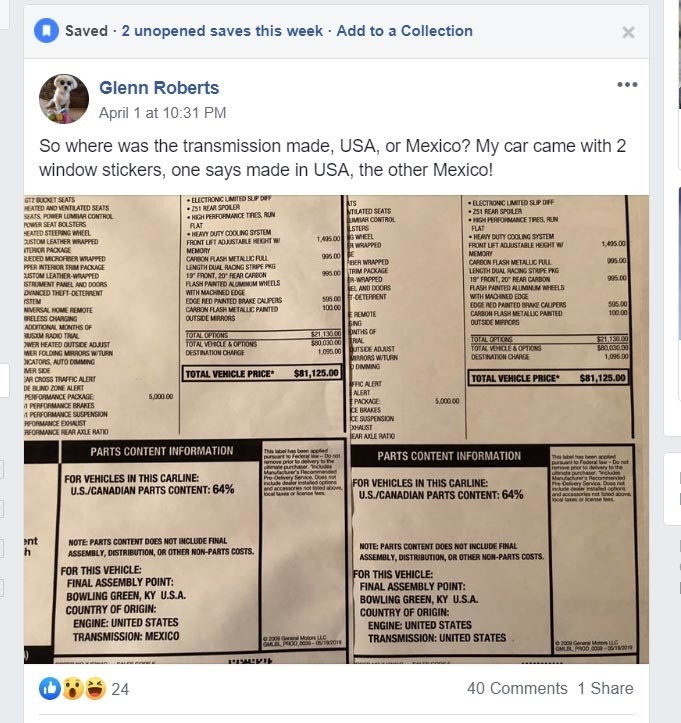 We were equally as confused as the vehicle owner when we saw this, so we reached out to General Motors for some clarity. Luckily for C8 Corvette owners, this is simply an error with the window sticker and GM is not building its dual clutch transmissions in two different plants.

“The dual-clutch transmission is made in the United States,” a GM spokesperson confirmed in a statement over email. “Early labels were incorrect so a corrected version was also sent to owners.” 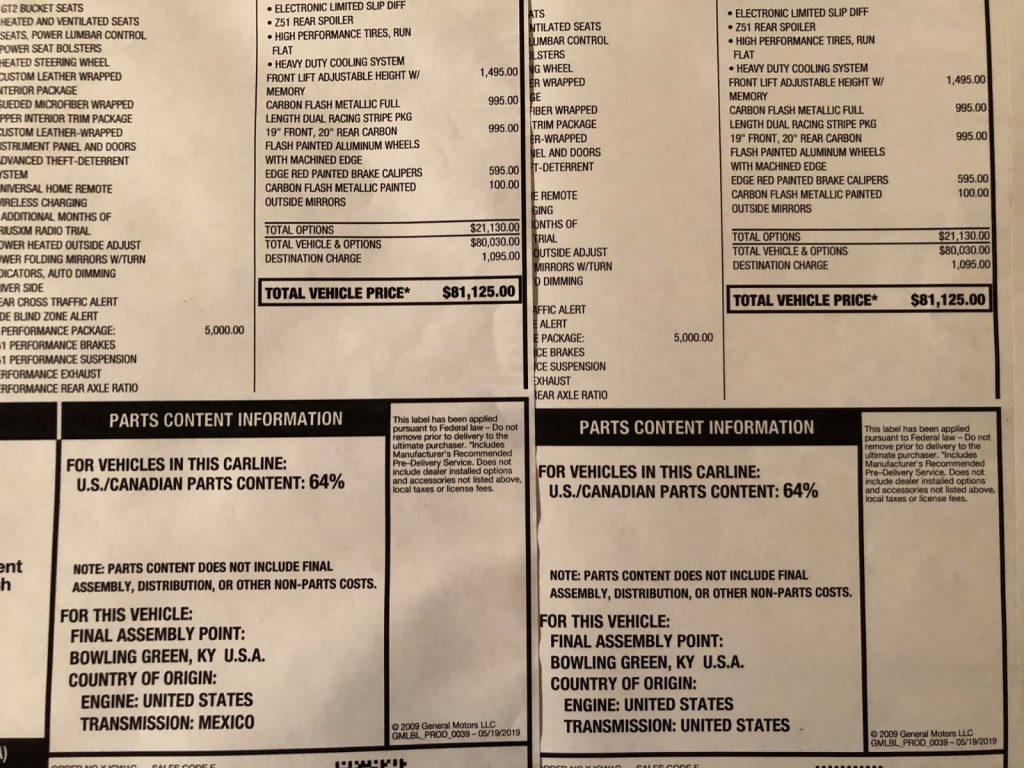 We also inquired as to how many erroneous window stickers may have been sent out, but did not receive an answer. With deliveries having only been ongoing for about a month now, though, GM appears to have noticed and rectified this printing error rather quickly.

The eight-speed dual-clutch transmission used in the 2020 Corvette C8, also known as the TR-9080 DCT, was designed by Tremec and is manufactured at the company’s plant in Wixom, Michigan. The transmission uses two wet clutches and also houses the standard mechanical differential or the optional electronic diff, also known as the eLSD. The 6.2L LT2 V8 engine that it links up with it is built at GM’s Tonawanda Engine plant in Buffalo. The transmission and engine are both sent to GM’s Bowling Green Assembly plant in Kentucky to be installed into the vehicle. 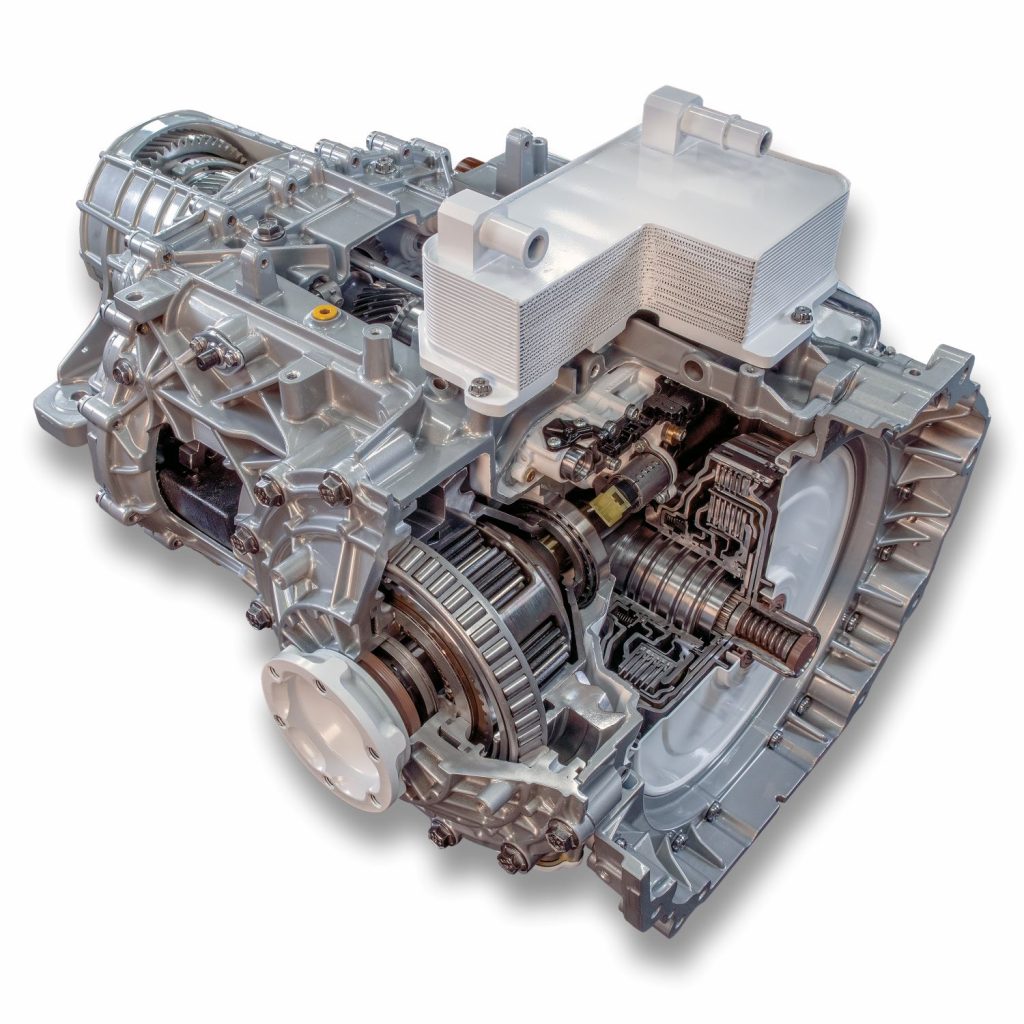 As the 2020 Corvette C8 window sticker indicates, more than 60% of the components that make up the sports car are sourced from either the United States or Canada.