Last year’s UAW strike lead to fairly lengthy delays for the Corvette C8. The mid-engine sports car was originally set to enter production in December and begin shipping to customers in early 2020, but strike-related delays forced the launch to be pushed back to late February.

Understandably, Corvette C8 owners were ecstatic to begin receiving their cars after the unexpectedly long wait time, but one Vette owner barely got to enjoy his new car for a full 24 hours before it was totaled by a drunk driver. 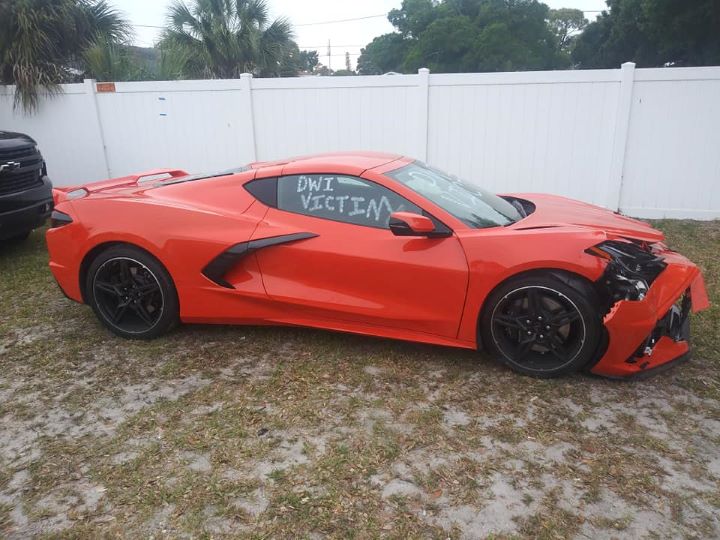 As The Drive reports, Facebook user June Bug took delivery of his new Sebring Orange Tintcoat Corvette C8 Z51 on April 2nd. The next day, he was driving down Highway 41 near Bradenton, Florida when a suspected drunk driver in a Hyundai Accent pulled out in front of him, causing him to t-bone the black compact car. The impact pushed in the nose of the mid-engine Corvette and completely collapsed the entire side of the Hyundai, but thankfully no one was hurt in the crash. In a post on his Facebook page, June Bug said Chevy did a great job designing the Corvette C8, as both he and his passenger were able to walk away from the heavy front-end impact without any serious injuries. 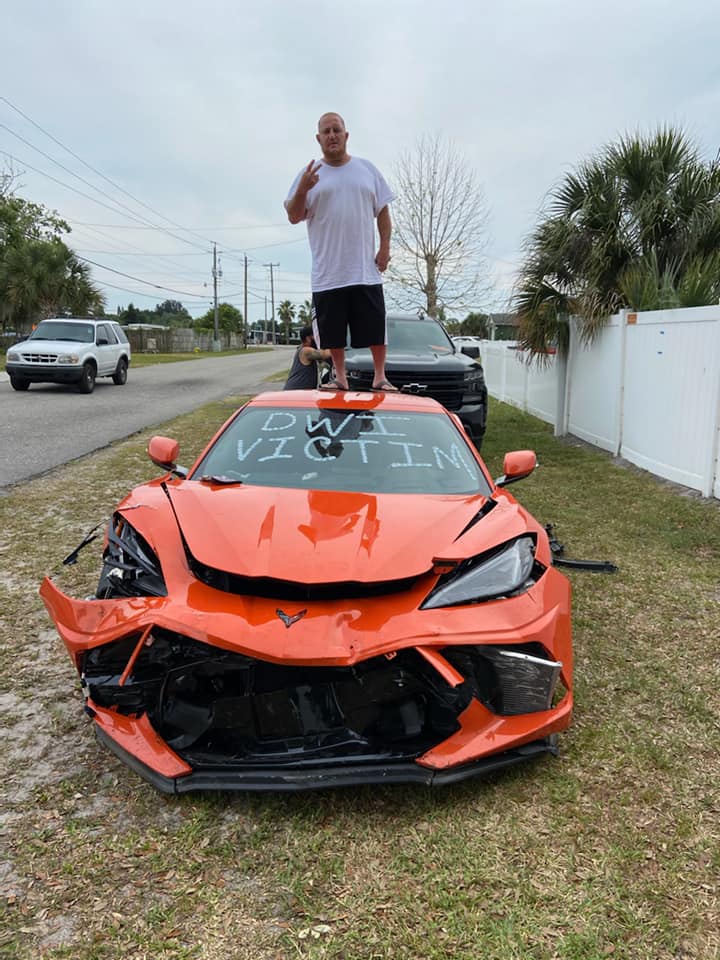 Photos uploaded to his Facebook page after the fact show the extent of the damage. The crash flattened the front end of the mid-engine sports car and set both airbags off. The eight-speed dual-clutch transmission and 495-horsepower, 6.2L LT2 V8 engine may be salvageable, though we’re sure that’s little consolation for this heartbroken Corvette owner.