Modifying a General Motors LS-powered car to make 1,000 horsepower is fairly easy, relatively speaking. The abundance of aftermarket parts available for the LS engine family and well-documented history of other tuners modifying the engine make an LS build a fairly simple undertaking for most experts.

So when YouTube channel Hoonigan set about building a 1,000 horsepower standing mile race car out of a V6-powered fifth-generation Chevrolet Camaro, they could have simply built (or even bought) a 1,000 horsepower LS V8 and dropped it in the front of the car very easily. That wouldn’t have been very entertaining or interesting, though, and Hoonigan is all about being different. 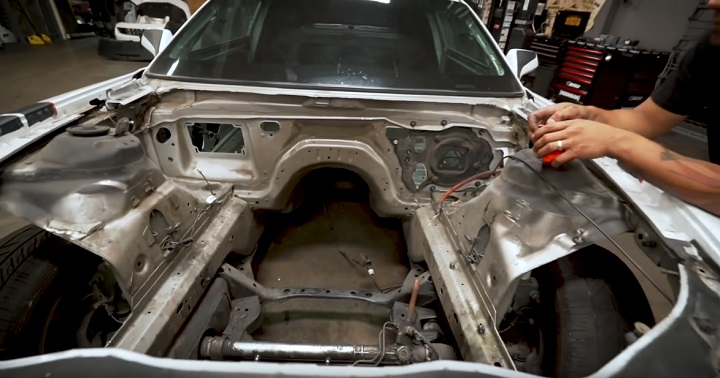 For that reason, Hoonigan decided to take a much harder route in their quest for 1,000 horsepower. Rather than opting for an LS swap, they went for a 6.6L LBZ Duramax diesel engine. Surprisingly, the Duramax fits into the engine bay of the Camaro with minimal modification, though some cutting and welding is required. Before they dropped the engine into this muscle coupe, though, they visited the engine experts at Edelbrock, who provided them with some of the parts necessary to make the heavy-duty truck engine produce enough power to carry the Camaro to 200 mph. They also turned to PPE Performance for some help in upgrading the Duramax, which provided them with a new block, new pistons and a stage 2 camshaft. They also acquired some twin turbochargers from Precision. 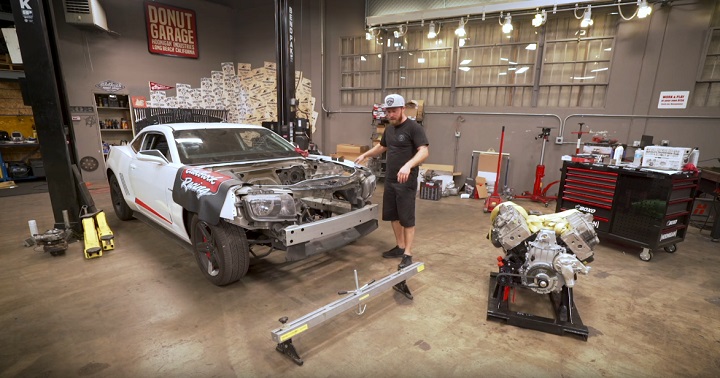 As one may expect, such a high horsepower build also requires an upgraded transmission. Handling the cog swaps in Hoonigan’s diesel Camaro is a rebuilt 4L80E four-speed automatic, which has special gearing to help take the car to their 200 mph standing mile goal.

We don’t want to ruin this multi-part build series, so check out the first episode embedded below and click these links for parts 2, 3 and 4. We’re hoping to see more of Hoonigan’s Duramax-powered Camaro in the future, including some standing mile top speed runs. Unfortunately, we probably won’t be able to see more of this rather wild build until the COVID-19 pandemic is done with.