The wreck-filled Food City Showdown presented by M&M’s caused all sorts of behind-the-screen drama after a handful of racers wrecked others out of the event on purpose. The race was barely 10 laps in when the No. 14 Ford Mustang of Clint Bowyer drifted up into the side of the No. 43 Chevrolet Camaro of Bubba Wallace, giving Bowyer rear end damage. Bowyer then retaliated, driving into the side of Wallace and spinning himself out. Wallace, frustrated with the situation, then quit the race session – a move that caused his sponsor for the event, Blue Emu, to drop him.

More drama unfolded about halfway through the race when Kyle Larson used his No. 42 Camaro as a battering ram to take out Daniel Suarez’s No. 96 Ford Mustang. This brought out the yellow flag, but that didn’t stop Larson from continuing his retaliation against Suarez, crashing into the back of his Mustang once more under caution. Suarez then enacted his own revenge before race officials parked both competitors for the remainder of the race. 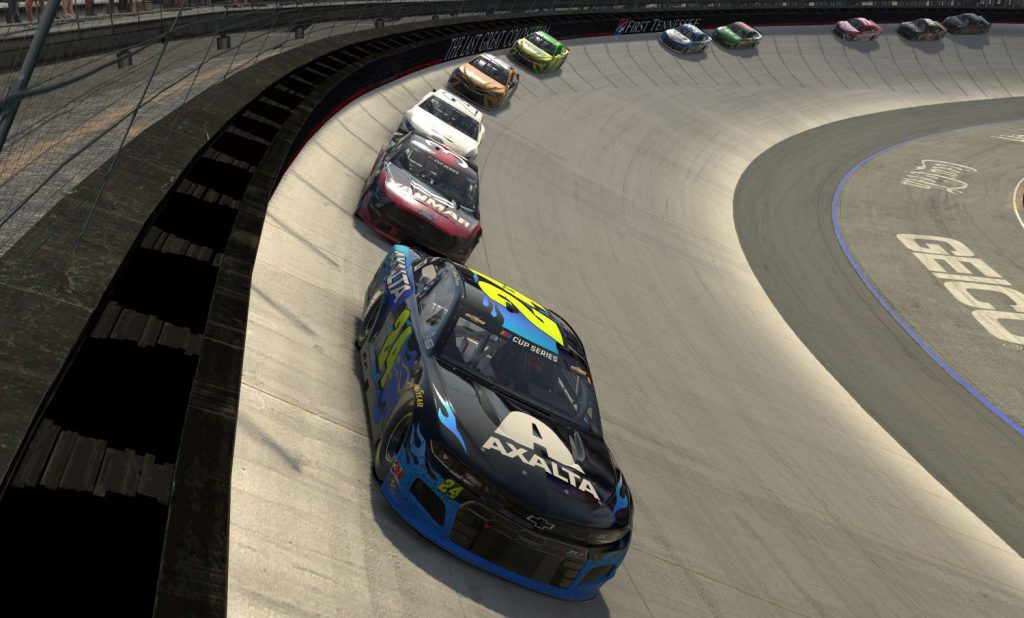 Byron, meanwhile, led the first 73 laps of the race in his No. 24 Camaro and managed to avoid the carnage further back in the field whilst racing up front. He diced with Chris Buescher for the lead in the latter half of the race, who worked his way to the front on pit strategy, but retook the lead for the final time with 43 laps remaining.

“It was a lot of fun,” Byron told FOX Sports post-race. “We had to work through some track position and really keep ourselves up toward the top five. This one of the race tracks I always enjoy coming to in the Cup car. … It’s fun to have a little bit of pressure on a race in iRacing.” 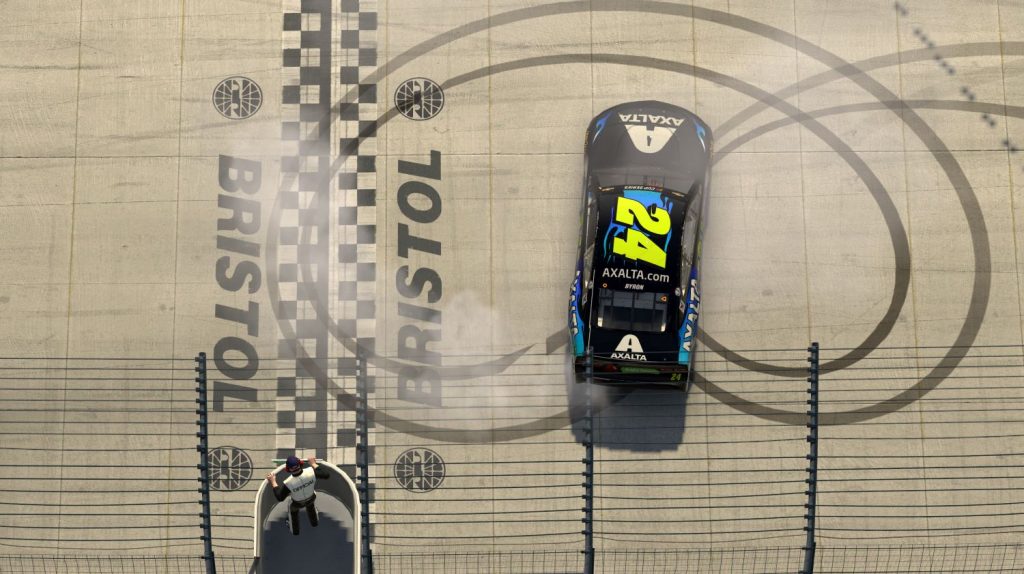 Byron also had some words for his fellow NASCAR competitors who weren’t treating the iRacing series seriously, pointing out that many competitors put a lot of time into practicing and preparing for the virtual races.

“I think the easy excuse is that this is a game,” Byron said. “At the end of the day, everyone is racing and seeing how much time some guys have put in, I know it means something to them. It’s race craft. Race craft is the same no matter what you’re racing, whether it’s on the computer or at a dirt track or at an asphalt race, it’s the same.”

John Hunter-Nemechek crossed the finish line second behind Byron, while Timmy Hill, Matt DiBenedetto and Denny Hamlin rounded out the top five. View complete highlights from the virtual race in the video embedded below.