We’ve featured C8 Corvette owner and Chevrolet salesman  Morgan Crosbie’s videos on our site in the past. The London, Ontario-based YouTuber was one of the first people in the country to take delivery of the new mid-engine sports car and has been using his channel to educate Chevy fans on the differences between the new car and previous front-engine Corvettes, including how it drives in the snow. 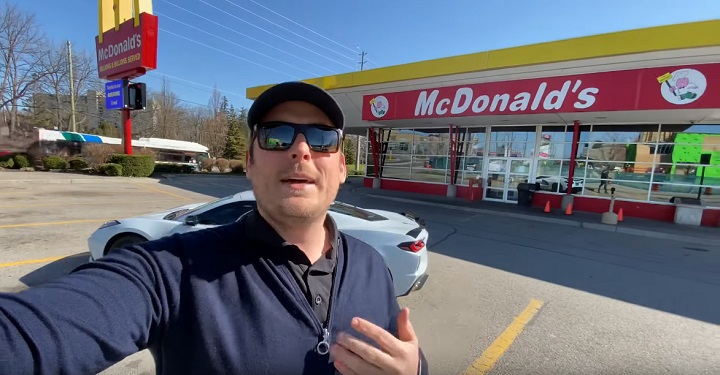 His status as both a C8 Corvette owner and a General Motors salesperson puts him in a unique position to offer valuable insights into the Corvette brand. Crosbie recently pulled up his Corvette C8 sales log to give viewers an idea of the kind of demographics changes that have occurred when Chevy moved to the mid-engine platform for the Vette. Not surprisingly, he found the average C8 Corvette buyer is younger than the average C7 Corvette buyer. This will be welcome news for Chevy salespeople both in Detroit and at its various retail storefronts, as younger buyers will be around longer to keep on supporting the brand.

Many Corvette traditionalists expressed frustration when they found out the car would be moving to a mid-engine platform. While the idea of a mid-engine Corvette was been on GM’s mind since the 1960s, they see a true Corvette as being a front-engine vehicle only. This isn’t the only reason older buyers aren’t scooping up the C8 Corvette, though. Some are simply waiting for later model years so Chevy can iron out the kinks, whereas others are waiting for upcoming performance variants like the C8 Corvette Z06 and ZR1.