Look, we’ve all been there. You’re cruising down the highway, there’s an open lane in front of you, the road is dry and the conditions are good. In a situation like that, who wouldn’t want to open it up a little? The problem is figuring out what’s excessive, and what’s not, and unfortunately for the driver of this particular red Chevrolet Corvette, that line was only found after his car had spun off the road.

This video is short, lasting just over a minute, but it gets to the point pretty quickly. It shows a motorist cruising down the highway in the middle lane, going the speed limit and jamming out to some music. Suddenly, a red Chevrolet Corvette blasts by in the left lane, V8 engine singing away as the driver digs into the throttle. It’s hard to tell exactly how fast the Corvette is traveling, but judging how quickly it trails off into the distance, we’d estimate well in excess of 100 mph. 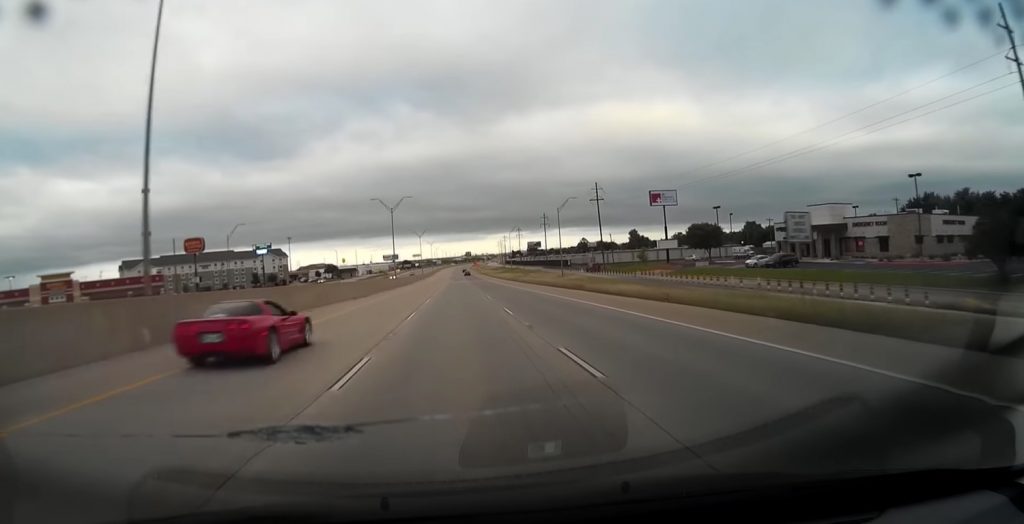 The driver with the dash cam shrugs it off, but then, about 20 seconds later, a police cruiser rips by with its lights flashing. Clearly, the cops are chasing the Chevrolet Corvette that ripped by earlier, and the Vette has a massive lead.

Or at least it did. 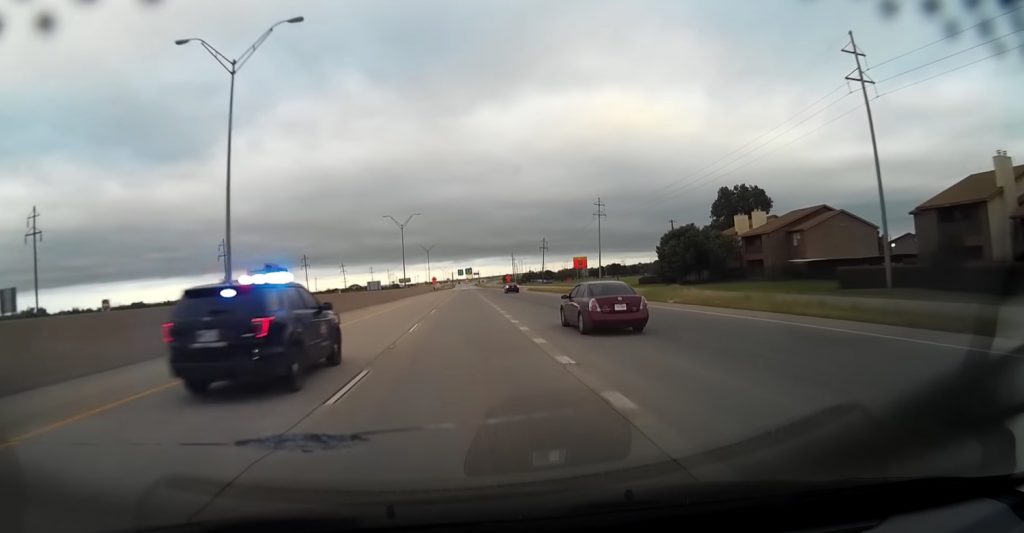 Not long after we see the police SUV start to pull over to the side of the road, we see tire marks leading off the right side of the road towards a grassy embankment. Lo and behold, there’s the red Chevrolet Corvette parked in the dirt. 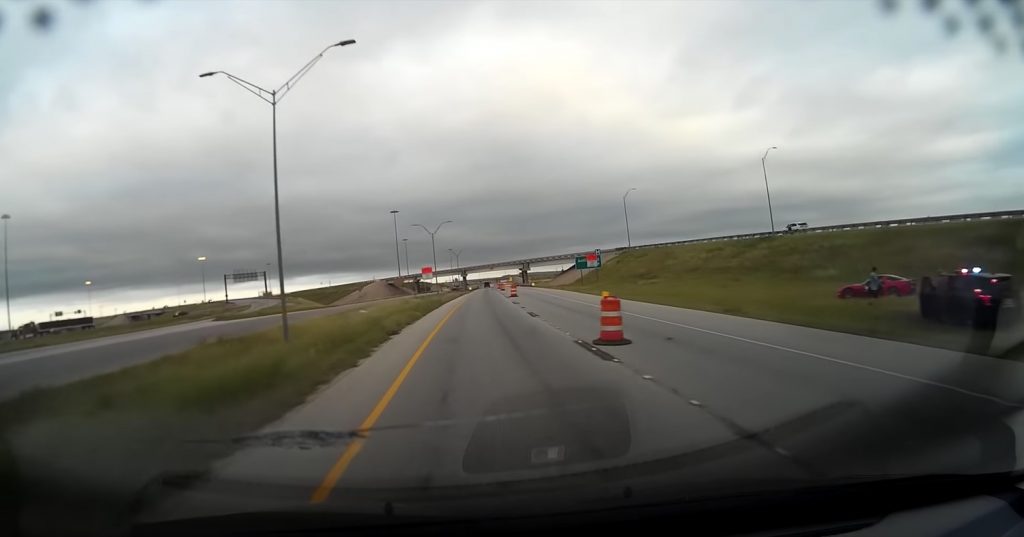 The driver is standing outside of his red sports car, and it’s unclear if there’s any damage. It’s possible the driver simply lost control around the curve, pirouetted into the grass, and spun to a stop.

Clearly, this driver’s need for speed got the best of him, and when that happens, it doesn’t end well.