The second-generation Chevrolet Colorado launched in the U.S. for the 2015 model year, offering customers either a standard four-cylinder engine or an available six-cylinder engine. However, since the second-gen model’s release, enthusiasts have been clamoring for a high-performance version. Well, we heard ‘ya, so we decided to render our very own Chevrolet Colorado SS.

Before we dive into this, it’s worth mentioning that General Motors currently has no plans to actually build a Chevrolet Colorado SS model. But hey – we can dream, can’t we?

With that covered, let’s take a took at the rendering. 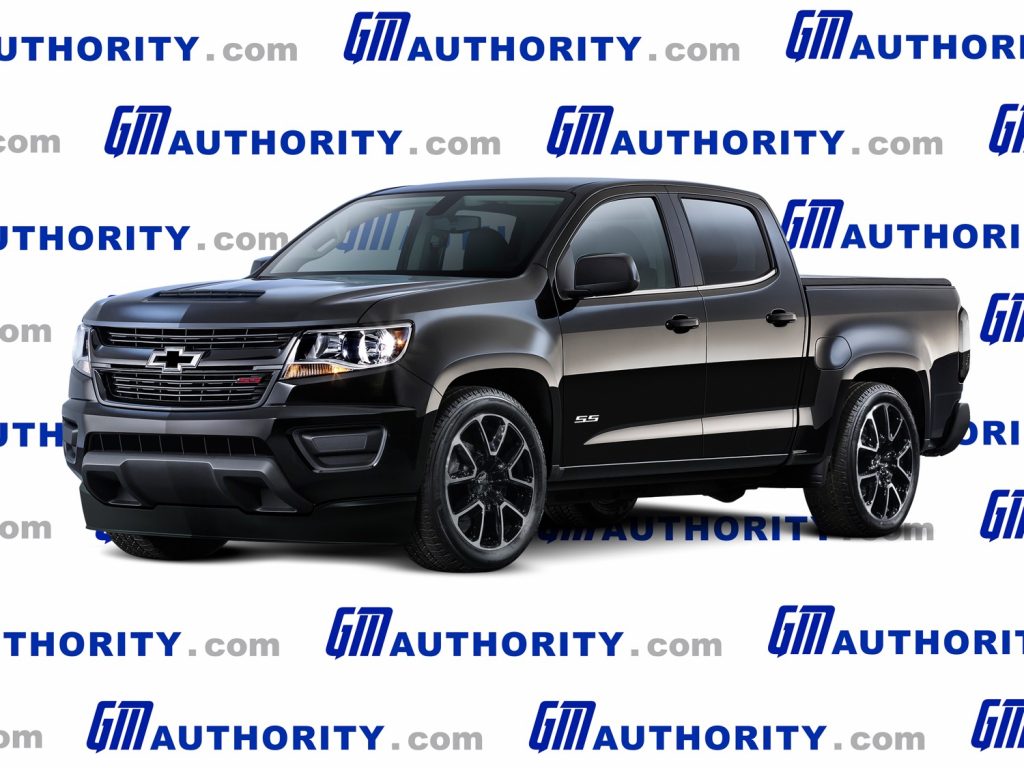 Draped in black paint and sporting a number of black accents, our Chevrolet Colorado SS rendering looks sinister. The front end gains a unique SS-style grille insert with a black Bow Tie badge, black crossbar, and red SS badging, while additional SS badging was added to the front doors in white. The wheels are large alloys that fill the squared-off fenders with purpose, and the pickup is lowered to give it the appropriate stance. There’s also a black air dam up front that enhances the aero, plus a slim horizontal intake for the hood.

Meanwhile, the rear end of our Chevrolet Colorado SS shows off with clear-lens tail lamps and new inner graphics. Additional SS badging is added to the tailgate, and there’s a set of quad exhaust pipes integrated with the body-colored lower bumper. Another black Bow Tie badge on the tailgate finishes it off. 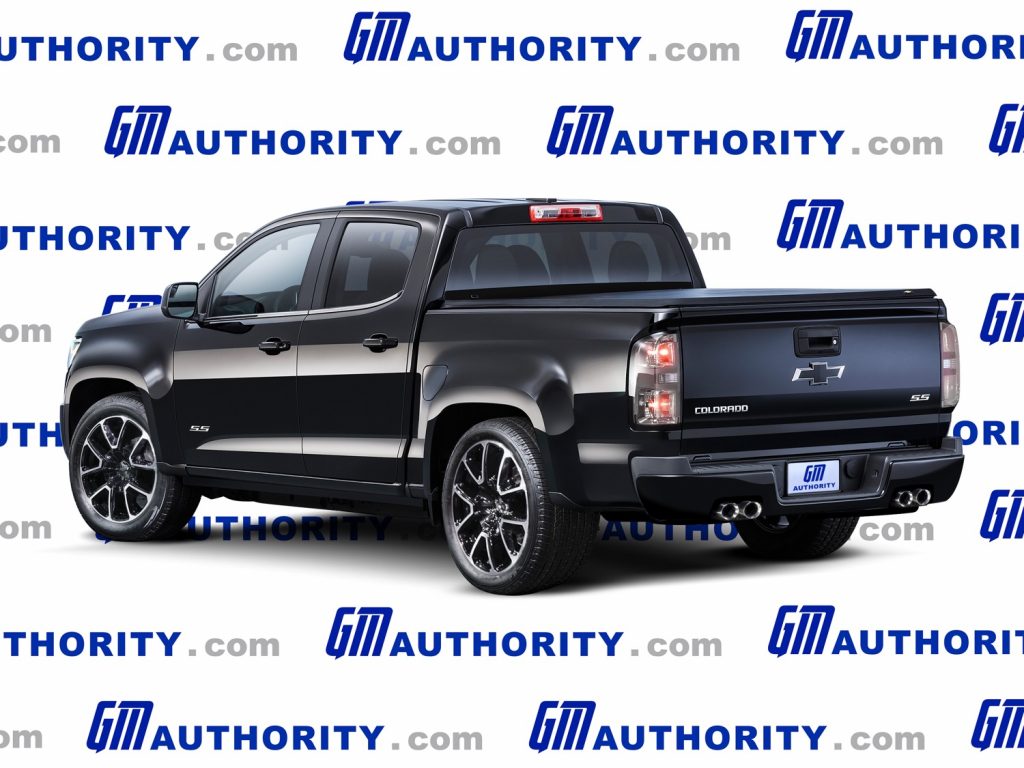 To note, the second-gen Colorado is poised to receive it’s biggest update for the 2021 model year, including a revised front fascia, new rear tailgate lettering, new standard equipment, and new packages. The current Colorado will be replaced with an all-new model around 2023, riding on an updated version of the current GMT31XX platform called 31XX-2.