Late Sunday night, the driver of a Chevrolet Camaro hit something on Interstate 240 in Memphis, Tennessee. The driver didn’t know what he had hit, but did notice that his front bumper was damaged. The next day, he brought his car into a local repair shop, at which time one of the shop employees noticed a bobcat staring at him from inside the Chevy’s front bumper. 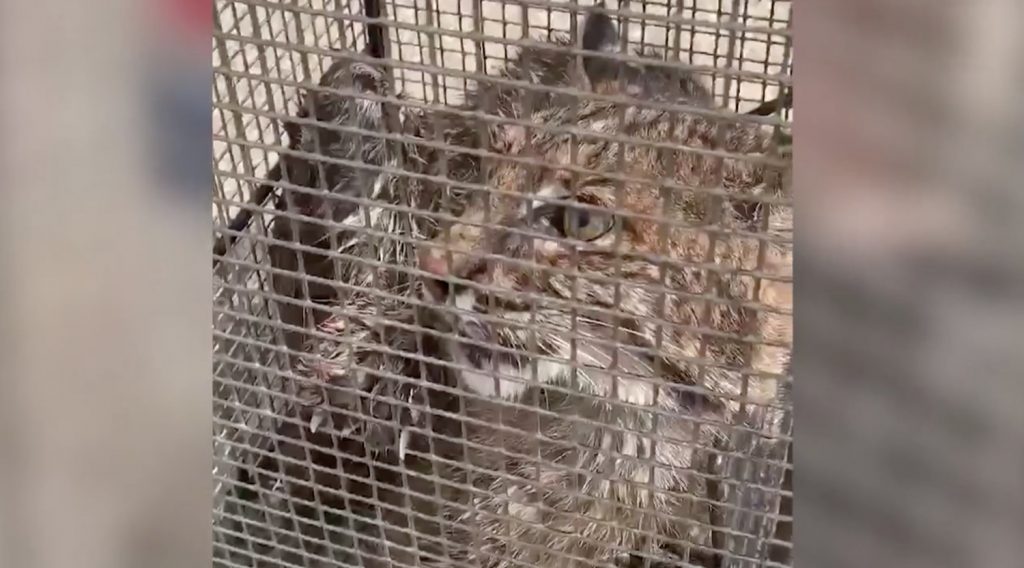 “It was alive,” said Kelvin Jones, an employee at the body shop where the Chevrolet Camaro owner brought his car. “That was the shocking part of the story to me.”

Indeed, the fact this little animal managed to not only survive being struck by a car, but then lived inside the bumper for 12 hours and an unknown number of miles is frankly amazing.

No further updates on the animal’s condition were provided.

No doubt, this has to be one the weirder occurrences that the folks at that body shop have ever come across. While run-ins with the local wildlife are no doubt common, finding that wildlife still alive inside the torn body panels of a Chevrolet Camaro has to be something of a first, no?

Check out the video below to watch as the bobcat is removed from the front bumper of the Chevrolet Camaro, then later placed in a cage.

What would you do if you found an animal living inside your bumper? Let us know in the comments, and make sure to subscribe to GM Authority for more Chevrolet Camaro news, Chevrolet news, and around-the-clock GM news coverage.