The Cadillac CT4-V Blackwing and the larger Cadillac CT5-V Blackwing were previously set to launch toward the end of 2020, but the COVID-19 pandemic has unfortunately delayed the arrival of both performance sedans until early 2021.

That doesn’t mean we have to wait until next year to know what these sedans will look like, however. We decided to fire up our image processing machines and try our hand at digitally rendering the Cadillac CT4-V Blackwing using spy shots of the sedan and other background information we have on it. The end result is a rendering that we feel is fairly true to the production model that will debut in the not-too-distant future. 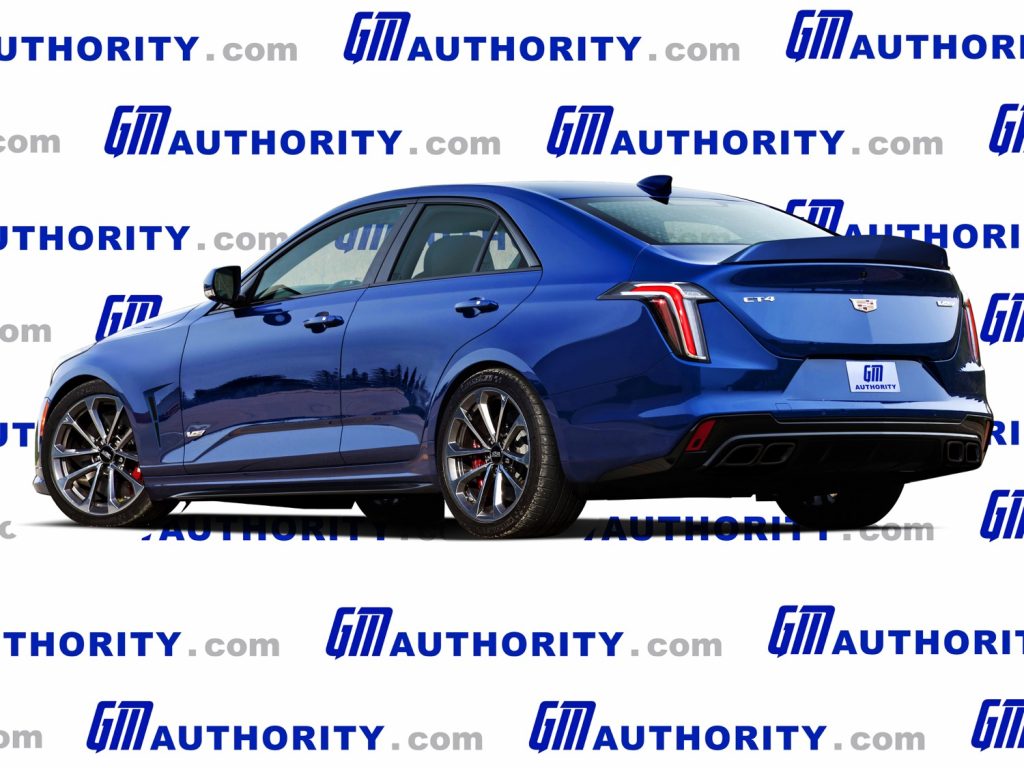 Our Cadillac CT4-V Blackwing rendering features an aggressive front fascia, subtle side skirts, a restyled lower rear valance with integrated back quad exhaust tips and a large ducktail spoiler. Features similar to these can be seen on the camouflaged prototype that General Motors released photos of last year. Our rendering also features a large hood extractor similar to the one featured on the Cadillac ATS-V, a carbon-fiber roof and sporty-looking alloy wheels.

As we reported previously, the Cadillac CT4-V will feature GM’s twin-turbocharged 3.6L LF4 V6 engine. This engine was also used in the ATS-V, where it produced 464 horsepower and 445 pound-feet of torque. Paired with the engine will be a standard six-speed manual transmission, while GM’s 10-speed automatic will be available as an option. Cadillac fans can also expect it to feature a stiffer, track-tuned suspension, larger brakes and unique interior appointments such as a sport steering wheel and carbon-fiber trim.

Somewhat confusingly, the Cadillac CT4-V Blackwing and CT5-V Blackwing will not feature Cadillac’s twin-turbocharged 4.2L Blackwing V8 engine that was offered in the Cadillac CT6 Platinum and CT6-V. GM pulled the plug on the DOHC engine when it bid farewell to the CT6 earlier this year, but decided to stick with the branding for its new line of hardcore performance cars.

“The Blackwing name has come to represent the very best of Cadillac performance engineering, craftsmanship and technology,” Brandon Vivian, Cadillac executive chief engineer, said of the upcoming Blackwing models. “The new CT4-V Blackwing and CT5-V Blackwing build on the brand’s respected legacy of ultimate-performance driving experiences and elevate them even further.”

Stay tuned to GM Authority for more information on this exciting new performance sedan as it becomes available in the coming months.