Now that some of the very first units of the C8 Corvette have made it into the hands of customers, we’re learning all about the new sports car’s various quirks and odd details – including the car’s top speed in reverse.

The following video comes to us from YouTuber TheStradman, who took delivery of his new C8 Corvette a few weeks back. Of course, just like several other excited new owners, TheStradman was eager to test the performance limits of his new ride. As such, he brought it out to a dry lake bed to see what it’ll do. 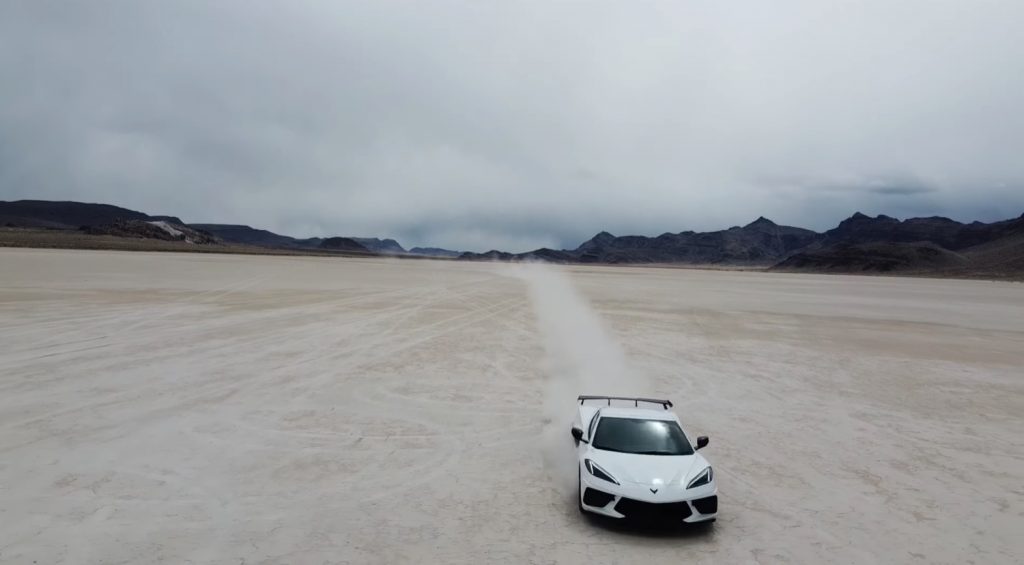 Right off the bat, the C8 Corvette throws down a run to 173 mph with no drama whatsoever. The car looks totally stable, rocketing across the lake bed with laser-like precision.

It’s a pretty confidence-inspiring thing to see, as the new Vette can obviously lay down some crazy speed when properly motivated. TheStradman is so confident, he switches seats with his passenger, who promptly takes the wheel and hits 171 mph. 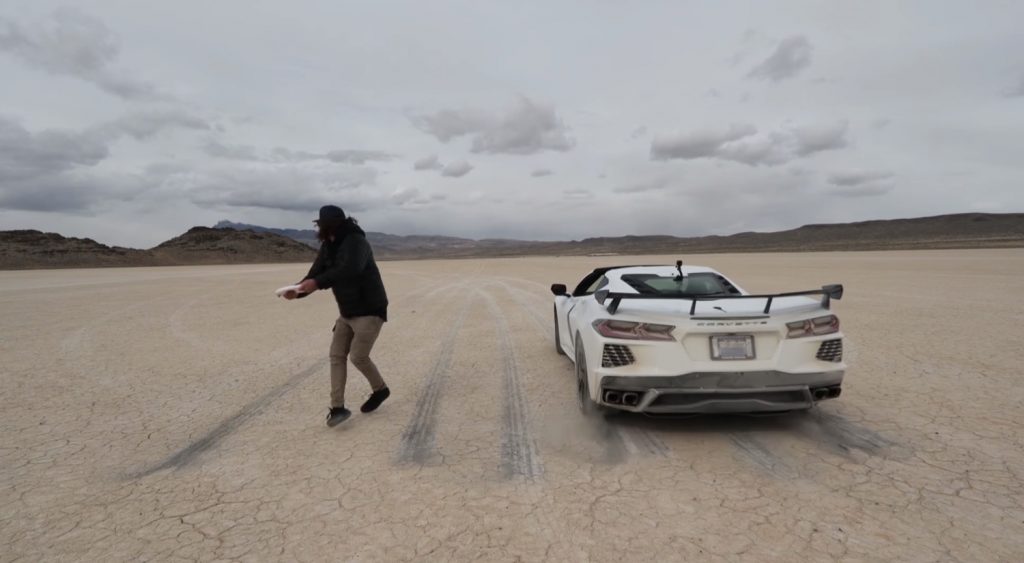 Up next, TheStradman starts to ramp up the shenanigans by chasing down a frisbee in his C8 Corvette like some kind of V8-powered Labrador. He then throws it into reverse to test what it’ll top out at while going backwards.

Apparently, the C8 Corvette will hit 31 mph in reverse. Good to know. 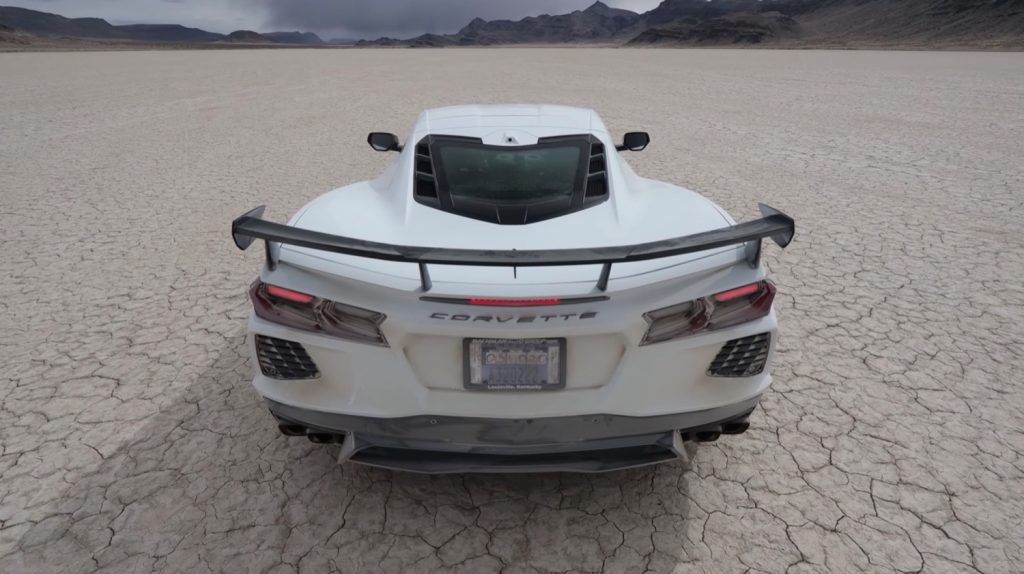 If you’re a fan of fast-paced, vlog-style YouTube videos and you are aching for more C8 Corvette content, this video could be worth a watch. Clearly this guy has a lot of enthusiasm for his the new Vette, and while the video isn’t exactly Earth-shattering with regard to information (at one point the host calls the targa top a “convertible”), it is interesting to see someone push the new C8 Corvette to its limits. Also, it has to be said that the mere fact this video didn’t result in complete disaster for all involved is testament to just how impressive (and user friendly) the C8 Corvette truly is.