The new C8 Corvette debuted back in July, but delivery and production were delayed as a result of 40-day UAW strike. Now, however, the first units of the mid-engine Chevrolet Corvette are finally in the hands of owners, and that means folks have an opportunity to pick apart its various quirks. As such, some owners are complaining about an intrusive dashboard glare that’s affecting visibility. GM Authority reader Charlie is one such owner. As he laid out in a recent letter, Charlie just took delivery of his new C8 Corvette on April 2nd, making for his ninth Chevrolet Corvette model to date. The new sports car is finished in Elkhart Lake Blue Metallic, which is paired with a Natural Dipped Napa leather interior.

Clearly, Charlie is a diehard Vette fan, but it didn’t take long for him to notice something was wrong.

“Took it for the first time on a sunny day last week,” Charlie writes. “Problem: the glare on the inside of the windshield from the dash covering on the driver’s side over the HUD is awful, distracting, and very irritating. This covering should have been black, it’s just a small section that is involved.” 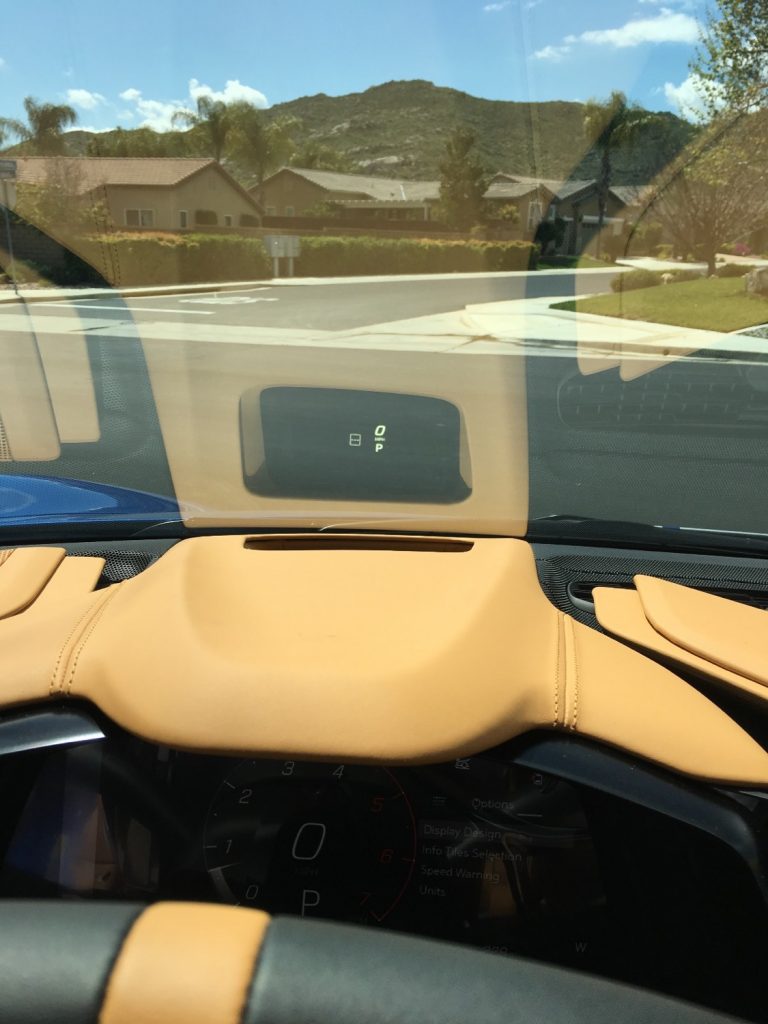 Frustrated, Charlie says he is looking for a solution, possibly with a black replacement section for the dash. As we can see from the picture provided, the bright tan interior finish does indeed look like it would be quite distracting on a bright and sunny day.

Other owners have highlighted additional problems with the new C8 Corvette. For example, one YouTuber pointed out how the new Vette’s engine bay would collect a fair amount of standing water after a wash, which is annoying for those owners looking to detail the naturally aspirated 6.2L LT2 V8 and keep it looking nice.