The road can be a very dangerous place. With all that metal flying around at high speed, not to mention drivers who may or may not be operating their vehicles safely, driving can be a very stressful endeavor. Throw in a few hot tempers, such as the case with the driver of this GMC Sierra pickup, and things can get even worse, as evidenced in the following viral video. 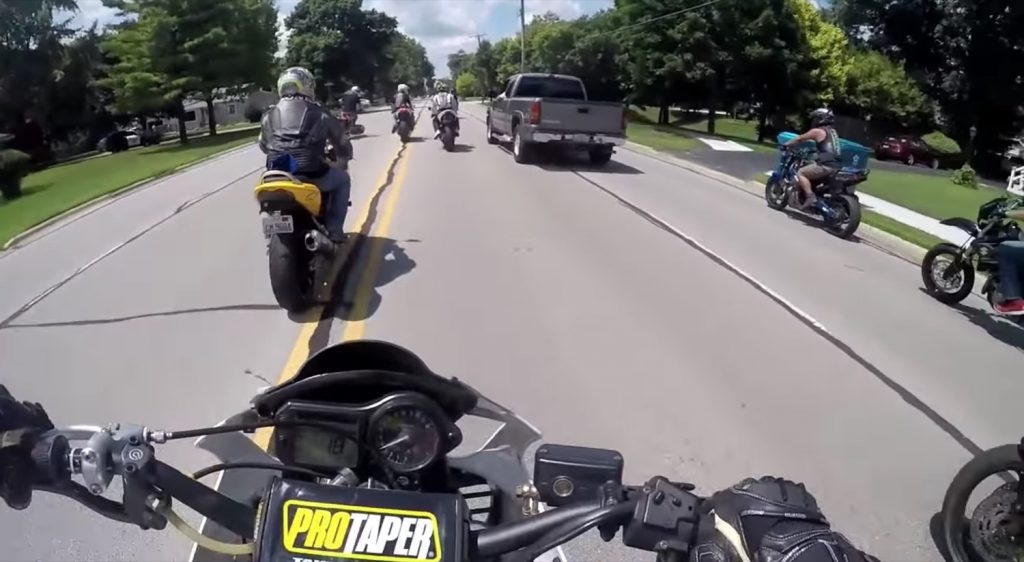 The video is shot from the perspective of one of the bikers, and starts with the GMC Sierra driver making a dangerous pass as a large group of motorcycle enthusiasts cruise down a residential road. Some of the riders throttle up to give chase to the pickup, and the truck swerves, nearly colliding with one of them. The driver comes to a stoplight, and the bikers swarm the truck. The driver and riders then start yelling at one another in the middle of an intersection, and before long, punches are thrown. 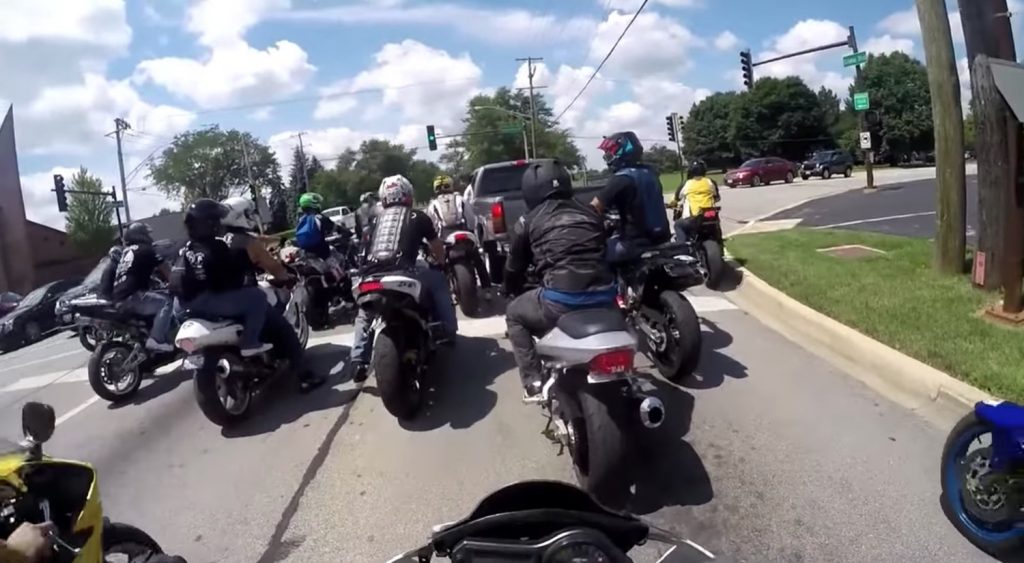 The GMC Sierra driver tries to drive off, but the huge number of riders stops him in his tracks. More harsh words are tossed back and forth, before the driver guns it across two lanes, colliding with one of the riders and running over a bike in the process.

The GMC Sierra driver is so anxious to get away from the horde of bikers, he even drives up on the sidewalk, circling back and forth as he looks for a way out.

Be warned, the video contains some coarse language.

At the end of the day, it doesn’t really matter who’s “at fault” for this melee. Both the GMC Sierra driver and the bikers involved contributed to the chaos, and everyone involved is very fortunate no one got seriously hurt.