Certain Chevrolet fans had long been urging the automaker to pull the trigger on a production mid-engine Corvette, with Zora Arkus-Duntov – the late, great father of the sports car – pushing for such a vehicle during his tenure at General Motors.

Chevy listened to fans and is currently reaping the rewards, with the mid-engine Corvette C8 generating a ton of hype online and a staggering amount of interest and orders – the first of which are being delivered.

That said, there are still many Corvette fans who wish the vehicle stuck with its front-engine layout. As impressive as the mid-engine Vette is, it’s hard to blame these enthusiasts. After all, the Corvette has been front-engined since its inception and we all know that major changes such as this can be hard for many to accept. 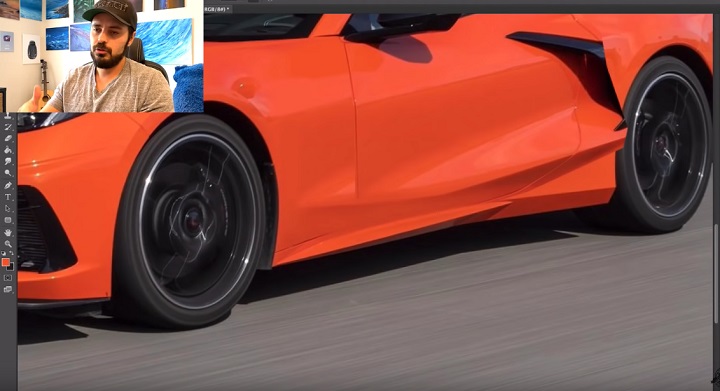 TheSketchMonkey’s front-engine Corvette C8 retains the same front and rear fascias as the production mid-engine model and features a similar window cutout shape. The big differences are in the overall profile of the vehicle. Mid-engine vehicles have more of a cab-forward design, so the theoretical front-engine Corvette C8’s cabin is positioned more rearward, giving it a longer nose. The rear side intake vents have also been tossed out, as they aren’t needed to cool the engine any longer. That said, the front-engine Corvette C7 had intake vents mounted on the tops of the rear fenders, which helped to cool the transmission and differential. 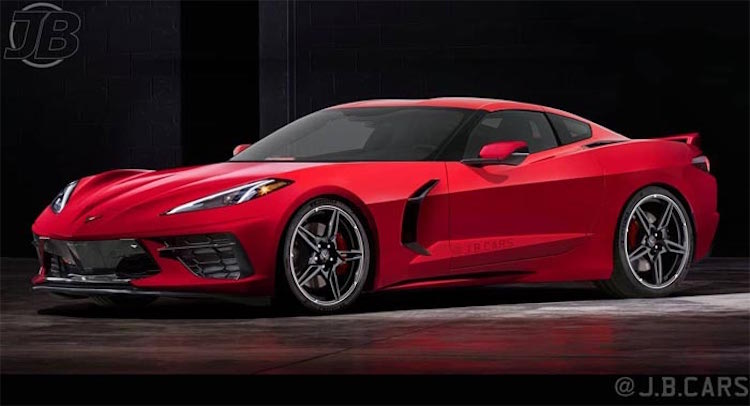 It’s worth pointing out that GM Authority also took a crack at rendering a front-engine Corvette C8. Our rendering used the Corvette C7 body as a basis and featured the same front and rear fascias from the Corvette C8, along with the mid-engine sports car’s new five-spoke wheels.

Check out TheSketchMonkey’s video embedded below to see his creative process in rendering his rehashed Corvette C8.