Alex Bowman survived the carnage at Talladega Superspeedway to take his first NASCAR iRacing Pro Invitational Series win of the year in overtime on Sunday.

Bowman held off Corey Lajoie and Ryan Preece in a two-lap sprint to the finish, with the nose of his No. 88 Chevrolet Camaro ZL1 crossing the finish line just 0.037 seconds ahead of LaJoie’s No. 32 Ford Mustang. It was the third NASCAR iRacing Pro Invitational Series win in a row for Hendrick Motorsports and Chevrolet, with William Byron winning the previous two rounds at Richmond and Bristol.

“I guess just right place, right time, kind of the normal speedway racing deal,” Bowman told NASCAR.com post-race. “I’ve really got to thank Preece for pushing me because that’s what made the difference at that point.”

The No. 88 was also adorned with his real world “Chevy Goods” livery, which was promoting General Motors‘ accessories website chevygoods.com. 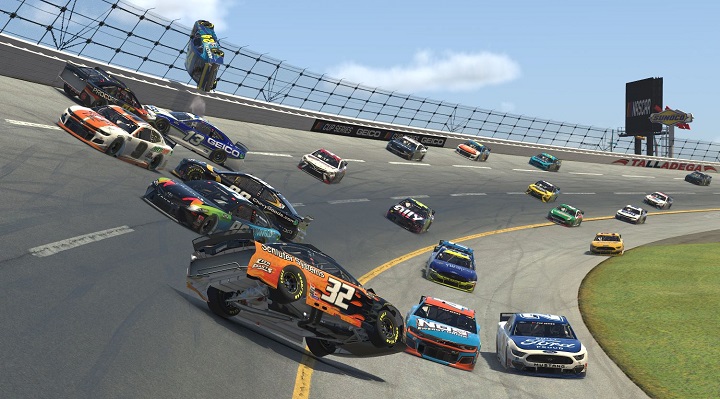 “Just glad to be able to get a win,” Bowman added. “You know, it’s good for everybody with Chevy Goods on the car and it’s good to have some momentum. You know, obviously the season was going really well for us in real life, and then as we got into this virtual deal, had some ups and downs, but to get a win is really cool.”

Bowman acknowledged the yellow flags played into his favor and helped to put him up front in the later stages of the 74-lap event. The first yellow came out as Ricky Stenhouse and Ty Dillon came together, a wreck that also claimed the No. 24 of Jeff Gordon, who was participating in the race as a special guest. Gordon went to a back-up car but was then collected in another wreck involving Chase Elliott with just 14 laps to go. 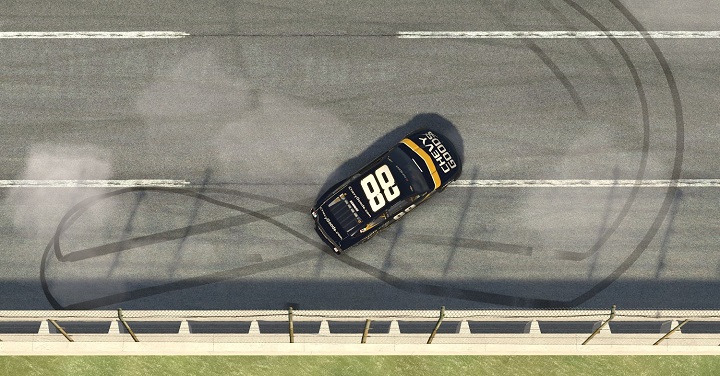 Check out the full highlights from Geico 70 at Talladega Superspeedway in the video embedded below.