Combining the boxy proportions and soft edges of the early-aught Chevy Silverado pickup with a host of performance-flavored upgrades, this custom street truck is sure to turn a few heads. Say hello to the 2004 Chevrolet Silverado by Regency Conversions, a limited edition RST influenced by famed American auto designer Chip Foose. Now, this pickup is up for sale. 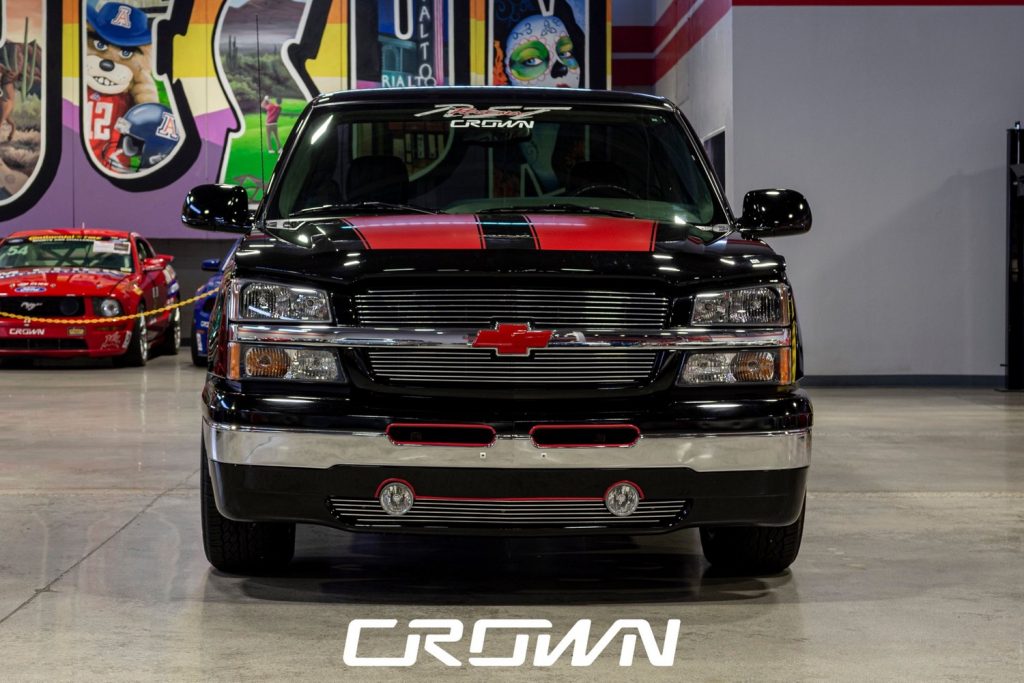 Outside, the Chevy Silverado is covered in deep black paint, which is offset by a number of red details, including a red pinstripe down the flanks and in the front fascia, as well as broad racing stripes and a red Bow Tie badge as well. The Silvy rides on exclusive 20-inch Chrome Regency Speedster wheels designed by Chip Foose, which are wrapped in 265/50R20 performance tires. The polished rollers are a nice complement to the black paint, as are the polished billet grille and chrome door handles, all of which add some nice shine to the package. 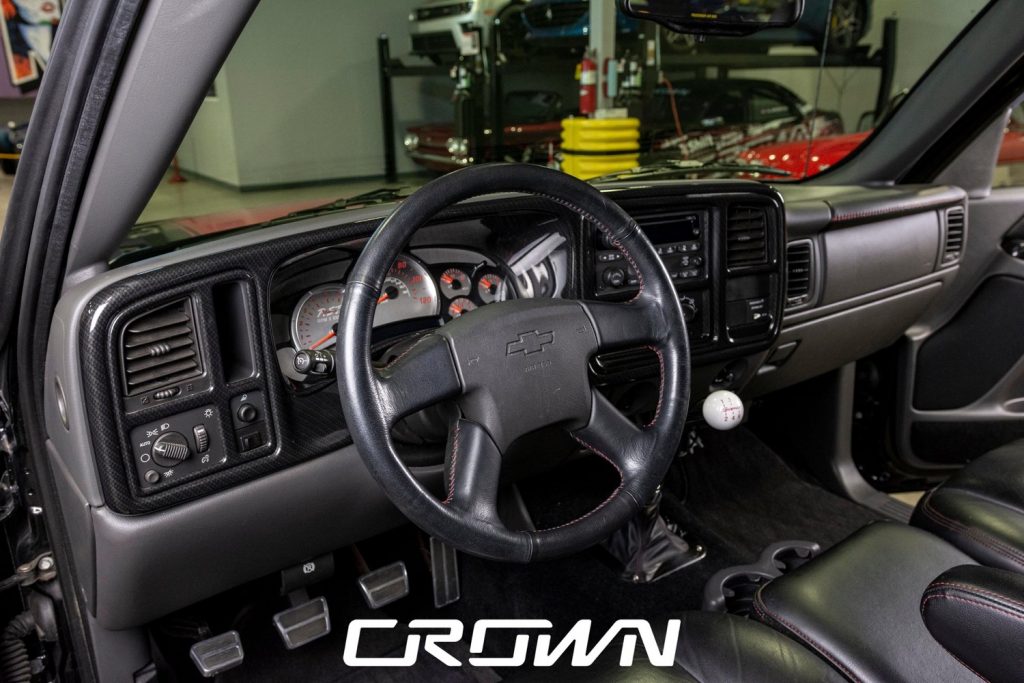 The Chevy Silverado’s cabin is also done in black, and comes with perforated suede 40/20/40 seating with red contrast stitching and Regency branding in the headrests. The steering wheel is wrapped in leather, and also boasts red-contrast stitching, while the dash gets a splash of carbon fiber. 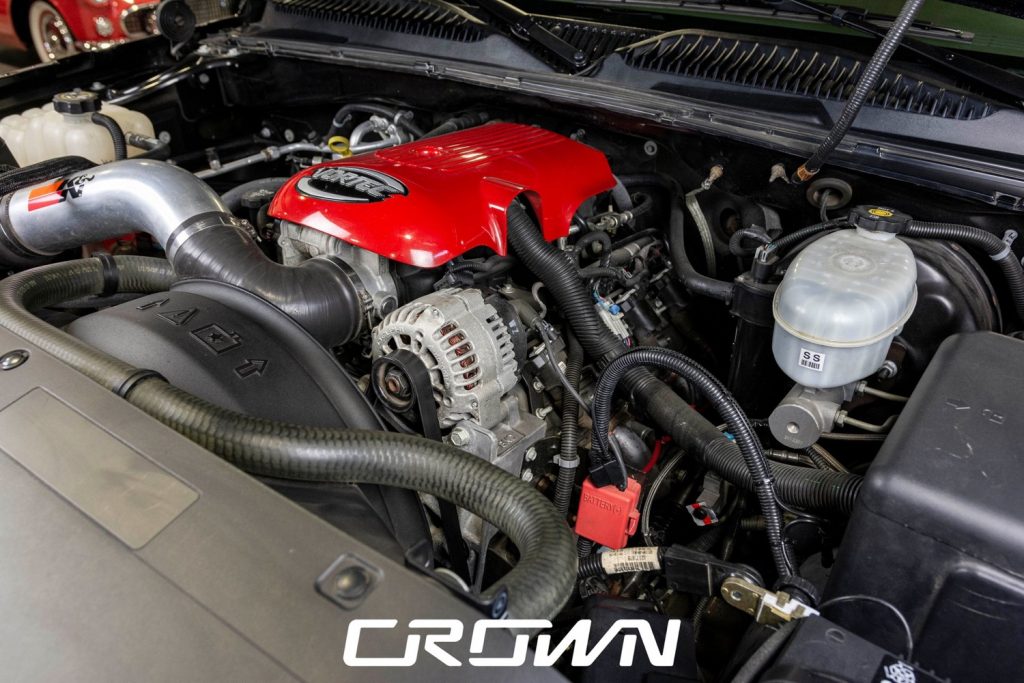 Providing the go in this Chevy Silverado is the 4.8L V8 L20, which was consequently upgraded with a few breathing mods to add to the aural experience (not to mention a few ponies to boot). The mods include a K&N intake system, a new high-flow exhaust, ceramic headers, and stainless steel exhaust tips.

Hit play on the video below to hear this Chevy Silverado rumble.

The rest of the mechanical spec includes a five-speed manual transmission. On the handling side of the equation, there’s a Regency sport-tuned suspension, plus heavy-duty Baer four-wheel disc brakes with drilled and vented rotors.

This custom Chevy Silverado is one of just 300 examples produced, and is now offered by Arizona-based tuning and speed shop Crown Concepts. Pricing is set at at $34,929, with less than 7,900 miles on the clock. 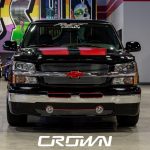 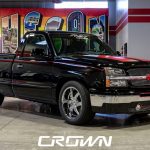 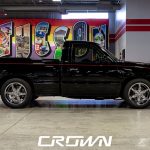 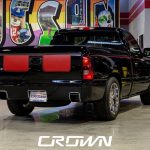 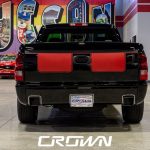 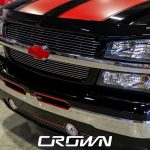 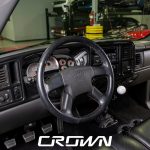 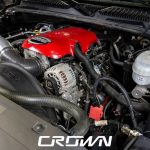