Just because a car has a wing doesn’t mean it can fly.  Unfortunately for the driver of this particular 1998 Camaro, that fact was proven when his Chevy went airborne in a residential zone before landing on its side between two parked cars. 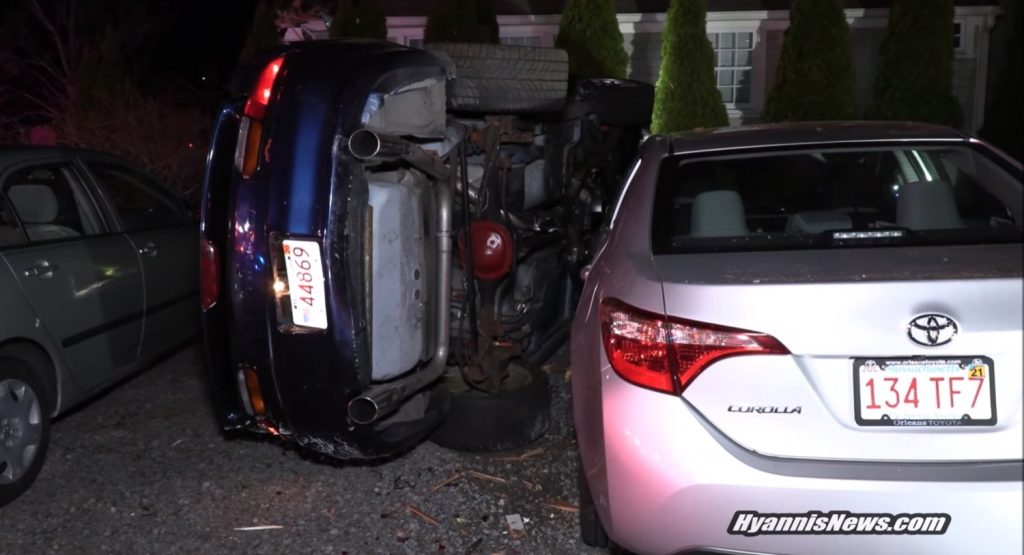 The incident occurred in Dennis, Massachusetts, on Tuesday, April 7th, just before 8:00 p.m. local time. According to a statement made by Lieutenant Peter Benson from the Dennis Police Department, the Camaro was speeding on Route 28 when it exited the roadway, hit the curb, crossed the sidewalk, and hit a rock, catapulting the coupe into the air. The Chevy then smashed the corner of an apartment building roof before coming to rest on its side between two parked cars.

The 23-year-old driver was taken to a local hospital with undisclosed injuries. He will reportedly be charged with speeding, failure to stay within marked lanes, and reckless operation of a motor vehicle. 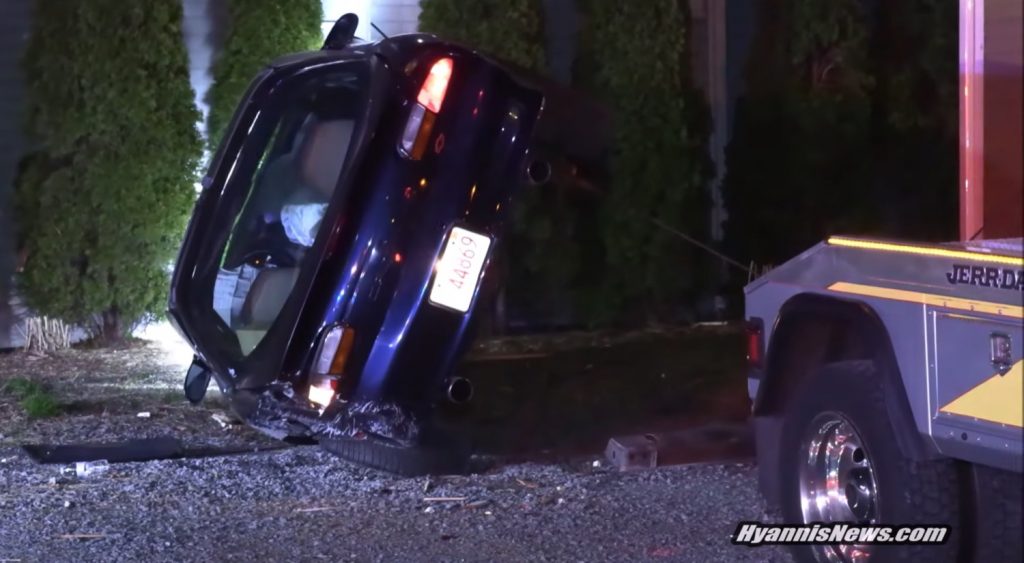 Video of the aftermath was captured by Hyannis News and posted to YouTube, showing the damage to the apartment building and the Camaro perched on its driver’s side flank. The damage to the building looks like it’s primarily to the roof, while the Chevy is severely mangled as well. Incredibly, the two vehicles between which the Camaro landed look more or less unscathed. 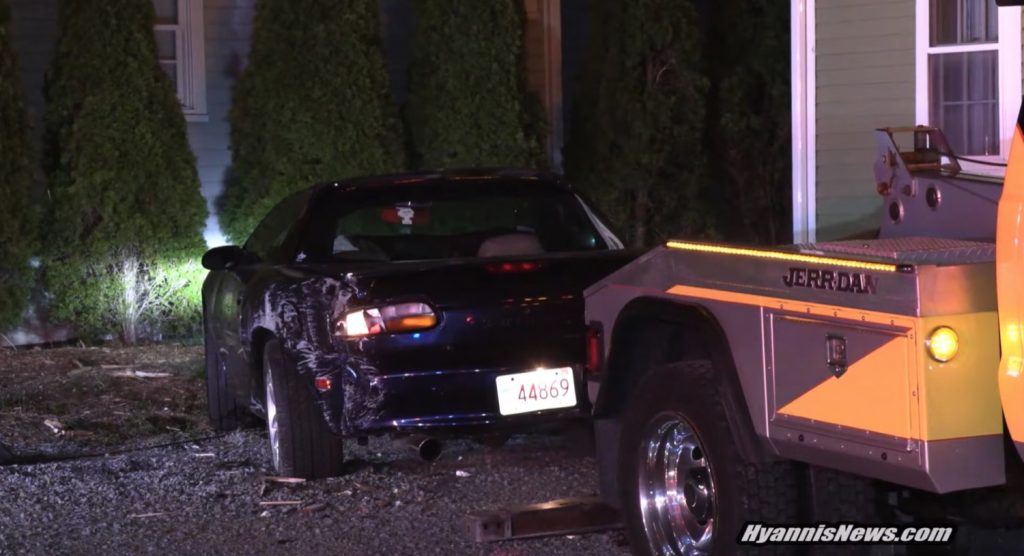 Obviously, the driver of this sports car was going way too fast, and is lucky to be alive. What’s more, it looks like the rock placed in the yard ahead of the apartment saved the building (and whatever was inside it) from complete annihilation.

Hopefully, this stands as a lesson for anyone eager to push the limits of their sports car – take it to a track, folks. It really is that simple.