General Motors designers and engineers who originally worked on the now-iconic Chevrolet K5 Blazer probably never thought the utilitarian SUV would become a collector’s item. Clean, tidy styling and modern-day tastes and trends have played right into the K5’s hands, though, and it is now one of the more beloved GM products to have been released in the past 50 years.

For that reason, we’re expecting this 1978 Chevrolet K5 Blazer to fetch a pretty penny when it crosses the auction block at Mecum’s Houston 2020 sale. 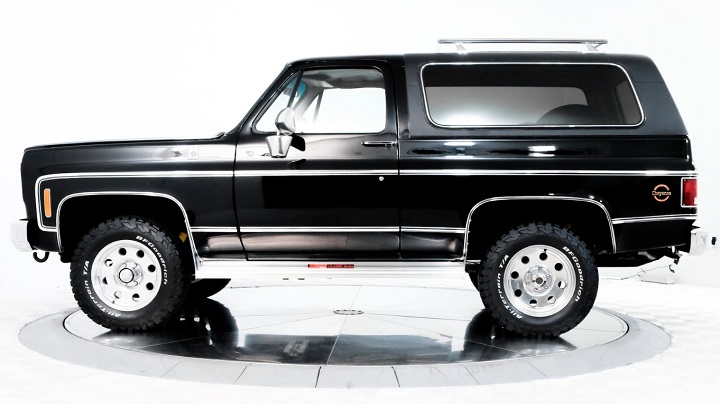 It’s not just the K5 Blazer’s icon status that guarantees this example’s significant value, though. This K5 underwent a complete frame-off restoration in 2017, which cost the owner a whopping $70,000 to complete. During this two-year restoration job, the K5 Blazer received an all-new OEM style interior, along with a modern-day stereo and a new factory AC system. The PPG Jet Black exterior paintwork also rang in at $15,000 alone.

Powering this particular example is a rebuilt 5.7L (350 cu. in.) V8 engine with an aftermarket FiTech fuel injection system. It also has an automatic transmission, according to the listing, but it’s not clear if it is a rebuilt version of the original three-speed TH-400 automatic that was offered in the ’78 Blazer, or one of GM’s more modern automatics. 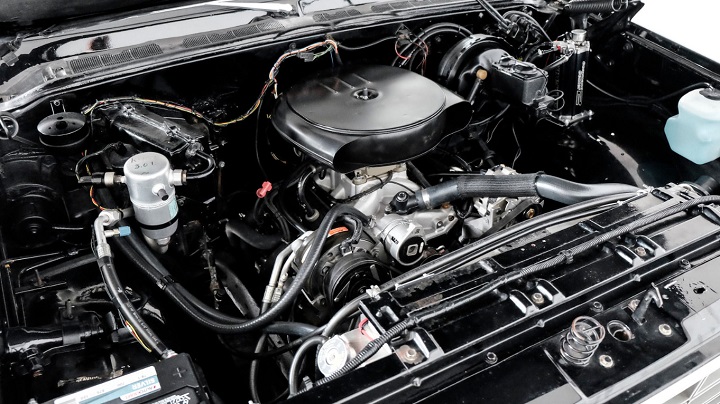 Adding to the tough look of this perfectly restored SUV are a set of aftermarket eight-hole wheels shod in knobby BF Goodrich off-road tires.

This 1978 Chevrolet K5 Blazer was originally set to cross the auction block at Mecum Houston this week, but the auction has now been postponed due to the COVID-19 pandemic. It’s not clear when the Houston sale will be able to go forth, so anyone interested in bidding on it will have to wait a little while longer.