Combining a long list of tasty custom touches and an LS9 V8 under the hood, this 1971 Chevrolet Camaro restomod demands attention. Now, it’s featured in the following video overview.

Let’s dive right into the details. The build was executed by Jason Pecikonis from Timeless Kustoms, and includes front and rear underpinnings from Art Morrison, as well as a triangulated four-link rear suspension and nine-inch rear end.

“So the car’s full Morrison, but it doesn’t have a per se ‘chassis’ in it,” Pecikonis explains. “But we’ve gone in and we’ve tied up the whole car with a chromoly cage to give it the integrity that it needs. So what you get out of it is, you get a rather lightweight platform, as opposed to having to put a 700-pound chassis in the car.”

The result is a curb weight of 3,500 pounds, which isn’t bad for an application like this. The front end rides on C6-generation Chevrolet Corvette suspension, while manual carbon ceramic Brembo brakes shed the speed. 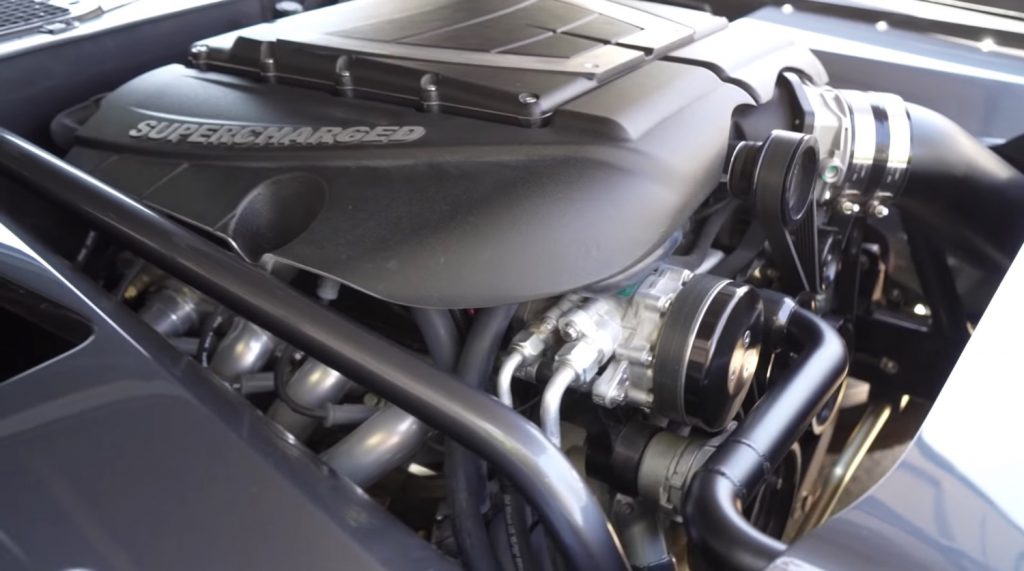 Speaking of the C6, this Chevrolet Camaro draws motivation from the supercharged 6.2L LS9 V8, the same lump found in the sixth-generation ZR1. The ‘eight is topped by an Edelbrock 2300 supercharger, which was picked for its cooling capabilities. Running 12 psi of boost and breathing through new headers and a custom three-inch exhaust, the setup throws down 600 horsepower at the rear wheels.

Outside, this Chevrolet Camaro sports a ton of custom fabrication work. Pecikonis says the car is 90-percent hand made, but it’s so well-executed, it almost looks factory.

The body is smooth and flush, and the front end is a single piece of metal. Late-model Corvette door handles provide ingress and egress, and the roof gutters were shaved. The car rides on 20-inch GM factory Corvette wheels, while the rear end was fitted with a carbon fiber diffuser off a Ferrari F430 Scuderia – a very cool detail, indeed. The diffuser houses an integrated center exhaust, and the rear bumper and rear spoiler were reshaped as well. Finally, the whole thing was covered in anthracite paint from the BMW M3 line.

Naturally, the cabin was upgraded as well, now sporting modern Camaro door panels and a new dash. The seats are from Braum, and there’s a high-end stereo to boot.

Of course, we’d probably prefer to just listen to that LS9 all day. What do you think of this 1971 Chevrolet Camaro restomod? Let us know in the comments, and make sure to subscribe to GM Authority for more Chevrolet Camaro news, Chevrolet news, and around-the-clock GM news coverage. 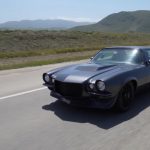 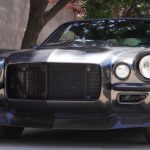 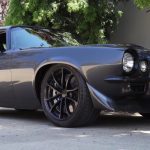 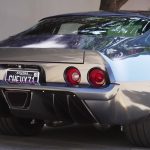 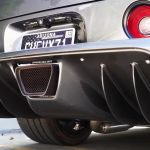 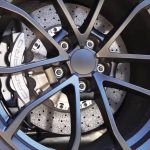 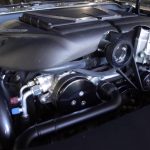 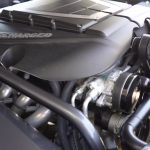 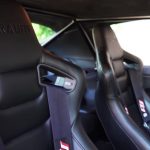