Named after the SCCA road-racing series (yet ironically barred from competition due to engine size restrictions), the Pontiac Trans Am first hit the scene in 1969. First-year production was limited to less than 700 units, but this particular example is even rarer than that, being one of just 20 1969 Trans Ams produced in Van Nuys, California, and one of just five produced at the plant that year with an automatic transmission. Now, this blue-and-white beauty is headed to auction. 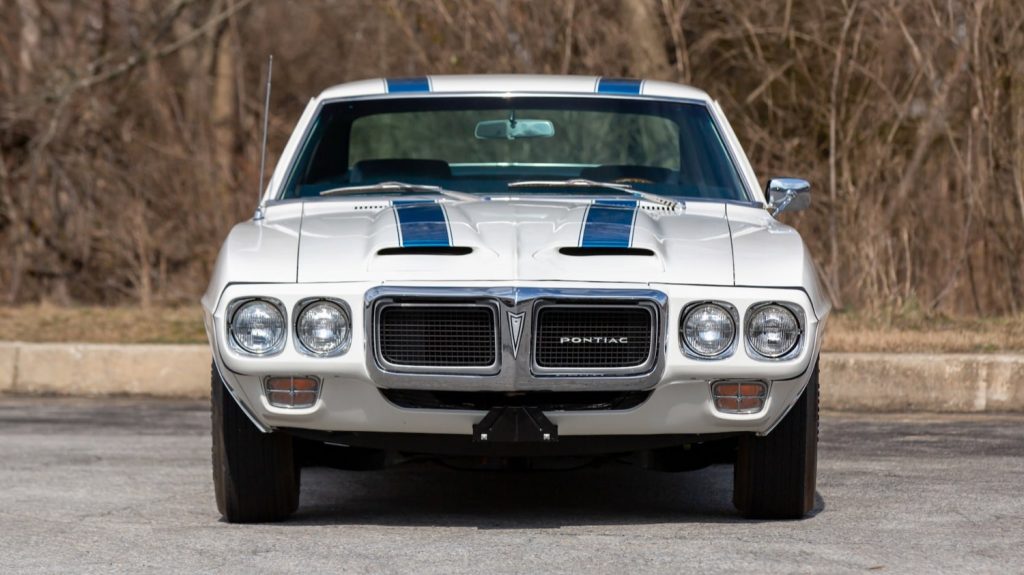 This particular 1969 Pontiac Trans Am was the recipient of an extensive five-year concours-level restoration, with the previous owner bringing the muscle car back to factory spec using mostly NOS parts. Outside, we see the classic Cameo White paint finish complemented by blue racing stripes, the latter of which run from the dual hood intakes up front, all the way back to a trunk-mounted spoiler and blue rear fascia insert. The original sheet metal was retained during the restoration. 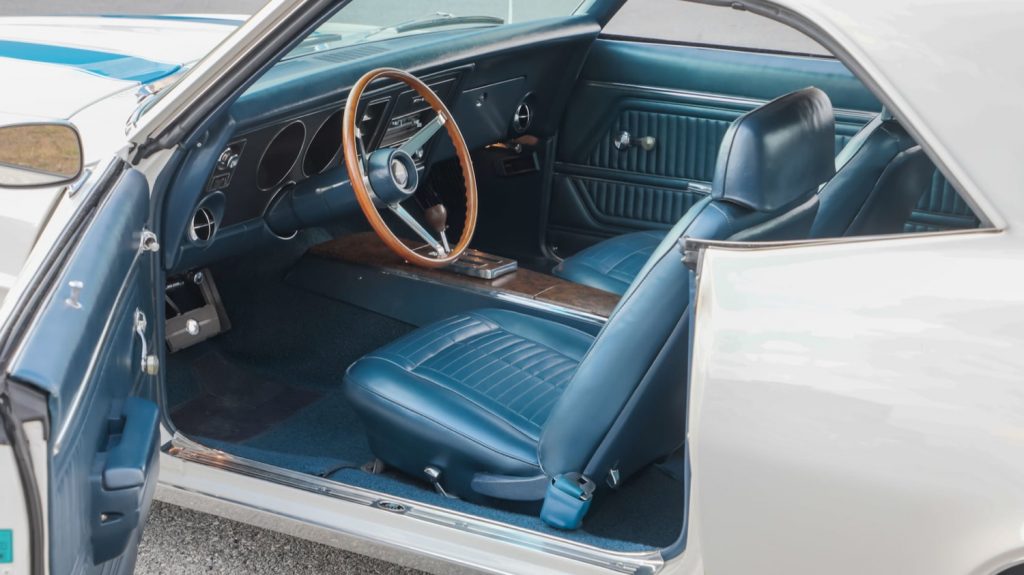 It’s a good look, but the interior is equally eye-grabbing, with the upholstery finished in bright blue. Bucket seats and wood trim are also found in the cabin.

As for the mechanical bits, this 1969 Pontiac Trans Am is running its original 400 cubic-inch Ram Air III engine, which was rated at 335 horsepower when new. The rest of the drivetrain is also original, and includes a Turbo 400 automatic transmission and 3.55 Saf-T-Track differential. Power steering and brakes round it out, with front discs helping to throw the anchor. 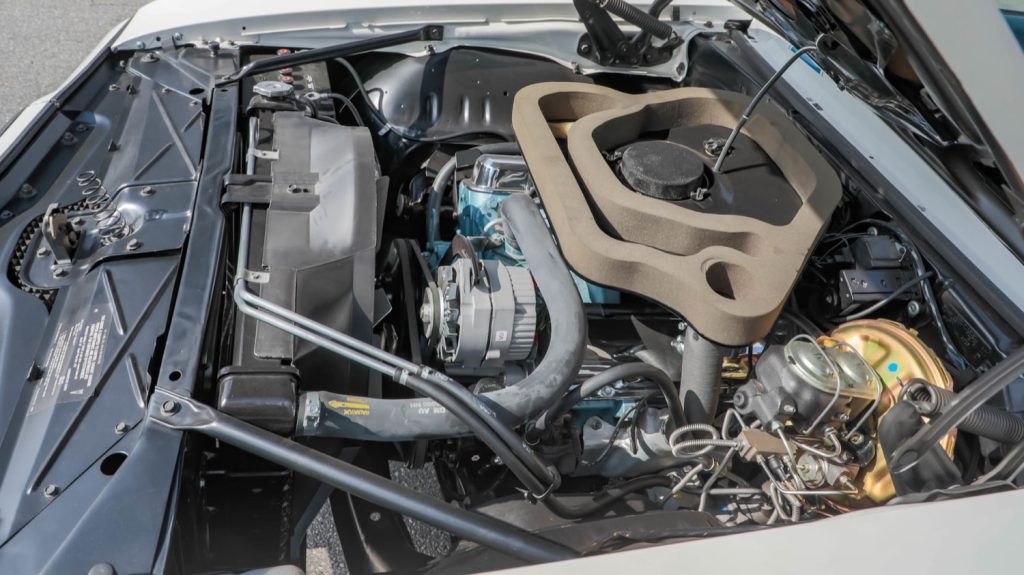 What are your thoughts on this rare Pontiac Trans Am? Let us know in the comments section, and make sure to subscribe to GM Authority for more Pontiac Trans Am news, Pontiac news, and around-the-clock GM news coverage. 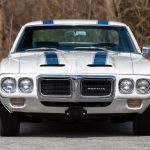 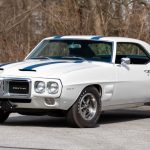 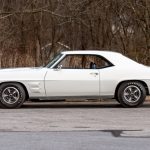 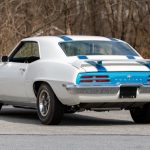 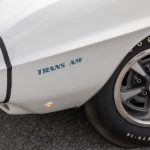 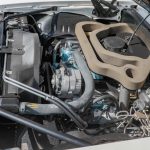 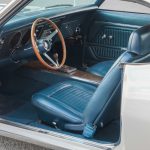