After revealing the first interior images of the all-new three-row Chevrolet Blazer in early March, General Motors has started taking pre-orders of the midsize crossover in China. From now until the official launch scheduled for the second quarter of 2020, interested customers can reserve their copy of the new seven-seat Blazer from Chevrolet’s online store at Tmall – the world’s second-largest e-commerce platform. 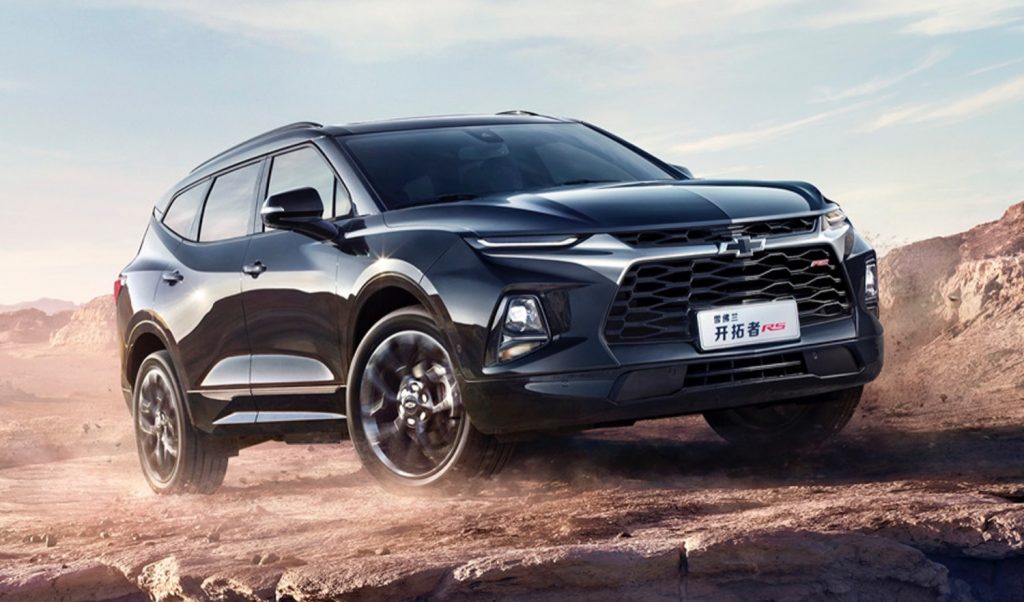 To do so, all that’s required is to have an account on said platform and pay a deposit of $3,000 yuan (about $425 USD at the current exchange rate). Prospective owners will receive special pre-order gifts, including a discount of $20,000 CNY ($2,800 USD) for those who are replacing their vehicle or acquiring an additional one, as well as a health kit with eight tools for vehicle maintenance and disinfection.

The 2020 three-row Chevrolet Blazer will be available in three versions: Standard, Redline and top-of-the-range RS. Chevy’s new flagship SUV in China adapts to the strategy used in the rest of the brand’s vehicles sold in the Asian country, favoring a sporty and youthful character to distinguish them from Buick’s products. 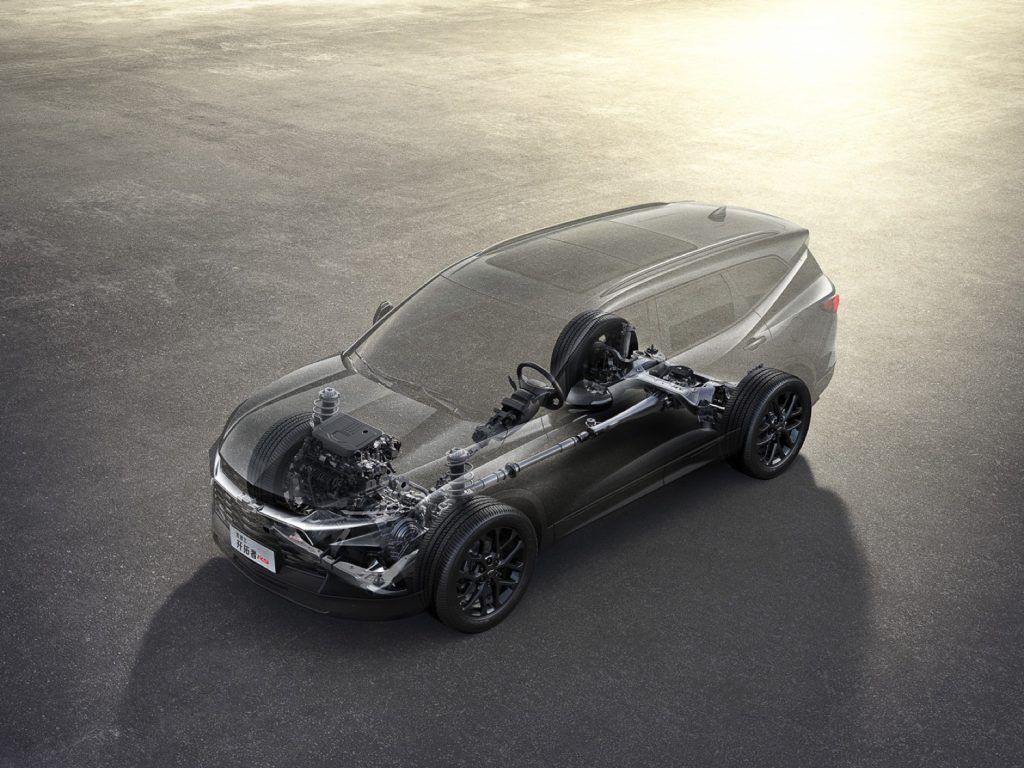 GM also announced the powertrain details of the new Chevrolet Blazer for the Chinese market, confirming the information we reported when it debuted in November. All three versions of the 2020 seven-seat Blazer are exclusively equipped with the turbocharged 2.0L LSY four-cylinder engine, which produces 233 horsepower and 258 pound-feet of torque, coupled to GM’s nine-speed automatic transmission. 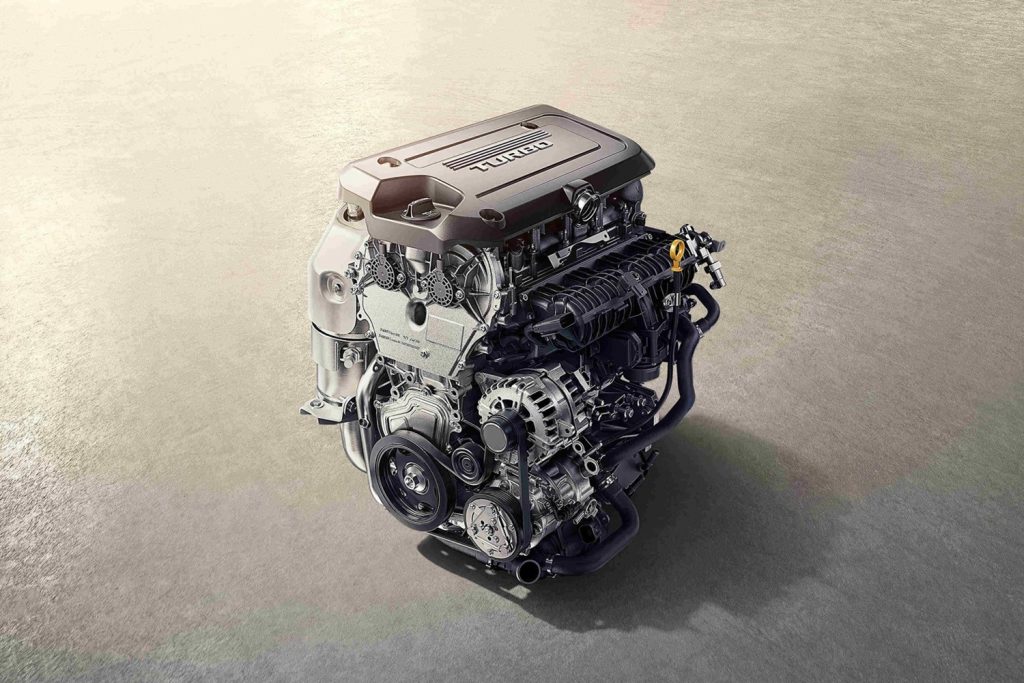 Mounted on the intermediate variant of the C1 platform, this new Blazer has a 196-inch-long body and a 2+3+2 seating configuration designed to meet the needs and preferences of Chinese families. Its interior is characterized by being highly modular and very spacious, with a total of 37 storage spaces and up to 69.6 cubic feet of maximum cargo volume. 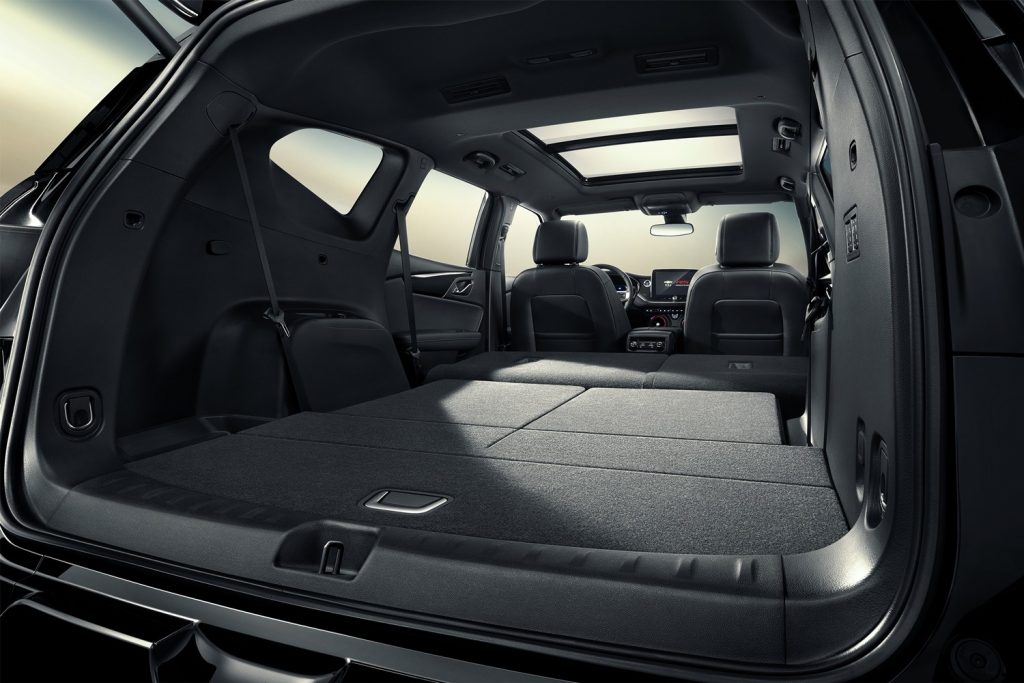 The all-new three-row Chevrolet Blazer will be launched during the second quarter of the year in China, the only market where it will be available – at least in the short term. The crossover will begin production weeks earlier at the GM Jinqiao plant, where its Cadillac XT6 and midsize Buick Enclave platform partners are also manufactured.