The Cadillac CT5 began arriving at General Motors dealerships in the United States and Canada in December, and now, deliveries of the performance-focused Cadillac CT5-V model variant have also commenced.

Some customers have already taken possession of their new Cadillac CT5-V sedans, which are arriving by the truckload via GM’s Lansing Grand River Assembly plant in Michigan. 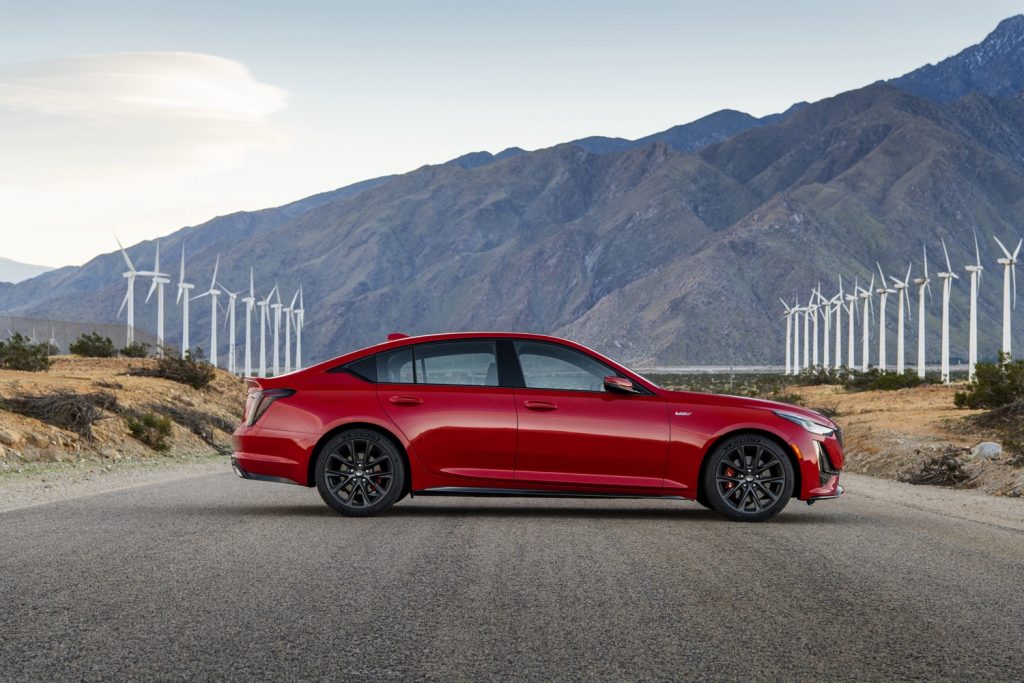 The Cadillac CT5-V and the smaller Cadillac CT4-V represent a new two-tier strategy for the V-Series performance sub-brand. Previous V-Series products, like the third-generation Cadillac CTS-V, were hardcore, high-horsepower beasts intended for experienced performance enthusiasts. These new products, by comparison, are softer, less powerful and more approachable for the regular consumer. The brand will still offer hardcore V-Series model variants in the way of the upcoming “next-level” models, but the two-tier strategy allows it to bring new customers into the V-Series fold who may have previously deemed V-Series products too extreme for their tastes. 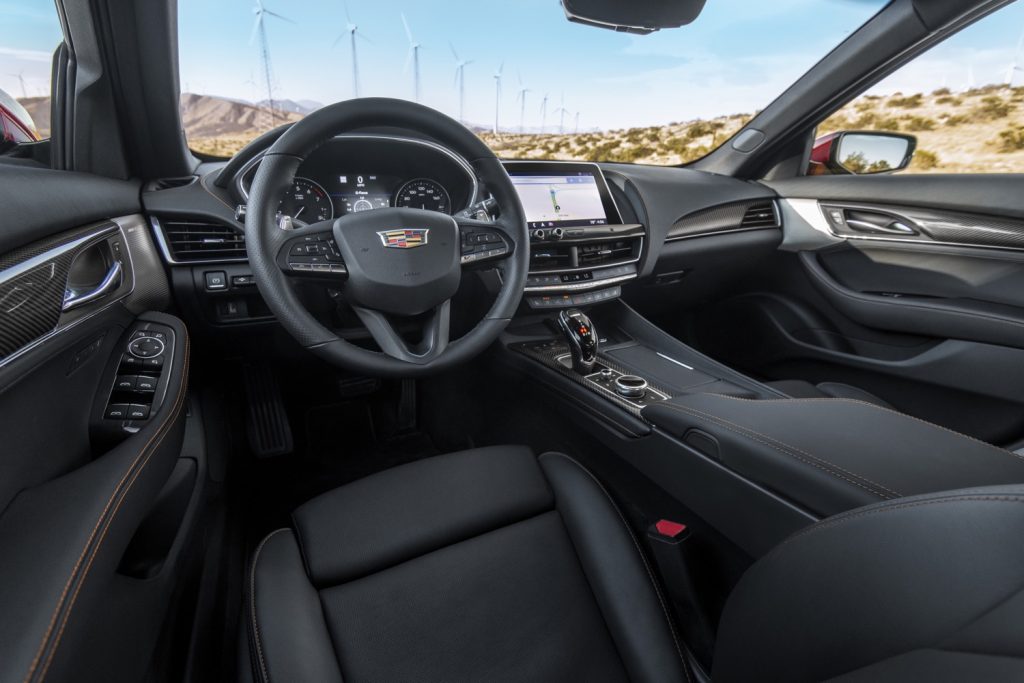 Under the hood of the “standard” Cadillac CT5-V sits GM’s twin-turbocharged 3.0L LGY V6 engine, which routes power through a 10-speed automatic transmission. The turbo V6 is good for 360 horsepower at 5,400 rpm and 405 pound-feet of torque at 2,350 rpm, helping to propel the sedan from 0 to 60 mph in around 4.6 seconds and on to an electronically limited top speed of 155 mph. Rear-wheel-drive is standard, though all-wheel-drive is available for a premium. 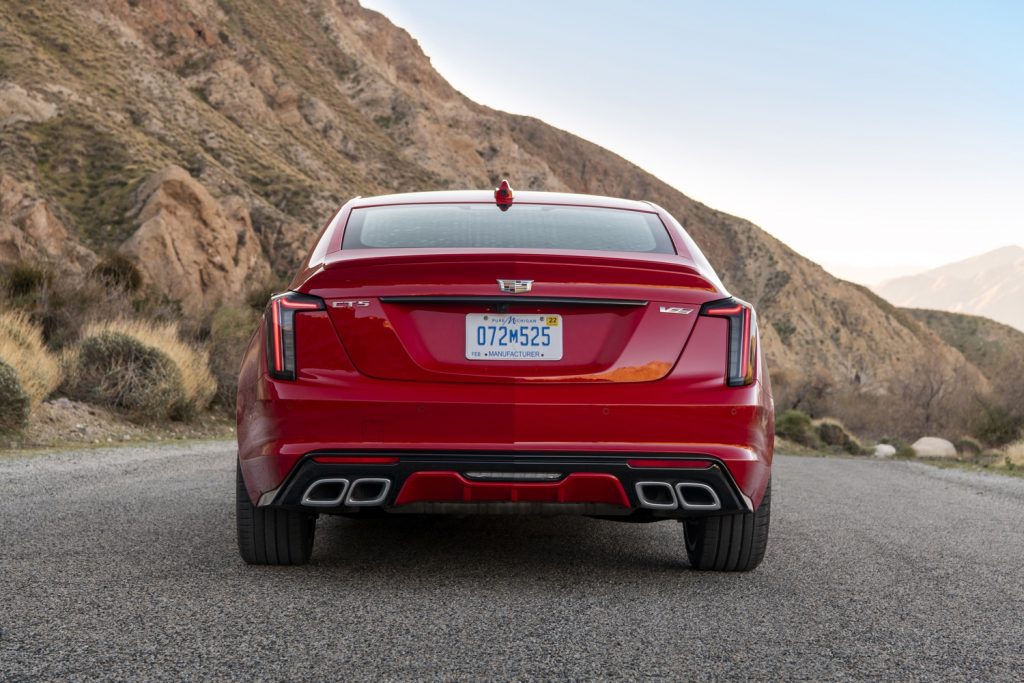 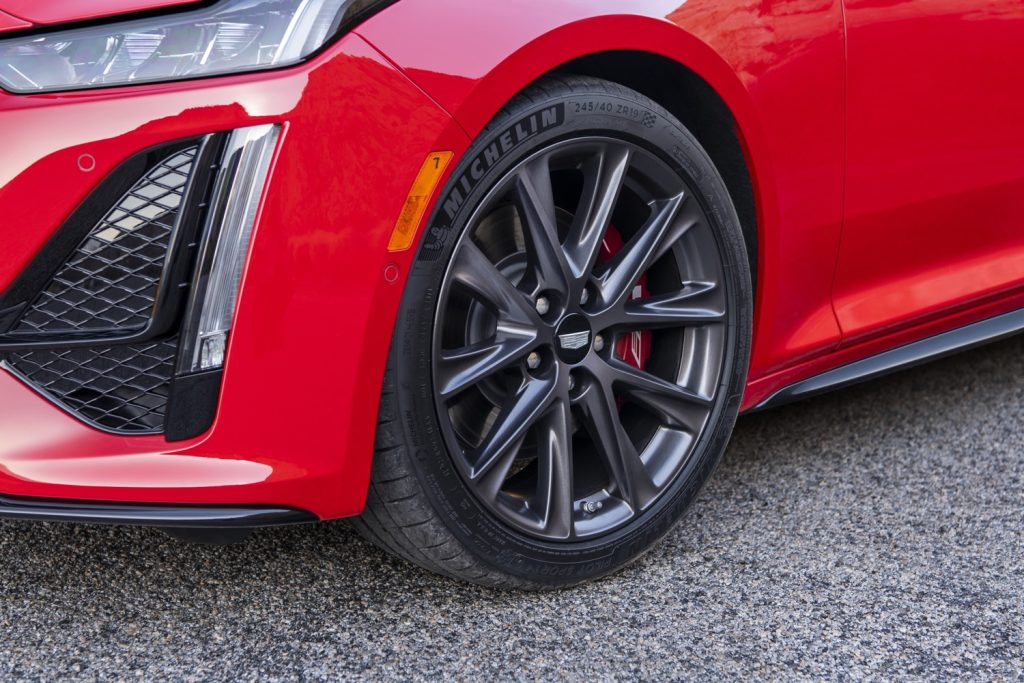