The Tesla Cybertruck was unveiled in California last November, grabbing attention for its wild sci-fi aesthetic and glass-shattering, meme-generating debut. The new electric pickup is set to take on a segment where General Motors dominates, and now, Tesla is looking to build the new Cybertruck at a new plant located in the U.S.

In a tweet, Tesla CEO Elon Musk said that he was “scouting locations” to build the Cybertruck in “central USA.” He also added that production of the new Tesla Model Y crossover would be aimed at the “east coast.”

Scouting locations for Cybertruck Gigafactory. Will be central USA.

A new Tesla production plant would be quite the prize for the state in which it’s located, and interested politicians are already vying to capture Musk’s attention. Likely candidates include Kentucky, Michigan, Tennessee, Indiana, and Texas. According to a recent story from the Wall Street Journal, Musk is weighing a variety of factors, including state incentives, available workforce and talent, and logistics costs.

Going forward, Musk will likely see a number of states compete for the plant, similar to the competition held for the Gigafactory battery production facility, which was eventually built near Reno, Nevada. 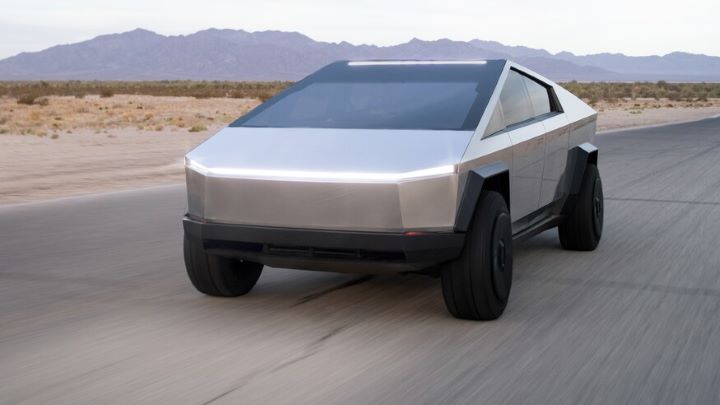 Musk claims that Tesla has received over 250,000 pre-orders for its new Cybertruck following last year’s debut.

Tesla currently has just one auto assembly plant in the U.S., which is located in Fremont, California, and is responsible for construction of Tesla’s entire U.S. lineup, including the Model 3, Model X, Model S, and Model Y.

Meanwhile, General Motors is cooking up its own answer to the Tesla Cybertruck with the upcoming GMC Hummer EV, which will revive the Hummer brand name as a new all-electric utility vehicle line under the GMC umbrella. In its top trim, the GMC Hummer EV will produce more than 1,000 horsepower and sprint to 60 mph in three seconds, all while offering “incredible on- and off-road capability.”