Behind the scenes, Cadillac is working feverishly on its upcoming battery electric vehicle programs, such as the Lyriq crossover and Celestiq sedan. Despite its new-found commitment to EVs, though, its V-Series performance sub-brand remains focused on the hairy-chested internal combustion engines it has become known for. 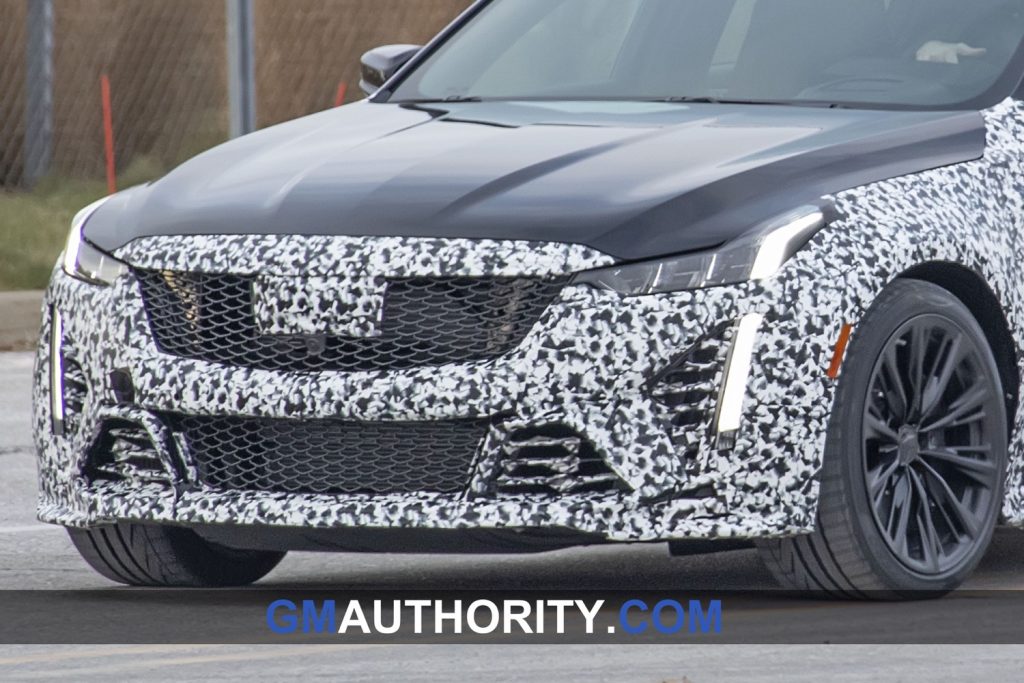 The next level Cadillac CT5-V, a car that is evidence of the brand’s continued to commitment to ICE performance cars, was recently spotted testing on public roads ahead of its planned debut later this year. The ultra-high-performance sedan will feature more aggressive exterior styling, as proven by the prototype’s reshaped front fascia, which features a larger grille and deeper splitter. Unlike other next-level Cadillac CT5-V prototypes we’ve spotted, this car does not feature a hood extractor and does not have vertical vents behind the front fenders – although the fender vents may simply be covered up by the black and white camouflage. Out back, the prototype features wider wheels and tires and black-painted quad-exhaust tips, but is otherwise identical to a standard CT5-V. 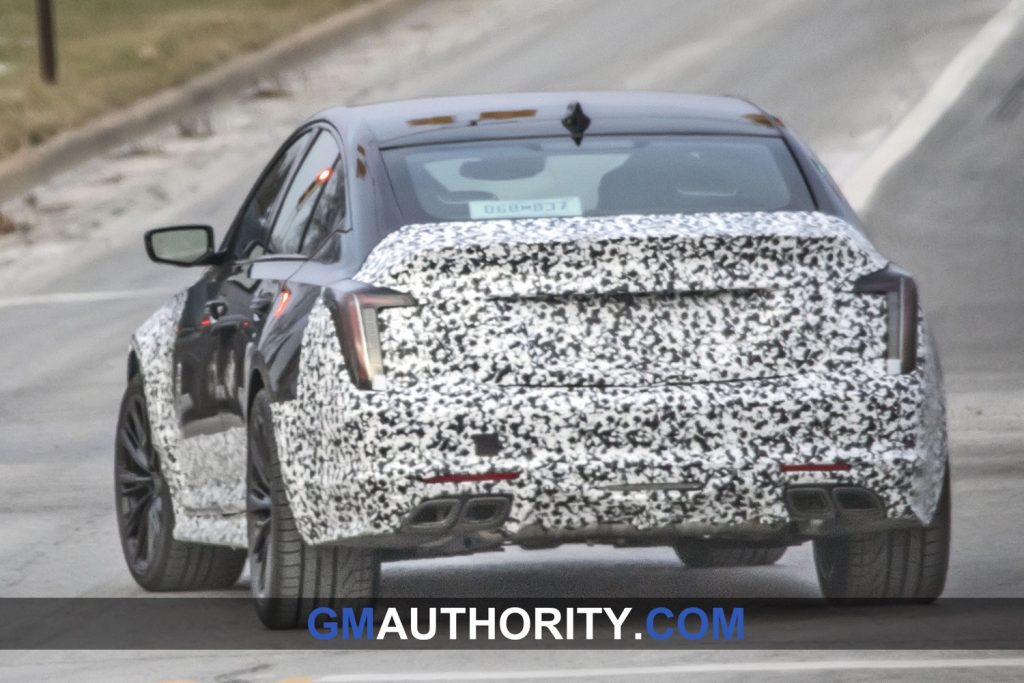 Power for the next level Cadillac CT5-V will come from General Motors‘ familiar supercharged 6.2-liter LT4 V8 engine. The LT4 currently serves in the Chevrolet Camaro ZL1, where it produces a stout 650 horsepower and 650 pound-feet of torque. The standard Cadillac CT5-V, by comparison, features a twin-turbo 3.0L LGY V6 and produces 355 horsepower and 400 pound-feet of torque. The LT4 engine will link up to GM’s 10-speed automatic transmission, but rather surprisingly, a six-speed manual will serve as the base transmission. It’s not yet clear if AWD will be offered as an option, but if we had to guess, we’d say the hardcore CT5-V will be RWD only. 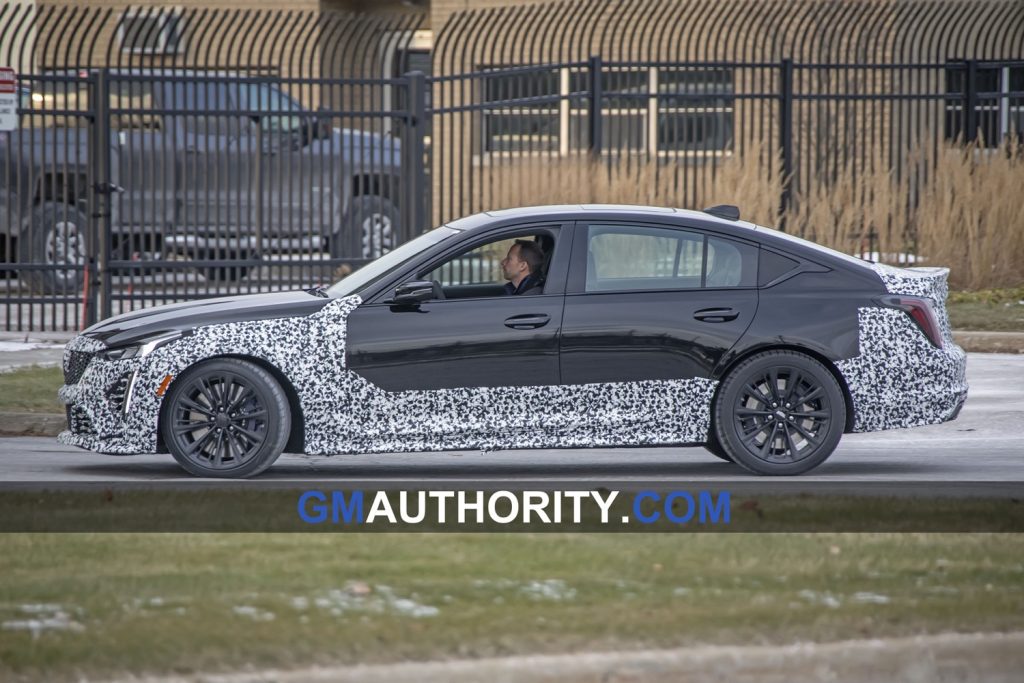 Look for The Cadillac CT5-V to make its debut sometime later this year, with an on-sale date in 2021.

This story was written in collaboration with our sister site, cadillacsociety.com.