It’s possible some of the readers out there are drawing a blank on the Chevrolet Montana nameplate, so let’s kick things off with a little background. The Montana (also known as the Chevrolet Tornado in Mexico) is a front-engine, front-wheel-drive subcompact pickup sold in various markets throughout South America, and previously in South Africa. The first generation was produced between 2003 and 2010, while a second generation arrived in 2011. So then, we were wondering – what would a next-gen model look like? As such, we took out our digital pens and drew ourselves a rendering

To note, the current model is only offered with two doors, but for our rendering, we decided to see what it would look like in both a two-door and four-door configuration. 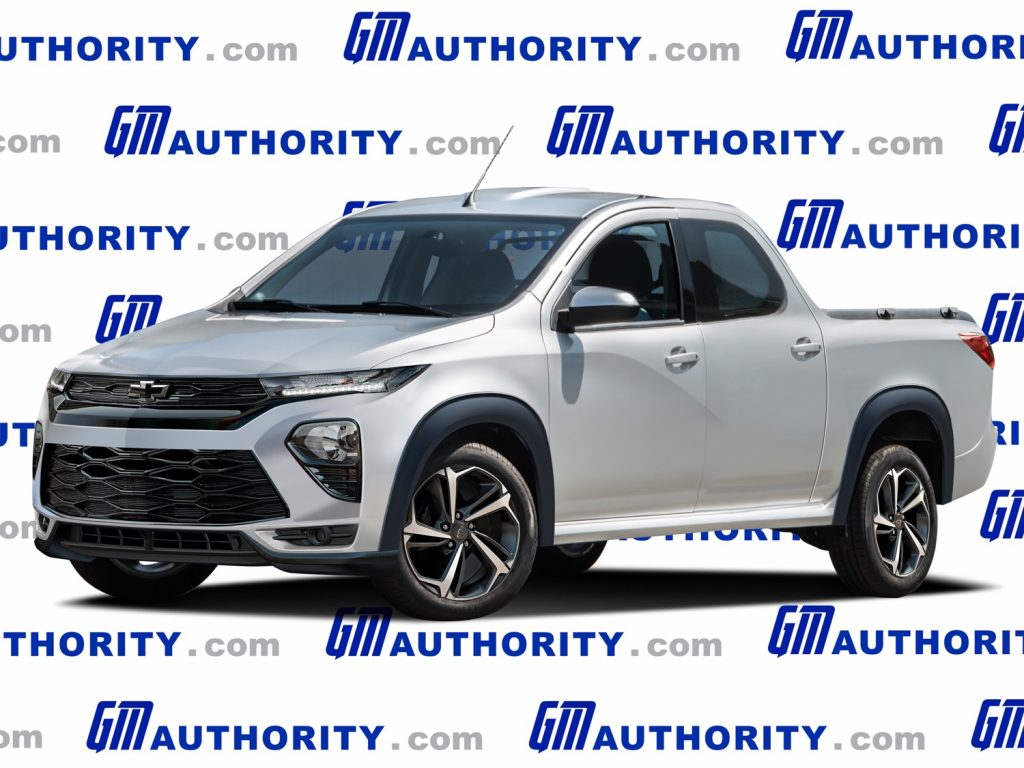 Naturally, we started with a restyled front end, giving the next-gen Chevrolet Montana a fascia similar to that of the new Chevrolet Blazer and Chevrolet Trailblazer. The grille is divided into two sections, with a thin upper section and a broad lower section. The headlamps are thin and horizontally oriented, placed just under the hood line, while sizable fog lamps take up locations in the sides of the bumper. We also pulled the two-tone wheels off the new 2021 Trailblazer and threw them into the corners of our pickup. 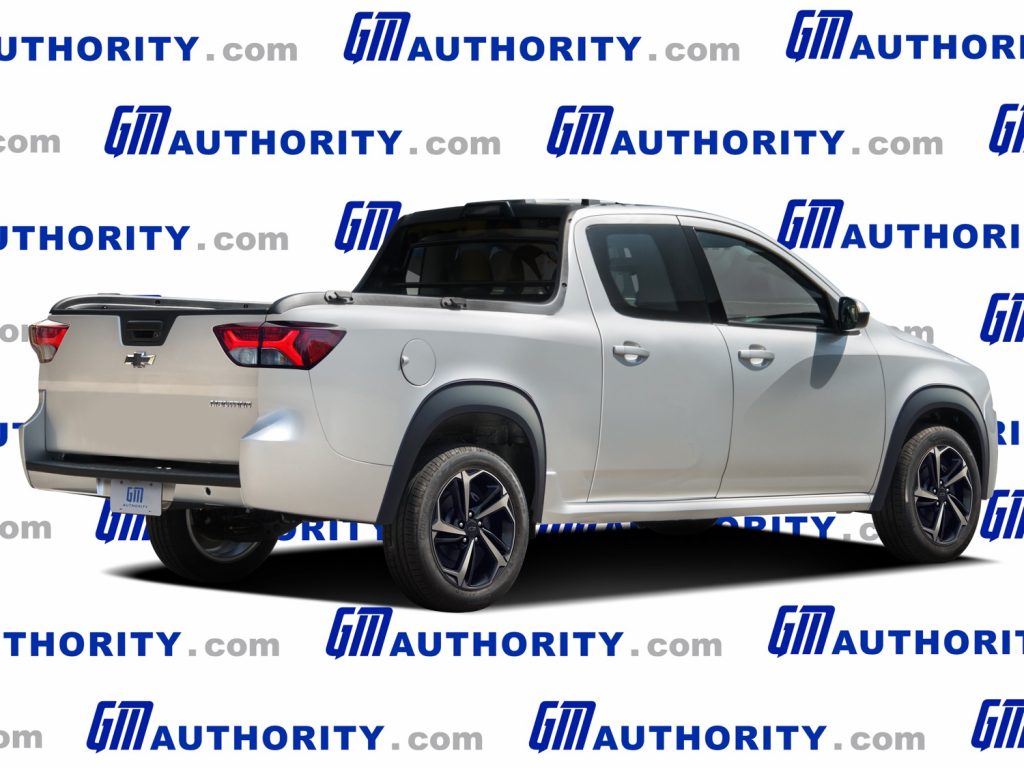 The current Chevrolet Montana uses a unibody construction, and rides on a modified version of the same Opel Corsa B platform that underpinned the first-gen model. However, as we covered back in 2018, General Motors is currently working on a next-gen model based on the Global Emerging Markets (GEM) architecture, a platform also used to underpin the Chevrolet Tracker, the Chevrolet Onix, and several others. 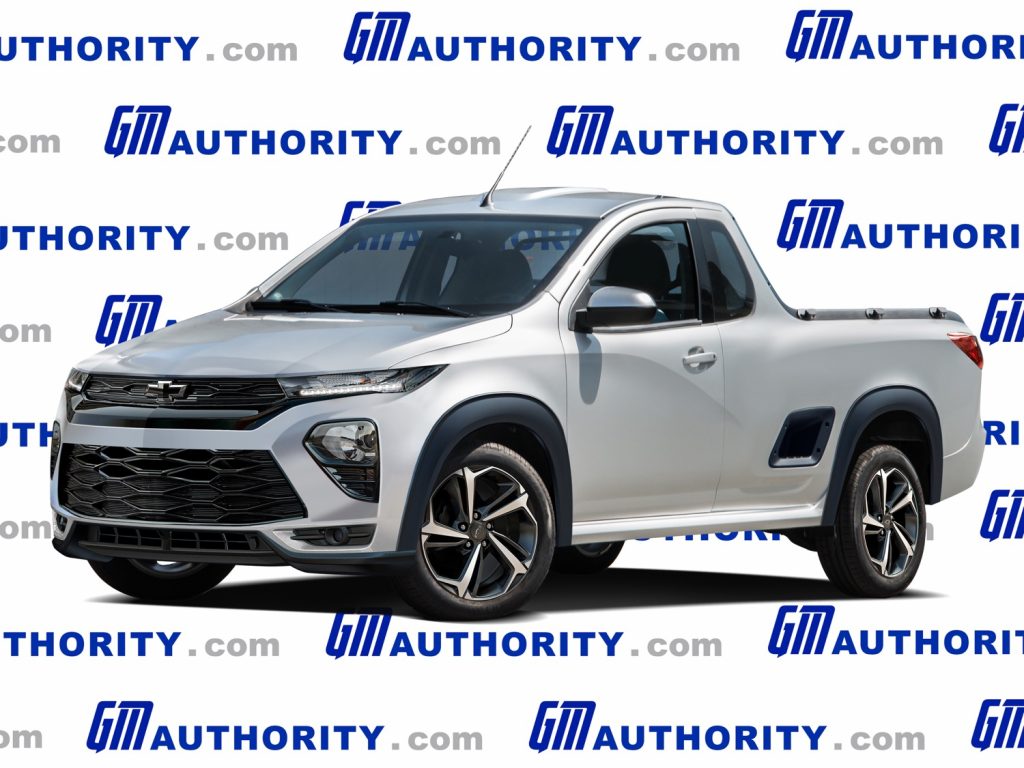 As far as we know, the next-gen Chevrolet Montana won’t be sold in North America. However, GM’s crosstown rival, Ford, is working on a new unibody pickup truck that will come to North America, most likely using the Courier nameplate. The new pickup will slot under the Ford Ranger as the Blue Oval brand’s smallest pickup model, and will ride on the same unibody platform as the Ford Focus, drawing motivation from a turbocharged four-cylinder gas engine, as confirmed by our sister publication, Ford Authority. 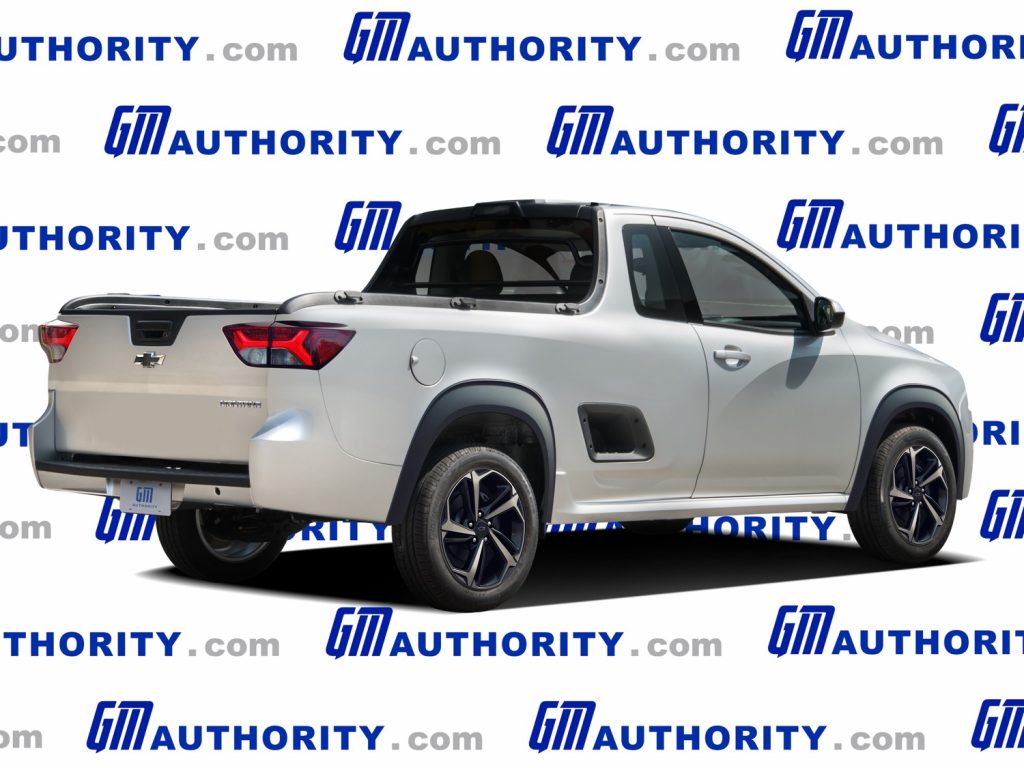 So, dear reader – what do you think of our next-generation Chevrolet Montana rendering? For those of you living in North America, is this something you might want to see at your local dealer? Let us know your thoughts in the comments, and make sure to subscribe to GM Authority for more Chevrolet Montana news, Chevrolet news, and around-the-clock GM news coverage.