In January, General Motors‘ Cruise subsidiary announced its first fully autonomous vehicle, the Cruise Origin. The shuttle will go into production at the automaker’s Detroit-Hamtramck Assembly plant in the near future and will enable Cruise to launch its driverless ride-hailing service, which is being positioned as a competitor to existing apps like Uber and Lyft.

While the Cruise Origin is the first fully autonomous production vehicle from GM and Cruise, it’s not the only vehicle of its kind. Arizona-based automaker Local Motors has a very similar product in the way of the Olli 2.0 autonomous shuttle, which first m last summer. 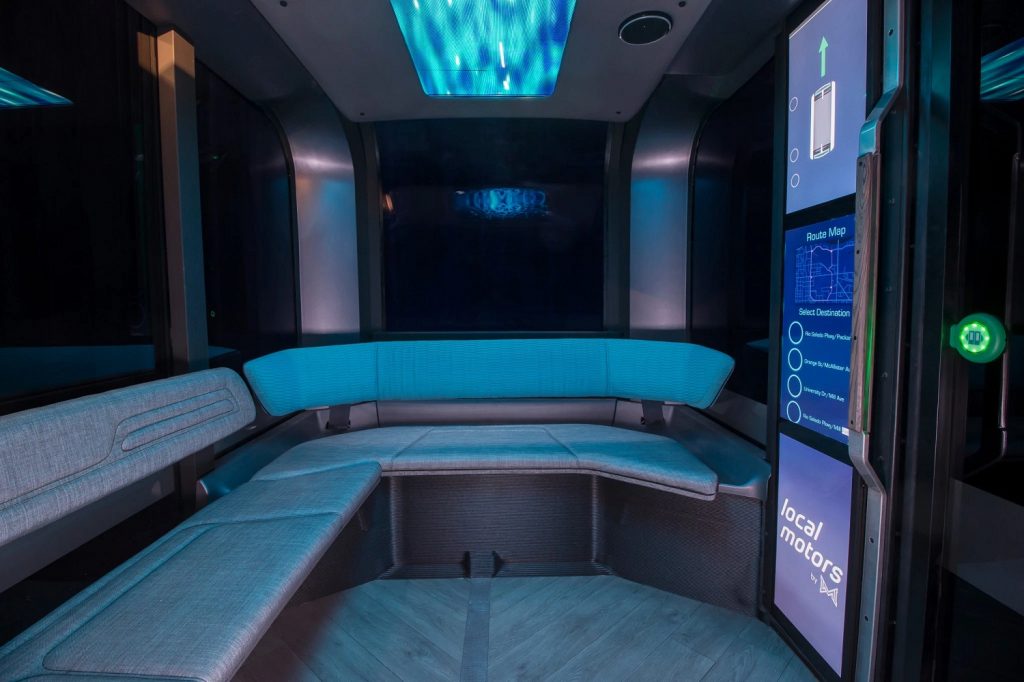 The Local Motors Olli is described as “the world’s first self-driving, cognitive shuttle,” and will be used as a first mile/last mile transport solution in cities, towns and municipalities. Put simply, it will serve in the same role as a personal vehicle or rideshare vehicle, allowing users to hop in for a short jaunt across town or hitch a ride from a transit station to their final destination. It is also well suited to low-speed environments such as university campuses, military bases, theme parks and hospitals.

Olli 2.0, which runs on IBM’s Watson artificial intelligence system, is the successor to Olli 1.0, which Local Motors debuted all the way back in 2016. The two vehicles look mostly the same and have the same 25 mph top speed, however Olli 2.0 has a more advanced hub motors, replacing Olli 1.0’s axle motors, and has greater range (about 100 miles). The shuttle can also be customized inside depending on what the customer needs, with something like a theme park likely needing a much different interior than say, a military base. Olli 2.0 also uses more 3D printed parts than Olli 1.0 (about 80% of the vehicle is 3D printed) reducing production costs and also making it easy for Local Motors to produce inexpensive replacement parts. 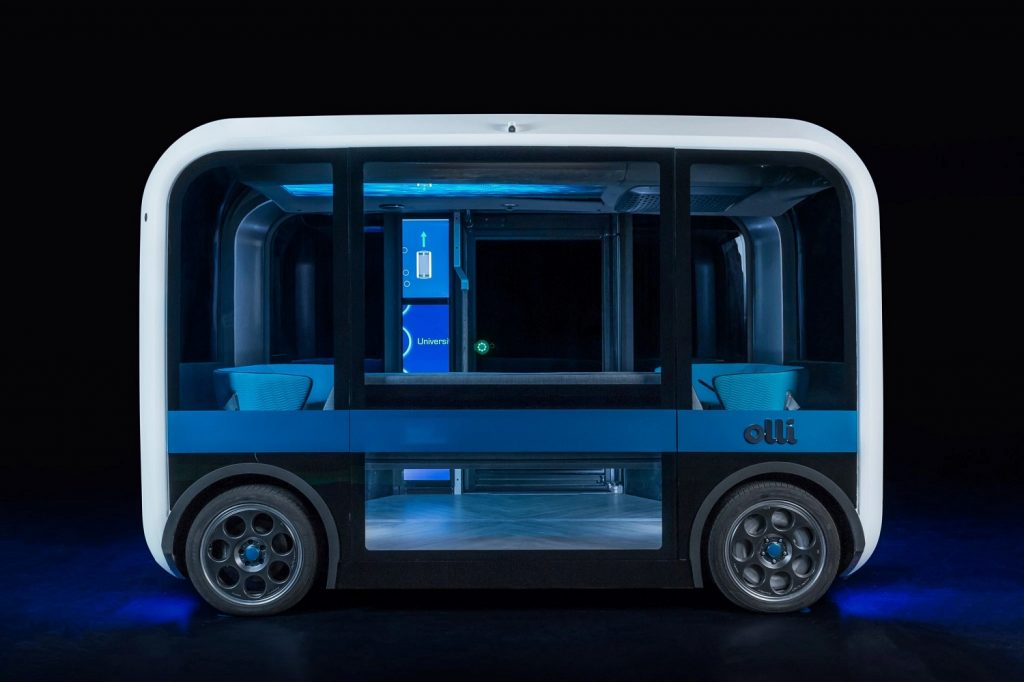 Olli 1.0 operated on nine different campuses across the U.S., including military bases, but Olli 2.0 deliveries begun in the fourth-quarter of 2019, so some campuses have upgraded to the newer version. Olli 2.0 can currently be seen shuttling passengers on university and business campuses all over the globe, including at the King Abdullah University of Science and Technology in Saudi Arabia and at the ITC-ILO campus in Turin, Italy. 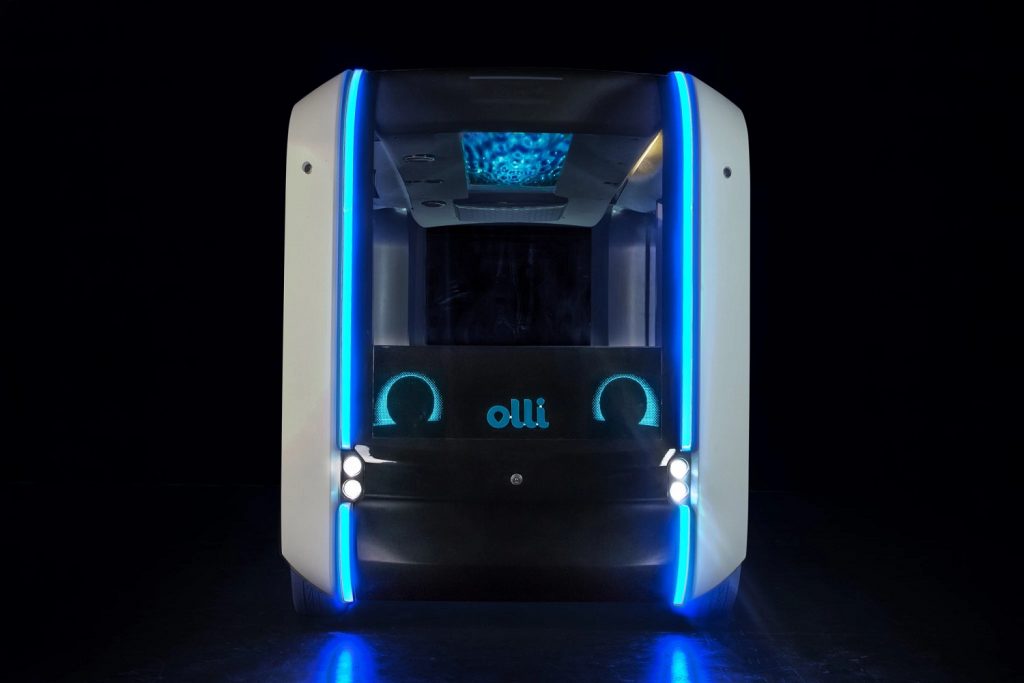 So while GM and Cruise seemingly have a leg up on rivals like Waymo with the fully driverless Cruise Origin autonomous shuttle, they face stiff competition from an unlikely rival in the way of Local Motors. That said, the vision for the Local Motors Olli is a little bit different than GM’s for Cruise Origin.

Local Motors believes it has hit a sweet spot with Olli’s focus on low-speed and campus transportation, as safety regulations currently make it difficult and expensive to operate an AV on public streets. Company CEO Jay Rogers claims the public “isn’t going to see New York City with autonomous vehicles running around all the time (any time soon),” making Olli a good middle ground for the time being. Cruise Origin, by comparison, seeks to fully replace human-driven ride-hailing cars in city centers.

Cruise Origin will go into production at the aforementioned D-Ham plant in metro Detroit in 2022. We’re sure GM and Cruise will be keeping a close eye on how Local Motors and Olli progress between now and then.