The 2020 Chevrolet Corvette C8 is rolling out for delivery now, and both tuners and racers are eager to post new content claiming to be the “first” to do something with it, including an early dyno run and a sprint down the quarter mile with a bottle of nitrous on board. Now, Texas-based tuner Hennessey Performance Engineering is teasing its forthcoming C8 twin-turbo kit in the following short video clip.

Clocking in at just over two minutes, the video shows an orange Corvette C8 on the lift, its rear bumper removed and a pair of turbos sitting low. The Hennessey crew start the Vette’s newly boosted 6.2L LT2 V8, which crackles to life with a lovely bubbly noise. The driver then gives the tester a few revs, whistling the turbochargers in the process. In the background, we also notice a prototype of Hennessey’s ultra-high-performance Venom F5 supercar in black-and-white camo wrapping. 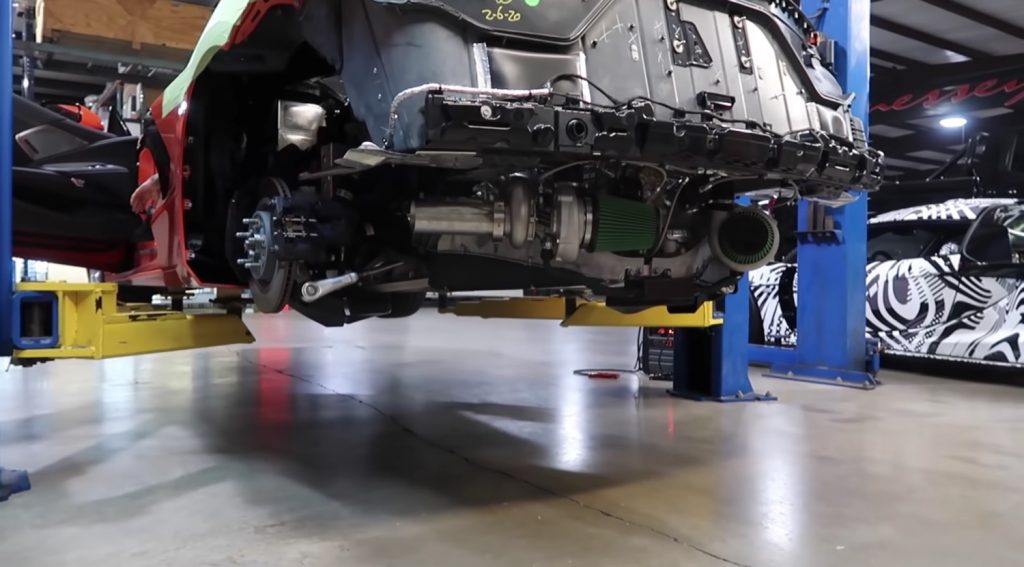 As we’ve covered previously, the Hennessey crew hopes to tune to Corvette C8 to produce upwards of 1,200 horsepower with its new twin-turbo kit, which will include new forged internals and fortification for the M1L dual-clutch eight-speed automatic transmission.

This video looks as though the tuner is at the first stages of developing the new twin-turbo kit. Of course, strapping a couple turbos to the LT2 V8 is only the start. Actually tuning this thing is another matter entirely, especially when considering the 2020 Corvette runs GM’s new Global B electronic architecture. 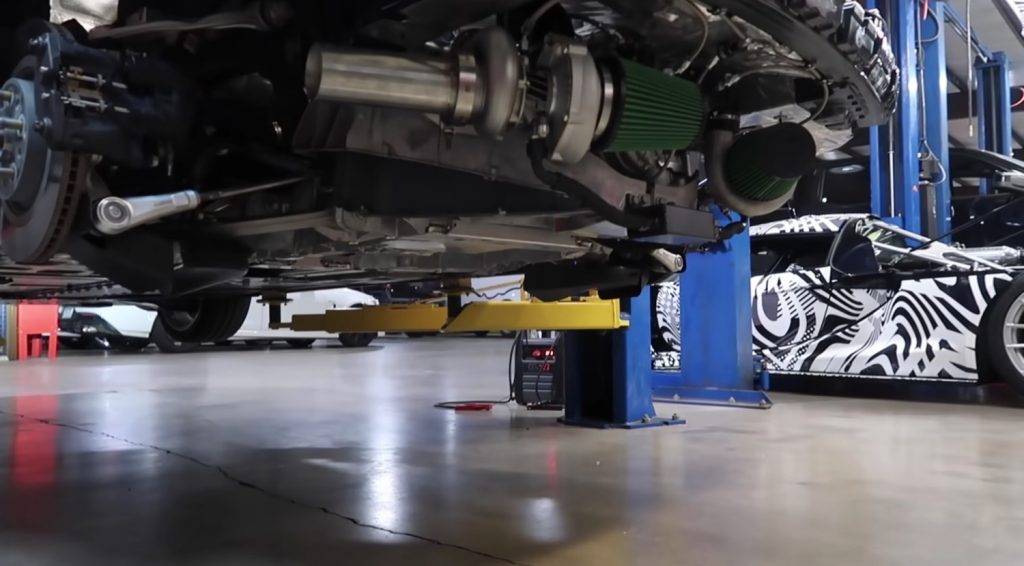 As a reminder, the Global B electronic architecture was designed with robust security in mind, making it difficult for tuners to crack open. That said, John Hennessey was at the C8 reveal last year, and definitely has some connections at GM. Whether or not that gives the Hennessey Performance folks a leg up on making the new turbos work their magic with the LT2 remains to be seen.