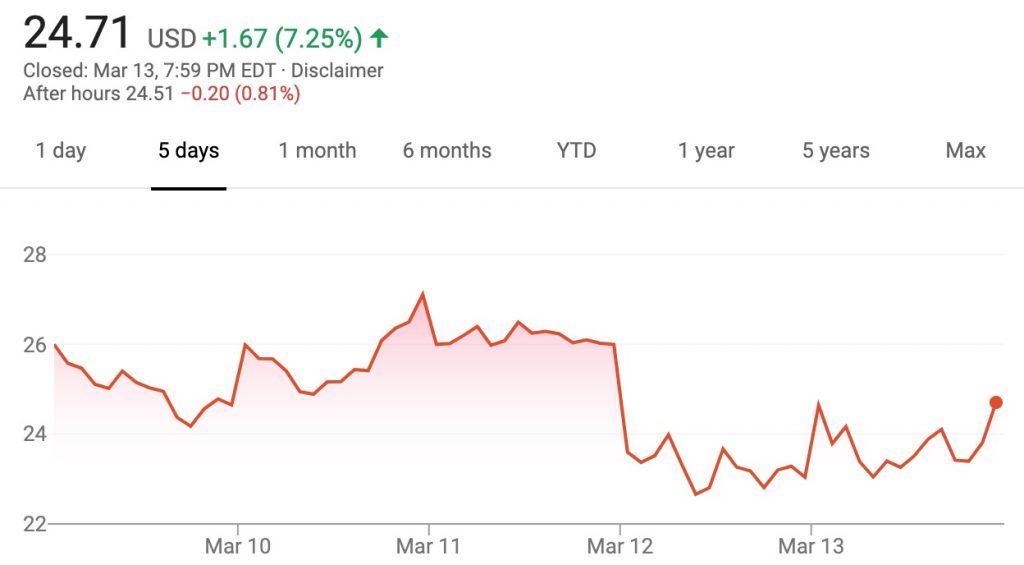 The above-average decrease in GM stock value is the fourth consecutive week of decline, following last week’s drop of 6 percent, which was preceded by a 12 percent drop.

Prior to the downward movement, GM shares experienced two consecutive weeks of growth, which in turn followed two weeks of decline. GM share values have been experiencing this continued ebb and flow since mid-2018, though the performance is ultimately a net loss for GM shareholders. The global impact of the coronavirus is negatively affecting the stock market as a whole. There are even claims that the infamous bug may have caused delays at the Flint Assembly plant in Michigan. However, the automaker is continuing mandatory overtime at the plant.

By comparison, shares of GM’s cross-town rival, the Ford Motor Company, decreased $0.86 per share, or 13 percent, this week.