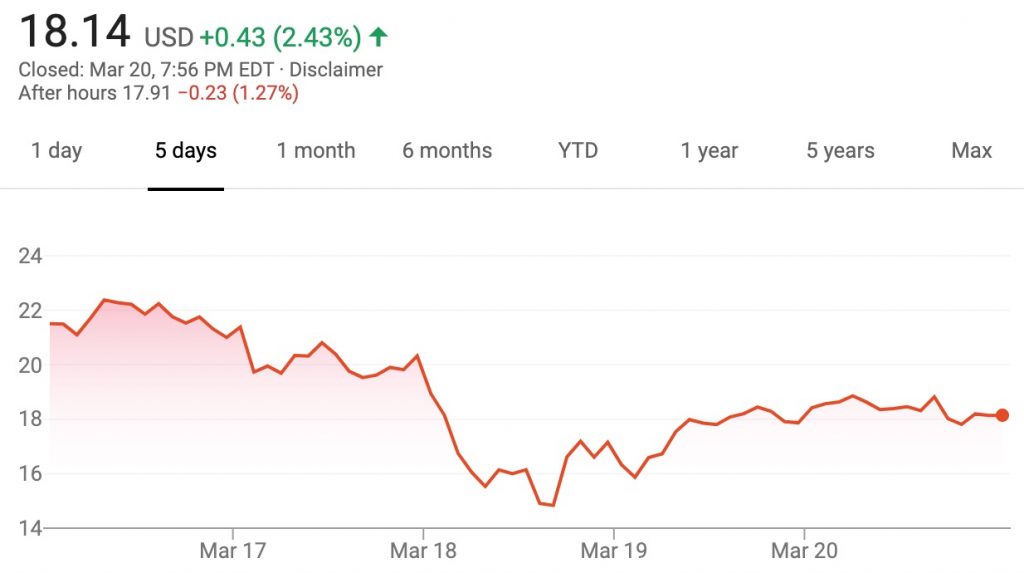 The above-average decrease in GM stock value marks the fifth consecutive week of decline, following last week’s drop of 14 percent, which was preceded by 6 and 12 percent drops in the two weeks prior.

Before the downward movement, GM shares experienced two consecutive weeks of growth, which in turn followed two weeks of decline. GM share values have been experiencing this continued ebb and flow since mid-2018, though the performance is ultimately a net loss for GM shareholders. The global impact of the coronavirus is negatively affecting the stock market as a whole.

The impact of the COVID-19 pandemic is not to be understated, as the Big Three domestic auto manufacturers – Ford, FCA, and GM – have ceased production amid the outbreak. That said, there is a notable difference in other key decisions made by the companies. Case in point, Ford reportedly opted to borrow $15.4 billion from its existing credit lines and suspend its dividend, while GM stayed the course. In turn, Ford stock continued to decline, while GM stock recovered from its weekly low of $14.32 experienced on Wednesday.

For context, below is a timeline illustrating all the ways that the coronavirus pandemic has influenced GM operations:

By comparison, shares of GM’s cross-town rival, the Ford Motor Company, decreased $1.30 per share, or 23 percent, this week.