Back in February of 2016, General Motors renamed its powertrain division to better reflect its expanding business, which at the time had recently grown to include hybrid and electric powertrains. Doing away with the old GM Powertrain moniker, the entity was named GM Global Propulsion Systems, a title that better conveyed “what we are developing and offering to our customers,” GM President Mark Reuss said.

Now GM Global Propulsions Systems has been put on the chopping block, however, with the company making major upheavals to the way its powertrain business is structured. GM actually made this adjustment last year, but it was brought to our attention thanks to a recent article from Wards Auto. With the change, almost all of GM’s powertrain engineers now fall under the newly established Global Product Group and work out of GM’s Global Technical Center in Warren, Michigan.

Previously, GM powertrain engineers would work out of the dedicated GM Global Propulsions Systems office in Pontiac, Michigan. This was done to ensure cohesion among powertrain programs, as GM engines and transmissions are typically used in a variety of different brands and vehicles. But with the addition of electric motors and batteries in GM’s powertrain portfolio, the automaker saw a need to optimize this approach. Now its powertrain engineers will work alongside other chassis and platform engineers at the Warren tech center, placing them closer to the vehicle program they’ve been assigned to.

“From the outside looking in, it probably seems like it’s a minimal change, but it’s a pretty foundational change in the way we’re approaching product development,” GM’s vice president-Autonomous & Electric Vehicle Programs, Ken Morris told Wards in a recent interview. “It really became clear that we had to be more integrated, so there was no friction loss by having handoffs from one organization to the other.” 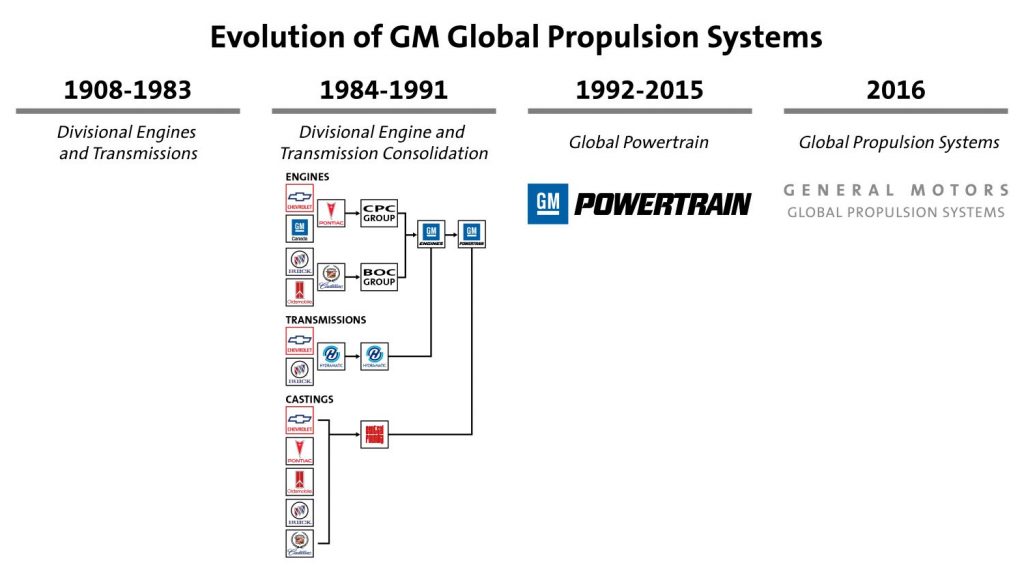 GM Powertrain was first established in 1992 in an attempt to simplify GM’s complicated divisional engine and transmission consolidation program. With an abundance of brands, engines and transmissions, establishing an entity solely responsible for powertrains helped to consolidate its powertrain engineering work.

According to Wards, about 3,500 designers and engineers have now left the old GM Global Propulsions Systems office for the Warren facility. About 1,200 employees remain in Pontiac, working mostly on fuel cell-related projects.